Nollywood actress, Halima Abubakar have finally summon courage to flaunt her son on social media months after she welcome him. 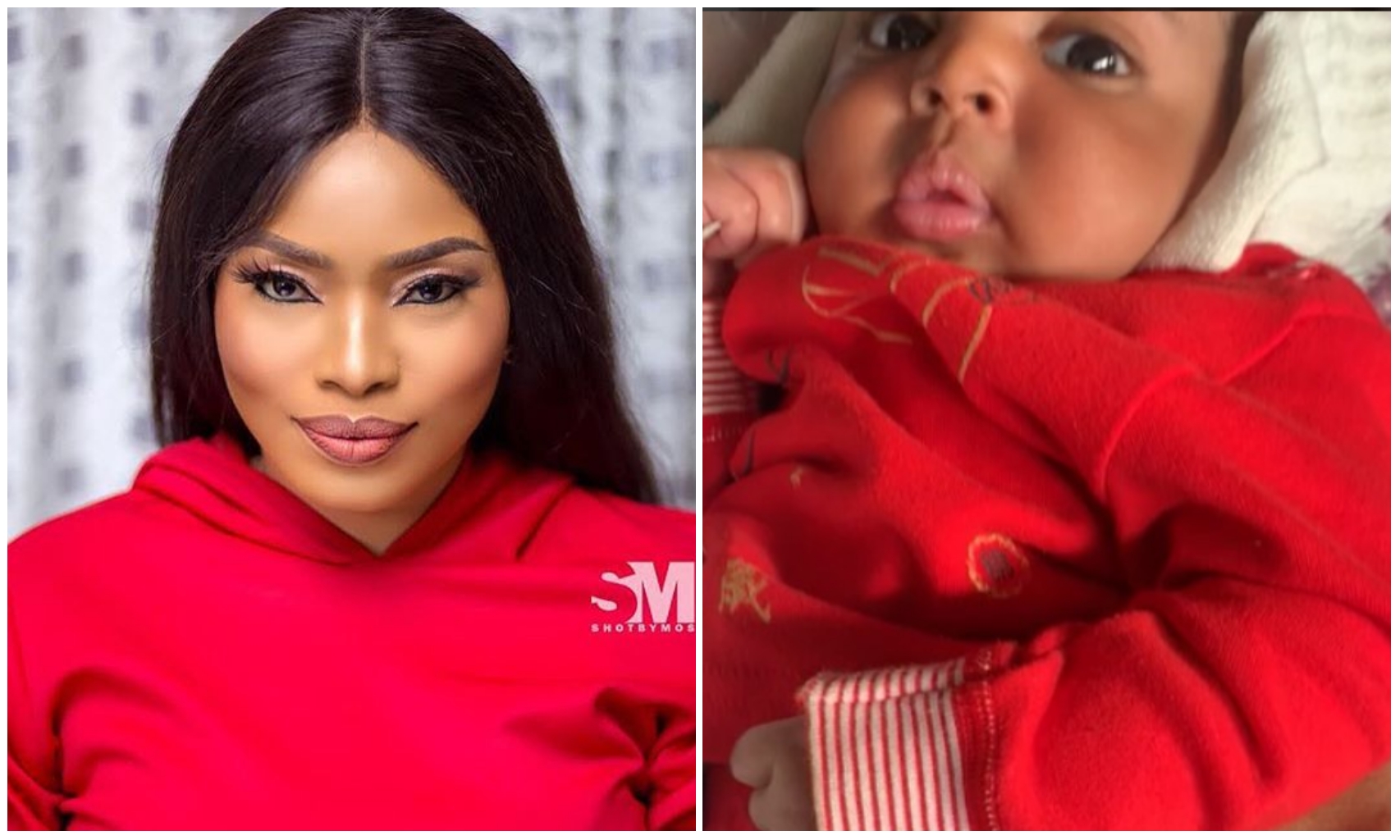 accused of posting the wrong child when she welcomed her son.

her new child and this caused a lot of controversies on social media.

her new son while celebrating another joyous Sunday.

were stuck to her page due to the picture of her new child.

See how Halima Abubakar flaunt her son below:

Though she has failed to reveal the father of her son, fans will be hoping she can

showcase on social media just like some female celebrities who are used to flaunting the love of their life.

#BBNAIJA: Gedoni Burst Into Tears After Khafi Called Him “Salt Of My Life”