Nollywood actress, Toyin Abraham has revealed that her present forced her into marrying her husband and father of child Kolawole Ajeyemi. 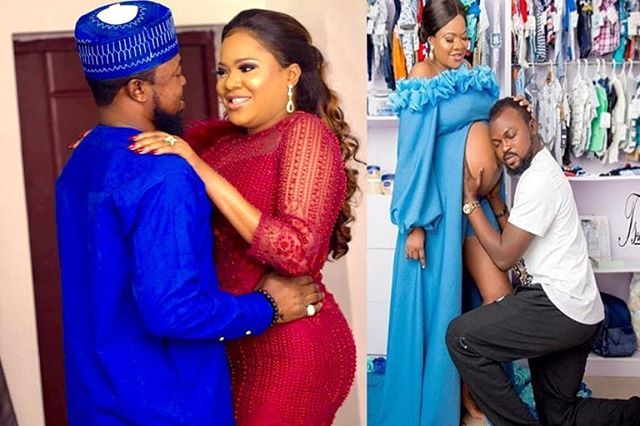 The couple share a lovely son, Ire who turned 1 on August 13 and was gifted a

luxurious customized lambo and swing car as his birthday present by his mother.

was to explain the situation to her parents.

In her own words:

“When he told me he wanted to meet my parents, i was worried because i didn’t how

to explain to them that i’m in relationship with an actor.”

“I told him I wasn’t ready” but as fate would have it, she fell pregnant at almost 40.”

“You know how i have been wanting to get pregnant, I have prayed, taken Agbo and

speech was going on, I remembered that i hadn’t seen my period for the month.”

“After the whole event, i got a test kit, went to my hotel room and boom, i screamed when it came out positive.”

Recalling how she felt throughout her pregnancy, she said:

“My food cravings was on another level, infact if we are to measure how much i ate while being pregnant, I shouldn’t be allowed to eat again till year 2029.”

“I ate so bad that if i see a person with ketchup on his face, i can finish him or her”