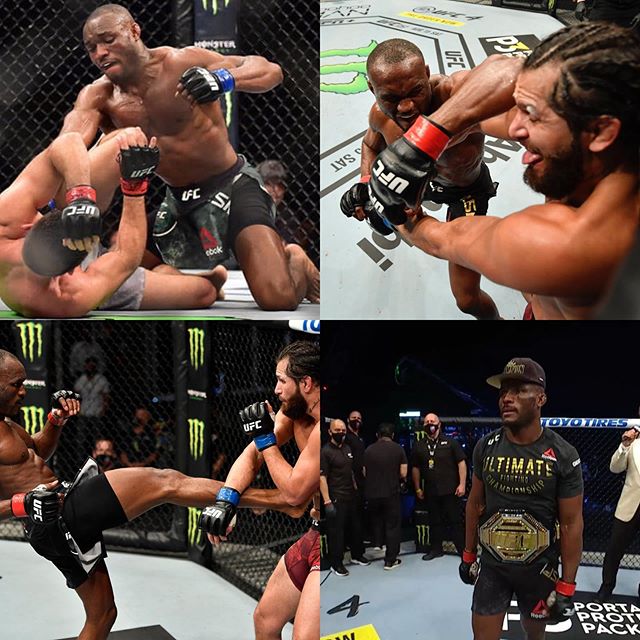 The Nigerian Nightmare made it his main goal to stop and nullify his opponent,

which he did so by grappling and tackling to the mat, as well as holding him up

against the cage and restricting Masvidal from doing basically anything.

Despite having a change of opponent very last minute, the Nigerian got the job done

and left Fight Island with his belt still wrapped firmly round his waist.

The main event in Abu Dhabi was supposed to be Usman vs Gilbert Burns,

but after he and his coach tested positive for coronavirus, they had to withdraw from fight night.

With president Dana White refusing to let that ruin the event, he went in search of a

replacement, and in stepped Masvidal.

and just the one defeat, whilst Masvidal now has a record of 35 wins and 14 defeats.