Home Entertainment Don’t judge me by my IG post, I can be shy if...

Instagram drama queen, Idris Okuneye popularly known as Bobrisky have finally reveal the kind person he is as he urge fans not to judge him by his post.

dramas and controversies on all platforms have seen him grown a huge fans base.

Instagram as he noted that he is a shy person outside.

official IG page as he revealed that his Instagram videos can be so deceiving.

in person before they judge him as he’s a different person outside social media. 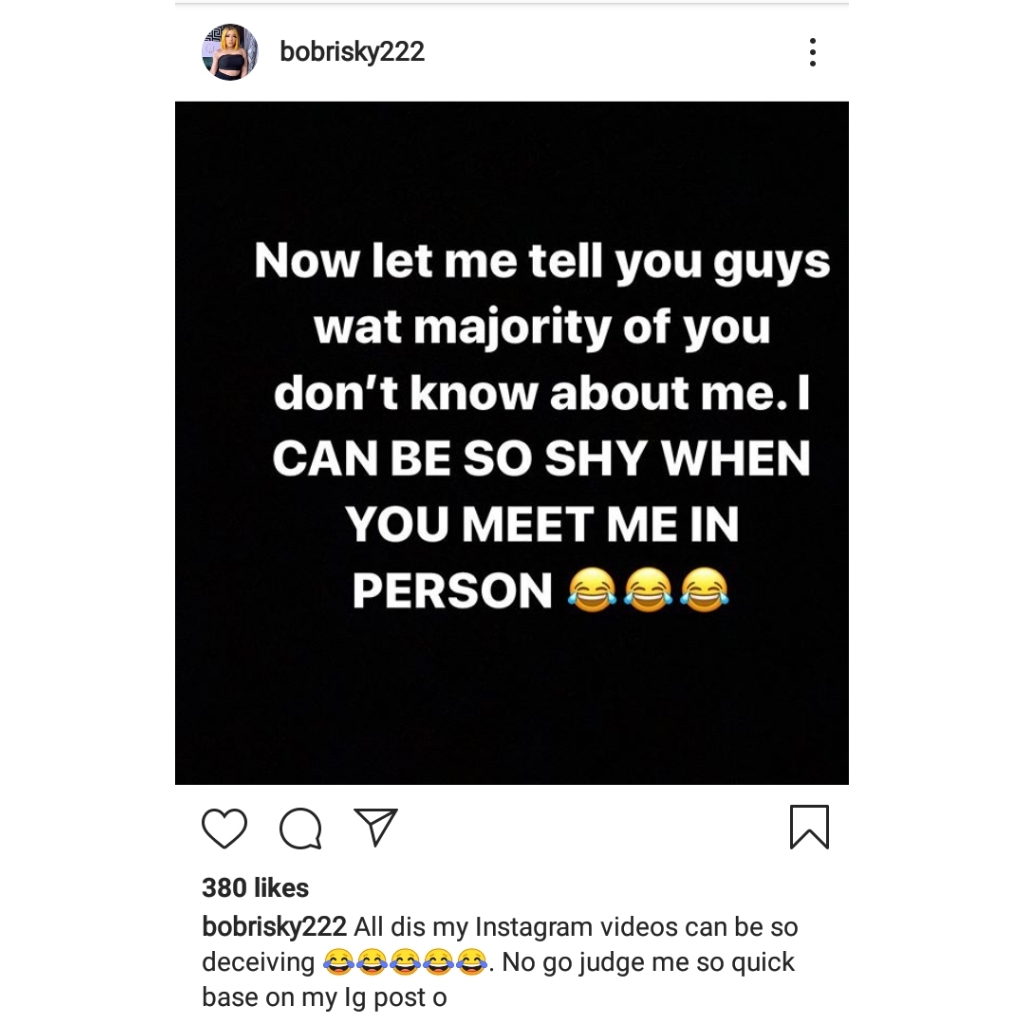 Bobrisky shocked fans somedays ago when he attended the birthday party of.his

cross-dressing to attend the birthday of his father but he defended his action.

Toolz Oniru Surprised as She Walks Out With Mike and his Wife, says they dint even Sweat