Nigerian Billionaire and proud father, Ned Nwoko is really excited at the new fatherhood journey ahead of him despite having some grown children. 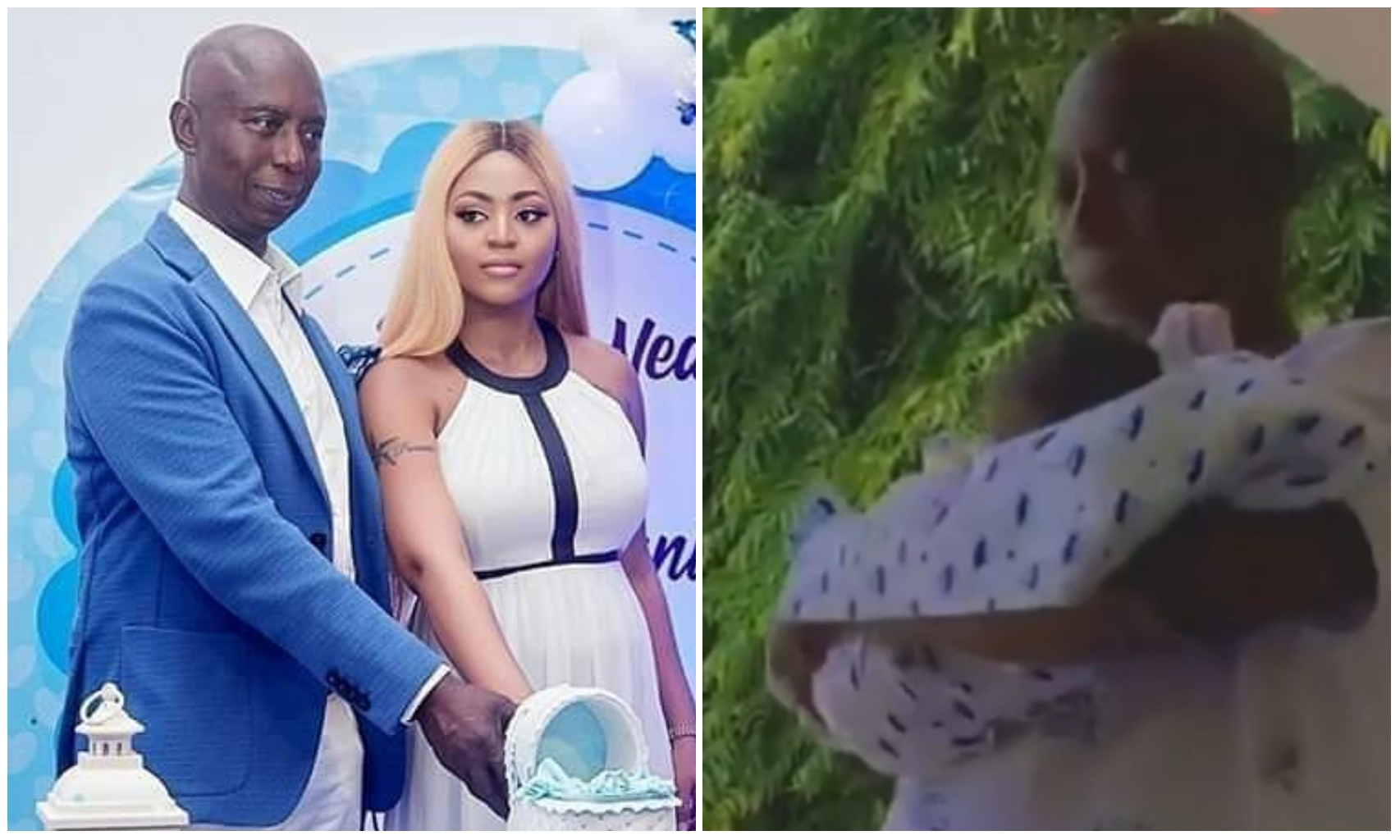 ago and the adorable young boy was named, Munir in a naming ceremony that

was attended by top dignitaries in the country.

before she put to bed have now switch the attention to their new son.

READ
If your lady has not reached an Orgasm this lockdown, you’re not a man – Joro Olumofin

in a way that would excite all father’s and those aspiring to be one in the future.

showing fans how beautiful she is despite having gone into labour some days ago.

fans and followers on social media as she insist it’s not surgery but a natural beauty.

Watch video of Ned Nwoko having a nice time with Munir below;

father who have not been supporting her marriage with Ned Nwoko.

Regina Daniels father revealed that he has supported the marriage during the naming ceremony of Munir as he wished both couple the best life has to offer.

Violette Johnson - September 9, 2019 0
Quite impressive it is when you see sigha billionaire having simple meal, something light, for chops unlike how majority if us masses did it...

Adedokun Moses - April 13, 2020 0
Kenyan socialite, Huddah Monroe rubbishes 2020 Forbes Africa 30 under 30 list that was released some days ago. Forbes is a global media company which...

Shan George recovering speedily as motivating pictures of her stepping out for the first...

Violette Johnson - September 8, 2019 0
Good news for veteran Nigerian actress, Shan George as it appears that she is speedingly recovering from her recent spine surgery. Shan George who...

I have never owed my staffs Salaries 7 years since I Started Mavin Records...

Adedokun Moses - April 19, 2020 0
Ghanaian singer and songwriter, Shatta Wale is set to visit Nigeria so as to have a nice time with reality star, Tacha. Shatta Wale in...