Home Entertainment All deceased people of 2020 should be tested for Covid-19 – Kemi...

Controversial journalists, Kemi Olunloyo has advised the Government to test all deceased people who died in 2020 for Coronavirus.

According to the investigative journalists, Coronavirus who has caused the death of

With this in mind, she advised the Government to test all corpse that have 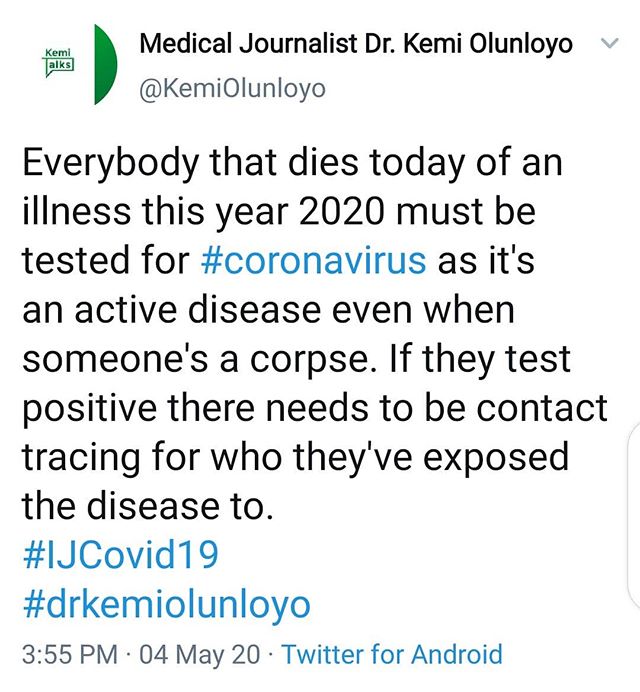 Kemi Olunloyo has been revealing some deep secret about the pandemic virus in the past few days.

Earlier today, the controversial journalists broke silence on the death of video vixen,

Picture Kodak who died some days ago.

According to Kemi Olunloyo, the deceased was murdered and she will be revealing the case anytime from now.

Kemi Olunloyo noted that she has solved the case and waiting for the right time.to

reveal what actually happened, a day fans and followers of Picture Kodak will be waiting for.