There was uproar at an ATM stand in Lagos today as a man slumps after having difficulties in breathing. 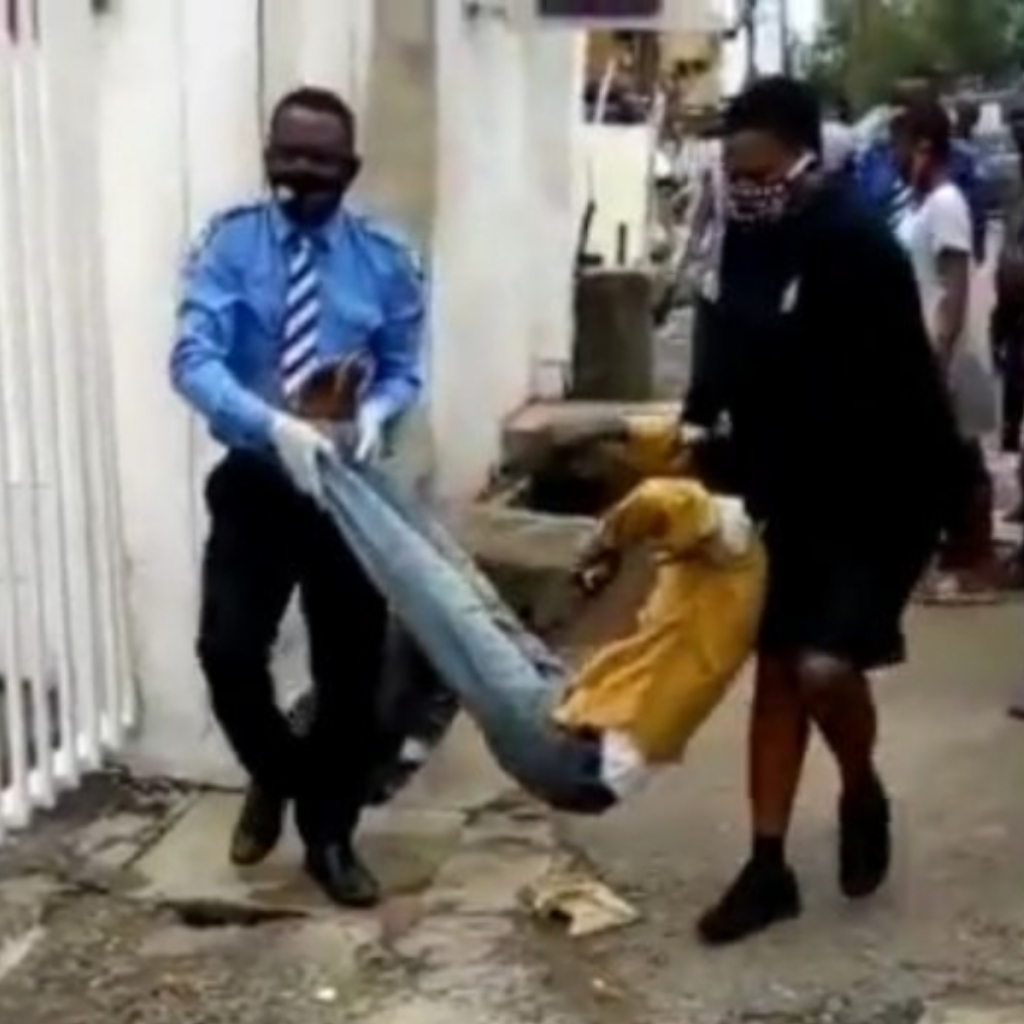 With today being the first day citizens are going out after the lockdown was eased,

they tend to make use of the time wasted during lockdown.

spotted in large numbers vying hard to make sure they are attended to.

However, things took a new turn as a customer who was reportedly using the

ATM started finding it difficult to breath and he collapsed.

The event was reportedly to have happened at FCMB Onipanu in Lagos.

According to reports, when security men checked his temperature, it was said to be

alarming as Bank customers took to their heels

This was reportedly at FCMB Onipanu in Lagos today. . . The man reportedly started finding it difficult to breath and he collapsed while using ATM machine. . . When the security men checked his temperature, it was said to be alarming as Bank customers too to their heels

Nigeria have been recording increase in the number of affected citizens ever since the first case was reported.

“Down With A Terrible Cold But My Heart Came To Visit Me At Work”-Bolanle Olukanni Shares Her Brief Illness As She Flaunts Her Cute...