Home Entertainment Celebrities “All I want is to hear your voice” – Frankie Jay makes...

Toke Makinwa have really capture the heart of singer Frankie Jay as he just couldn’t get his mind off the sexy media personality. 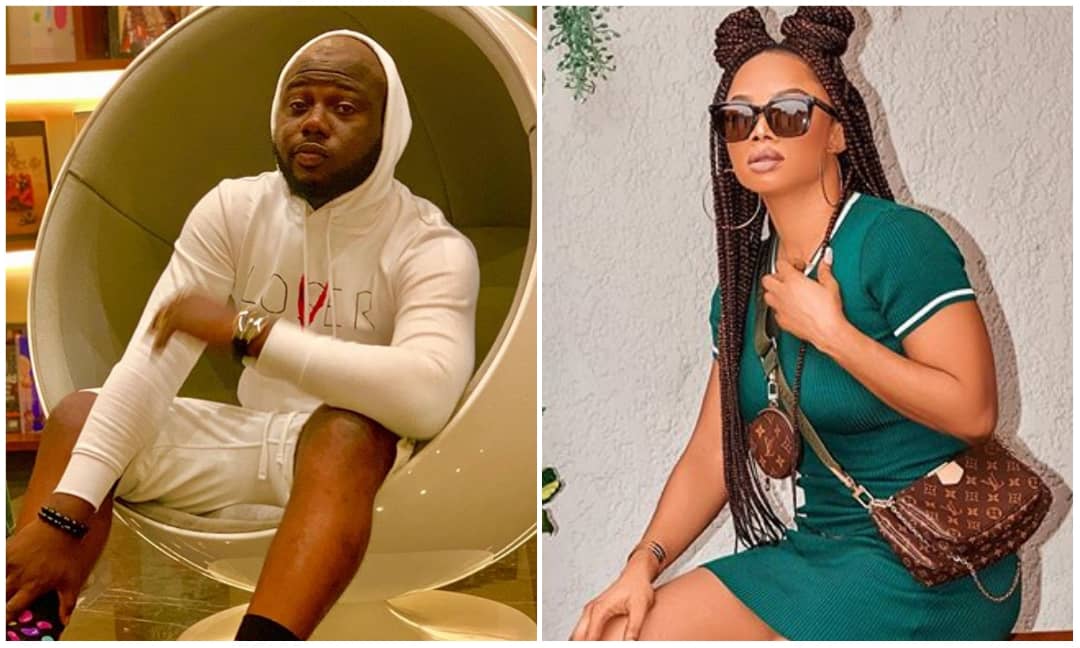 much he love Toke Makinwa by bragging that he would spend

enough money on the sexy screen diva if she agrees to go on a date with him.

the love and affection he has for her, the singer is not giving up as he

pleads to just hear her voice.

Today, July 8 is Frankie Jay’s birthday and the singer took to his official

Instagram Page to ask for just one thing from the sexy media personality.

to make his birthday a memorable one by giving her a call.

He noted that he would like to be with Toke Makinwa on his birthday,

breathe the same air with her and also hear her talk.

Toke Makinwa have however been staying off any relationship that might

energy in some projects that have seen her become one of the most sort after talent in the entertainment industry. 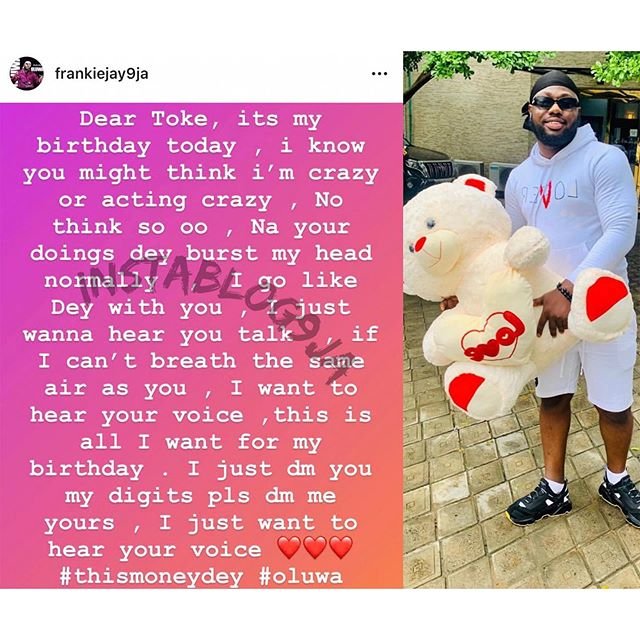