Home Entertainment All work and no play makes Mercy a dull girl – Mercy...

Nollywood actress mercy aigbe hit Instagram with another sexy gown
Mercy Aigbe is a Nigerian actress, director and businesswoman. Who is best known for her Yoruba indigenous movies. 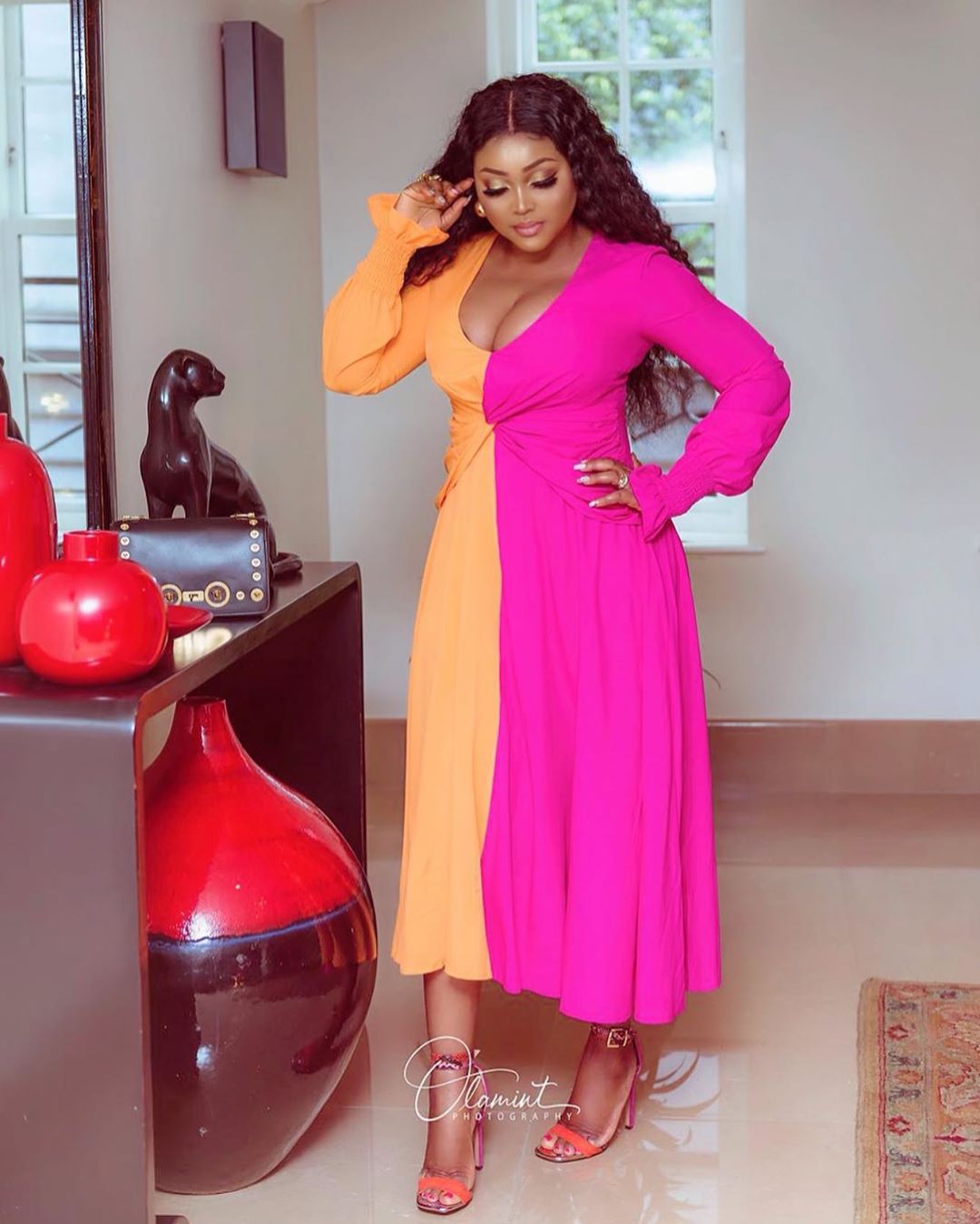 The model who is known for her unique style and dressing, during 2016 Africa Magic Viewers Choice Awards, Mercy Aigbe’s dress earned her great applause from fashion stakeholders, and she trended on social media even after ceremony just as her instagram page are filled with beauty, fashion and designers like she did today storming instagram with the most sexy outfit if the day

James Antwi - August 5, 2019 0
Rumors circulating that music and business mogul, Diddy, is in relationship with Steve Harvey’s 22-year old daughter Lori have come to reality with photos of...

Violette Johnson - November 1, 2019 0
Ex BBnaija housemate mike who has been on a stunning form recently took his Instagram page to upload a voguish white Agbada outfit. Mike who...

Adedokun Moses - May 2, 2020 0
Popular cross-dresser and socialite, Bobrisky has taken to his Instagram Page to mourn the death of his mother. Bobrisky took to the social media platforms...

Violette Johnson - August 17, 2019 0
Ghanainan rapper, Linford Kennedy Amankwaa, better known by his stage name Ko-Jo Cue has admitted that he is not pushing enough to gain the...

“Stay Calm, Stay Safe” – Laura Ikeji and husband all loved up in new...

Adedokun Moses - May 1, 2020 0
Fashion blogger, Laura Ikeji and her husband, Ogbonna Kanu are using this lockdown period the best way ever. Laura Ikeji has been consistent in showing...