Hushpuppi have become a global star with his arrest by the FBI and Interpol already being streamed on all media outlets across the globe.

Station, Sky Sport news over reports that he tried to scam a Premier League club.

According to reports, Hushpuppi was to scam an EPL team of $124 million before

he was apprehended by the authorities.

With the news still fresh in the memories of Nigerians, Hushpuppi was among the

socialite continue to trend for his wrongdoings.

See screenshots of how Sky Sport reported Hushpuppi’s case below:

Hushpuppi have been accused of duping over 1.9 million innocent people across the

said to be paying 600k every night.

media as he cans brag of exotic cars as well as wrist watch and neck lace worth million of dollars. 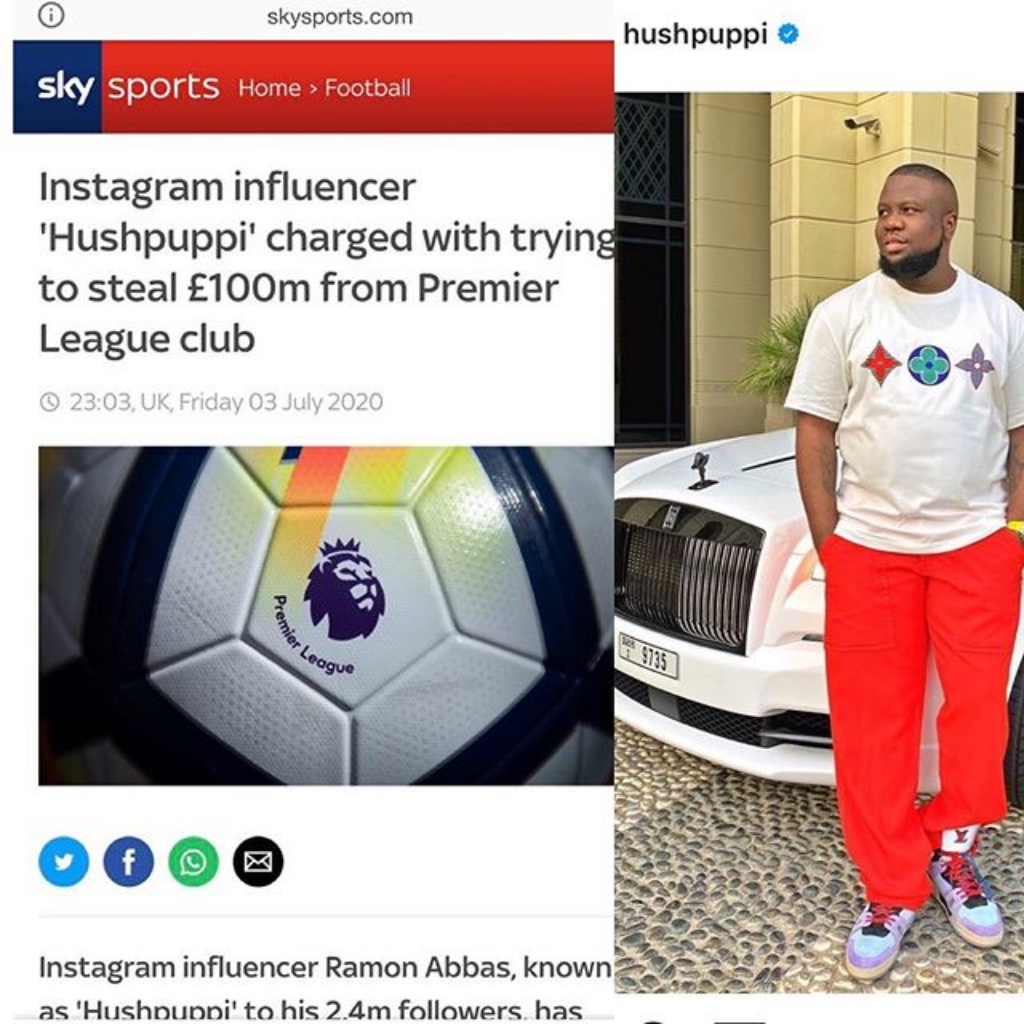 Don’t fall in love with your Resume if yon want to grow says:Bankulli