Nollywood actress, Anita Joseph and her husband, MC Fish, have been dragged on social media for wearing a face mask I their house.

social media platforms, Anita Joseph and her husband, MC Fish have been caught in a cross road.

not pleased with her dress sense.

a facemask, a move that was nott too good in the eyes of a fans.

According to the fans who could not hide his displeasure, facemask are meant to.be

rocked outside the house and not indoor as done by the actress and her husband.

However, Anita Joseph who does not have time for such fired back at him in a show she’s ready for any troll. 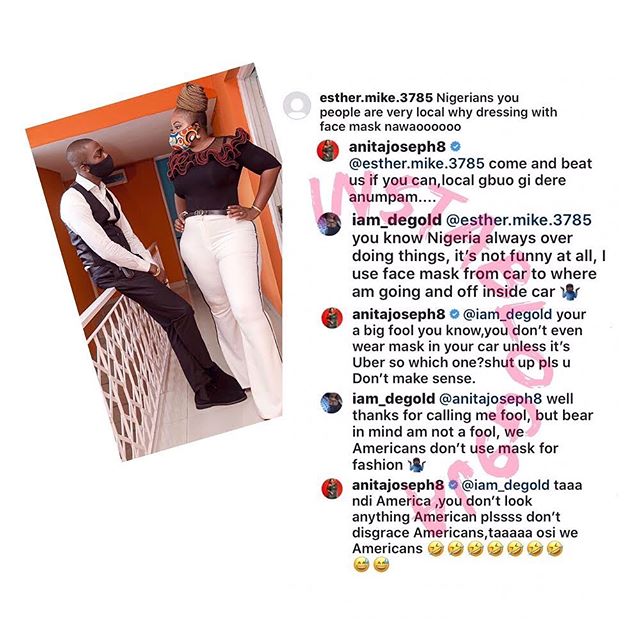 low key wedding that was attended by family and friends.

With her outrage on social media, fans will be thinking twics before commenting on

her pictures that’s known to be sultry and eye catching.

Anita Joseph on her part will not stop tempting fans with her picture as it has become a trend she won’t love to stop.