Home Entertainment Photos of Anthony Joshua with Megan Markle and Queen of England at...

the Commonwealth Day Service earlier today at Westminster Abbey in the United Kingdom. 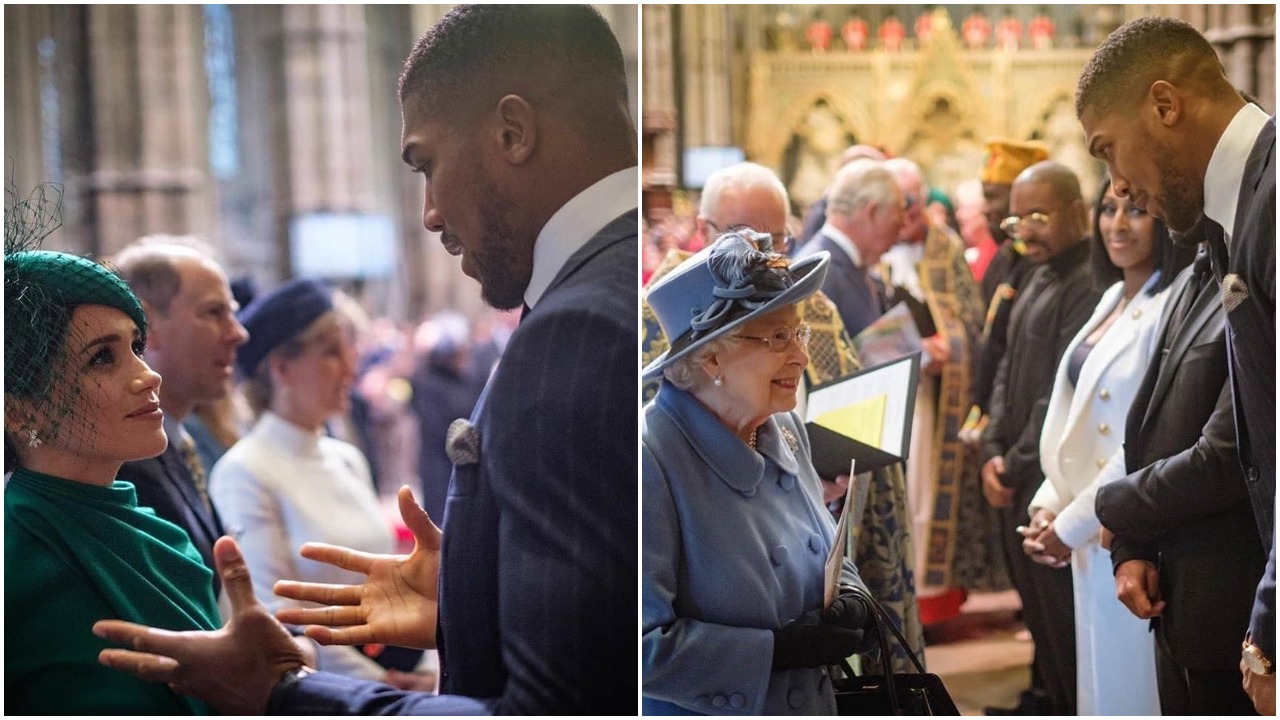 with the Queen of England, Elizabeth Alexandra Mary Windsor.

While later on as the service progressed had a lovely chat with the duchess herself Megan Markle wife of Prince Harry of England.

Anthony Joshua pictured with Meghan Markle and the Queen of England at the Commonwealth Day Celebration service at Westminister Abbey today March 9th.

Recall some weeks ago, Joshua retained his WBC belts after defeating Andy Ruiz in Saudi

Arabia  based on point decision, he had earlier in the year lost to Ruiz in an unexpected

with a couple of women, most especially the famous Nigerian Female DJ, DJ Cuppy whom

is the daughter of Nigerian Billionaire Femi Otedola.

which includes his WBO, WBA and IBF against a former challenger Kubrat Pulev.

Anthony Oluwafemi Olaseni Joshua, OBE is an English professional boxer who is a two-time

unified heavyweight champion, having held the WBA, IBF, WBO, and IBO titles since