Reality star and brand influencer, Mercy Eke have decided to spoil herself with a brand new Range Rover Velar for her 27th birthday. 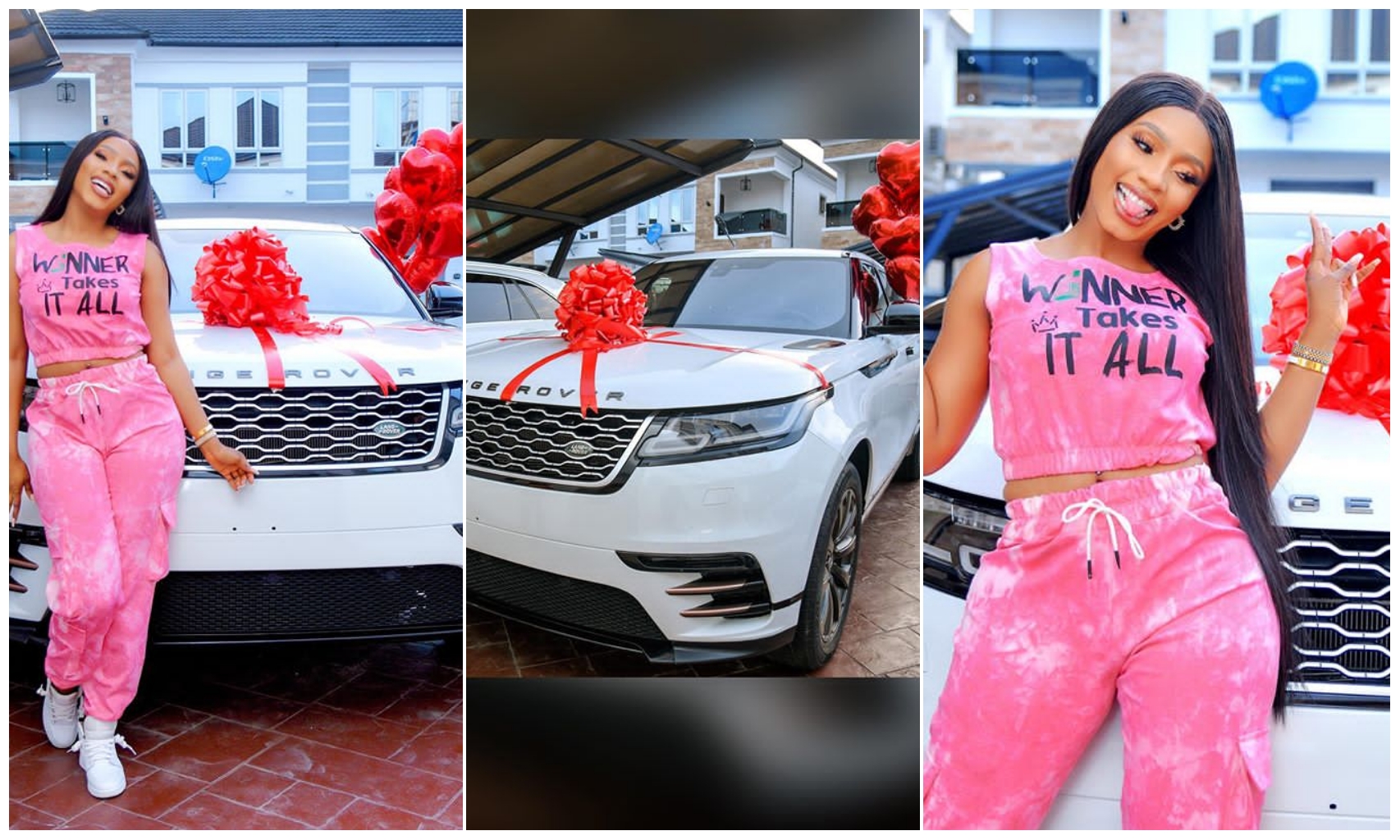 and that showed she’s not taking the new age for granted.

READ
#BBNaija: I will be miserable if you don’t survive eviction – Nengi tells Ozo (Video)

of content that she’s popularly called by her fans and followers on social media.

new million naira car she has decided to gift herself for the new milestone.

have been able to gift herself such a precious gift that she has always wanted.

READ
#EndSars: We won't support any politician that fail to support our struggle – Leo Dasilva

See pictures of the new ride below:

Former participant at the Big Brother Naija show including Ike, her boyfriend have all

celebrated her on their respective social media platforms and the celebration will surely continue.

Violette Johnson - August 12, 2019 0
Most fans have been forever curious to know how much their favourite artiste charge for their shows. To some, the amount an artiste receives for...

Chioma share romantic kiss with davido as she plan to celebrate his birthday in...

Violette Johnson - November 20, 2019 0
Chioma share romantic kiss with hubby as she plan to wish him happy birthday in advance. Mama ifeanyi took to her page to celebrate davido...

Violette Johnson - September 29, 2019 0
So it's a bit confusing at the moment to know that actress Uche Ogbodo who has never openly supported Tacha now suddenly jumped onto...

Violette Johnson - August 30, 2019 0
How often do you see a pretty chic - an ebony gorgeous babe at that - flaunt that natural beauty in a lingerie...it's not...