In a startling manner, the ‘Pepper dem’ BBNaija housemates experienced a real treat as Jidenna called on them.

They were indeed perplexed and just as some of them were still wondering why, the doors opened and the host for the show, Ebuka walked in with no other person than Jidenna. 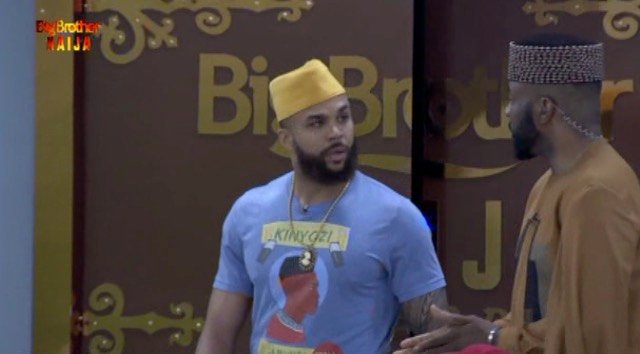 Most of the housemates forgot they received the freeze command and immediately jumped up and started screaming.

Yo! Yo! Yo! @Jidenna is in the Pepper Dem House!#BBNaijahttps://t.co/4cHCj0BQLa pic.twitter.com/jzzcPBQngN

The housemates had to be reminded by Khafi, the current head of house to freeze. Ebuka went on to give Jidenna a tour of the house and surprisingly, they left the house while the housemates were still frozen thereby riding the housemates of the opportunity to talk with him.

Why were the housemates looking like that when Jidenna walked in? ???#BBNaija #BNxBBNaija4 #Bet9jaBBNEviction pic.twitter.com/Yx42EPzGAy

Recount that earlier on, Jidenna had dropped a hint on his Twitter handle as he asked Nigerians for their opinion on what to do if he ever pays a visit to the BBNaija house.

If I fall in Biggie house, which kind advice I fit nack give these housemates dem? Who I fit follow yarn, who I go follow groove, who I fit use my voice totori am? And which song I go Gbese!? #bbnaija