Home Entertainment BBNaija #BBNaija: Virtual wedding of Lilo and Eric set to hold on the...

Fans of the Big Brother Naija reality show are set to hosy the wedding party for season five housemate, Lilo and Eric who are currently having a nice time in the house. 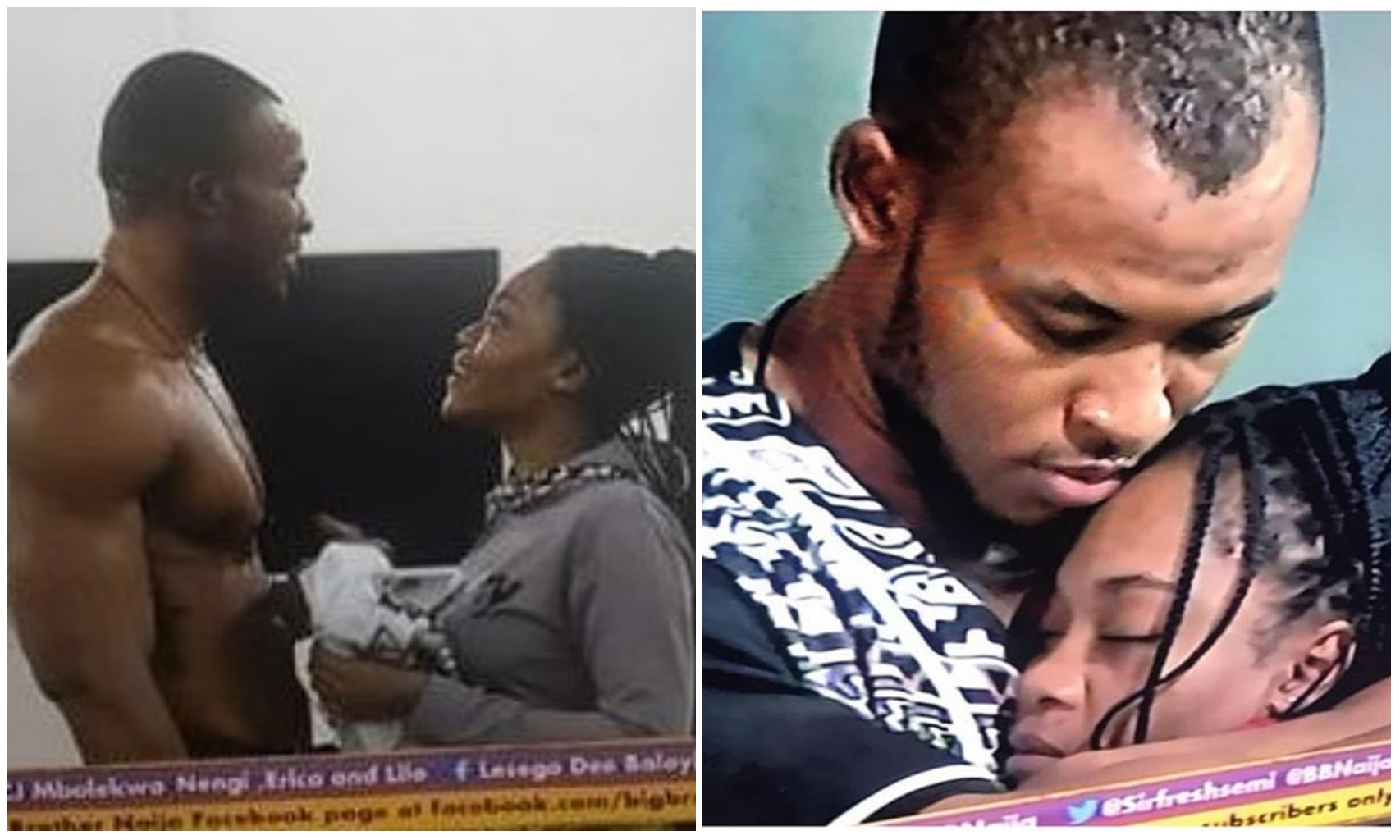 Africa started, Lilo and Eric have grown a great friendship with one another as they

just can’t keep their eyes off themselves.

some romantic moment together as the duo have been spotted kissing

as they’ve decided to host their wedding ceremony on the internet.

According to the invitation card that have since gone viral online, the Virtua wedding

ceremony between and Eric and Lilo will come up on the 3rd of August.

See the wedding invitation below:

they’ve been engaged by their fans and followers outside the show.

Both housemates were seen under the duvet having a nice time and this have got fans talking on all social media platforms.

Praise is engaged outside the show while Ka3na is a mother of one who is currently married to a white man and this has raised eyebrows on social media. 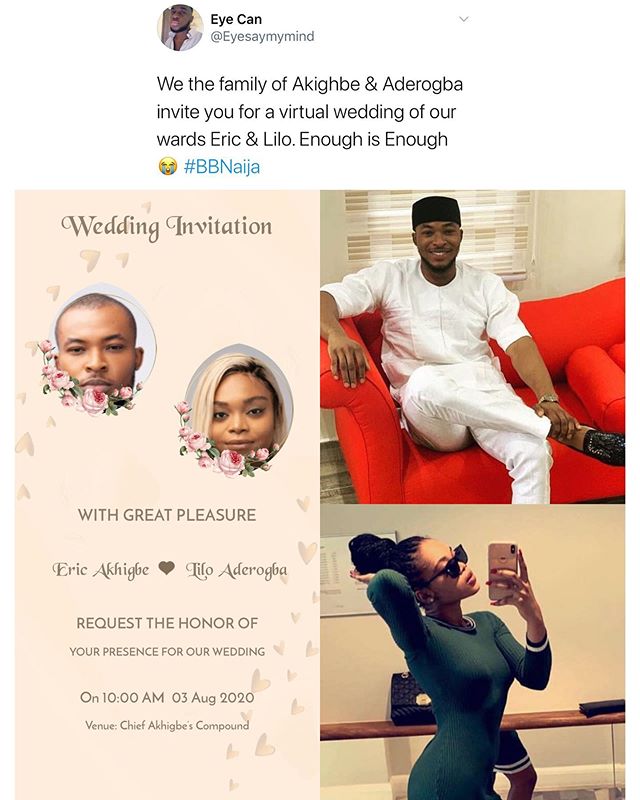 James Antwi - September 12, 2019 0
Most decorated Ghanaian rapper, Sarkodie has finally refuted allegations that he turned down Obrafour’s call for his ”Pae Mu Ka” documentary. A couple of days...

Violette Johnson - October 13, 2019 0
Obviously Kim Kardashian is known to have a keen attribute for venturing into new markets with only the possibility of making money, and as...

Simi confesses love for Yemi Alade, says “You inspire me”

Violette Johnson - December 5, 2019 0
The music industry is full of sycophants & hypocrites who only recognize you for what they stand to gain. It is what it is....

Violette Johnson - December 16, 2019 0
These are interesting times for Ghanaian music artiste Shatta Wale as he recognizes himself as being a citizen of Nigeria after hinting some days...