Reality Star, Vandora Emikhe-Williams was in heated exchange with a fan as she advice her. 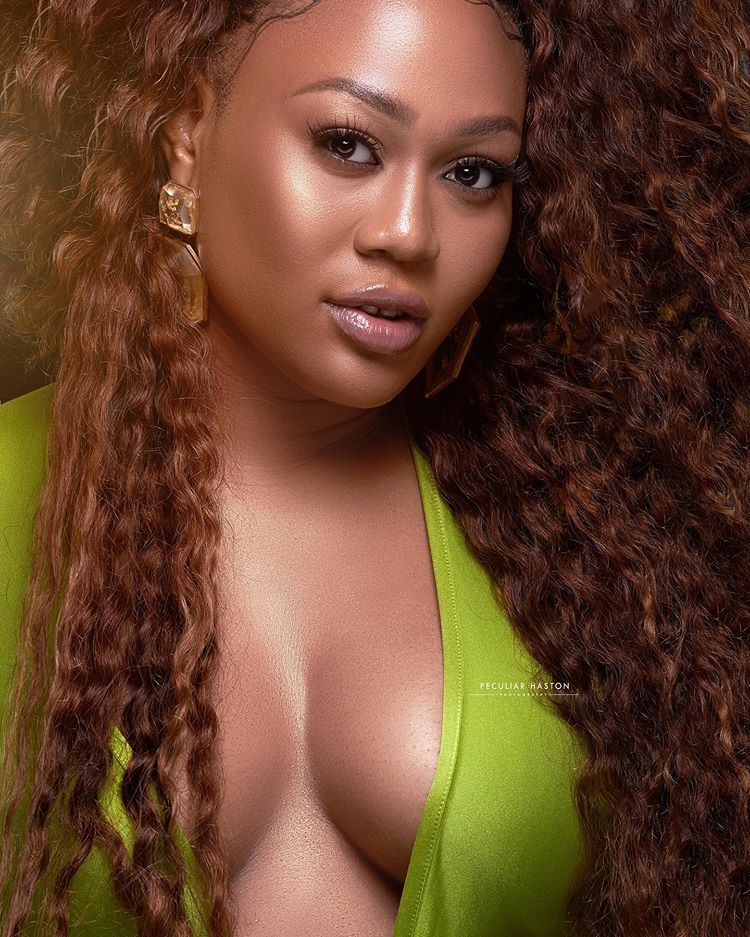 Vandora who is also a model posted a message on her Instagram Page as she noted she’s a priveledge and not a luxury.

However, the fan who seem to be in a mood to troll her answered her by stating that she’s not beautiful as she may think she’s a Beyonce or Rihanna.

Vandora in her usual self adviced her by asking her why she’s so bitter. 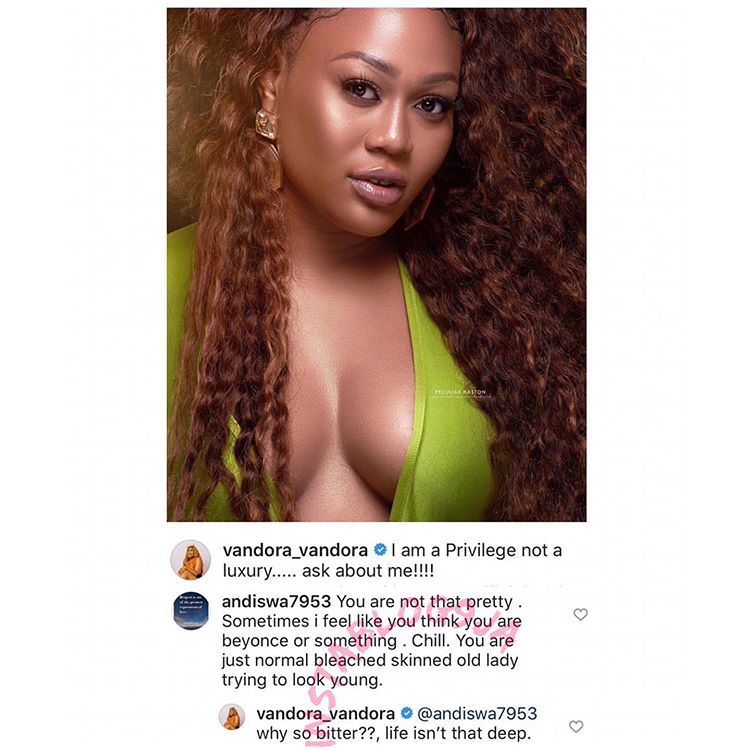 There’s no creativity in the grave – Comedian Cute Abiola sends strong message to...

Adedokun Moses - October 12, 2020 0
Talented comedian and actor, Cute Abiola have sent a strong message to his fans across the world as he noted that there's no creativity...

Adedokun Moses - May 17, 2020 0
The entertainmemt world is about to get more intriguing as star Comedian, Basket Mouth, plans to premier his comedy show, Sunday Night Laugh. Basket Mouth...

“Body odour have power of persuasion stronger than words” – Ubi Franklin claps back...

Adedokun Moses - April 5, 2020 0
Music artist manager, Ubi Franklin claps back at Tacha as the drama between both stars continues. Recall that Tacha slammed the entrepreneur some hours ago...