Home Entertainment “Being married, having kids are not achievements” — TV Personality Bukunmi

Talented female television host, Bukunmi Adeaga Ilori has a message for all women in the country as she urge them not to be pressured into getting married. 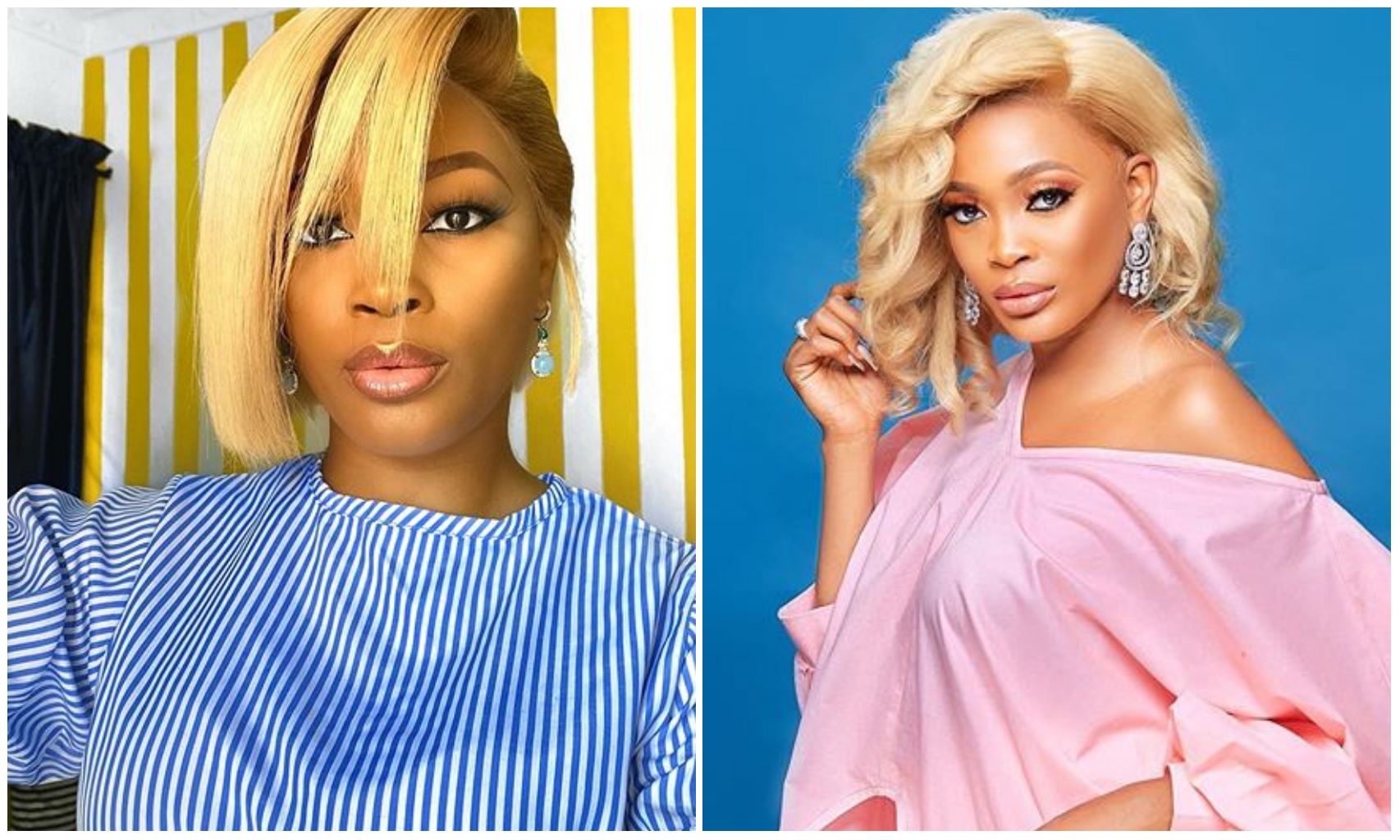 surface on a daily basis.

Sometimes couples go as far as killing themselves when the relationship

to their fans on their respective social media platforms.

READ
Pretty Mike not ready to give up on people

a relationship as marriage is not an achievement.

he wish to give.

She added that Nobody’s marriage is a goal and so ladies should not be pressured into one just because their friends are engaged. 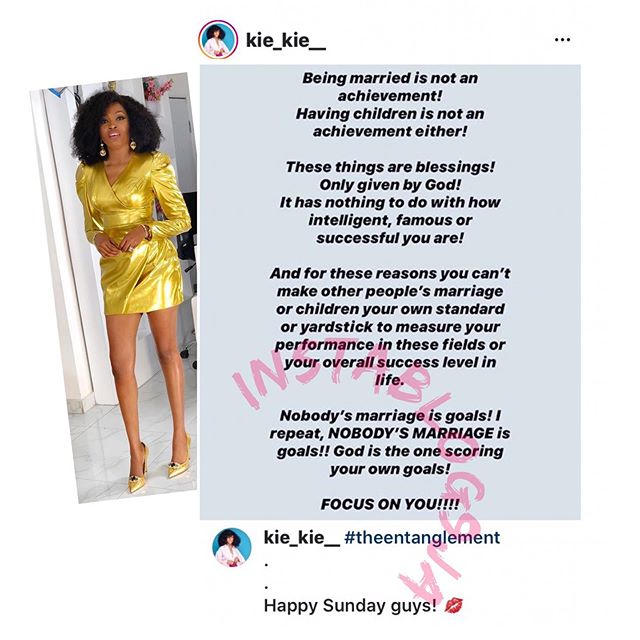 “I pity those crushing on me based on my big Bum Bum Pictures ”...

Adedokun Moses - April 26, 2020 0
Nollywood actress, Daniella Okeke has taken to social media to show sympathy to men who crushing on her based on pictures she post on...

Olumide Oluwaseyi - September 29, 2019 0
Its been an intense week in the Big Brother Naija Reality show of 2019, as two housemates  in person of Tacha and Cindy where...

Violette Johnson - August 8, 2019 0
In a rather cryptic note via her instagram page, American singer Keri Hilson seems to be addressing an issue which was personal to her. Though...

Adedokun Moses - June 17, 2020 0
A sad news have struck the entertainment industry as popular OAP Dan Foster allegedly dies of Covid19 complications. 2020 is a year everyone acrpss the...

Adedokun Moses - May 29, 2020 0
The Nigeria Police Force says it granted cross-dresser, Idris Okuneye, popularly known as Bobrisky, bail because it is “mindful of the people” it takes...