Reality star, Mike Edwards have thrown a jibe at American singer and songwriter, Beyonce over her continuous silence on the ongoing EndSars movement. 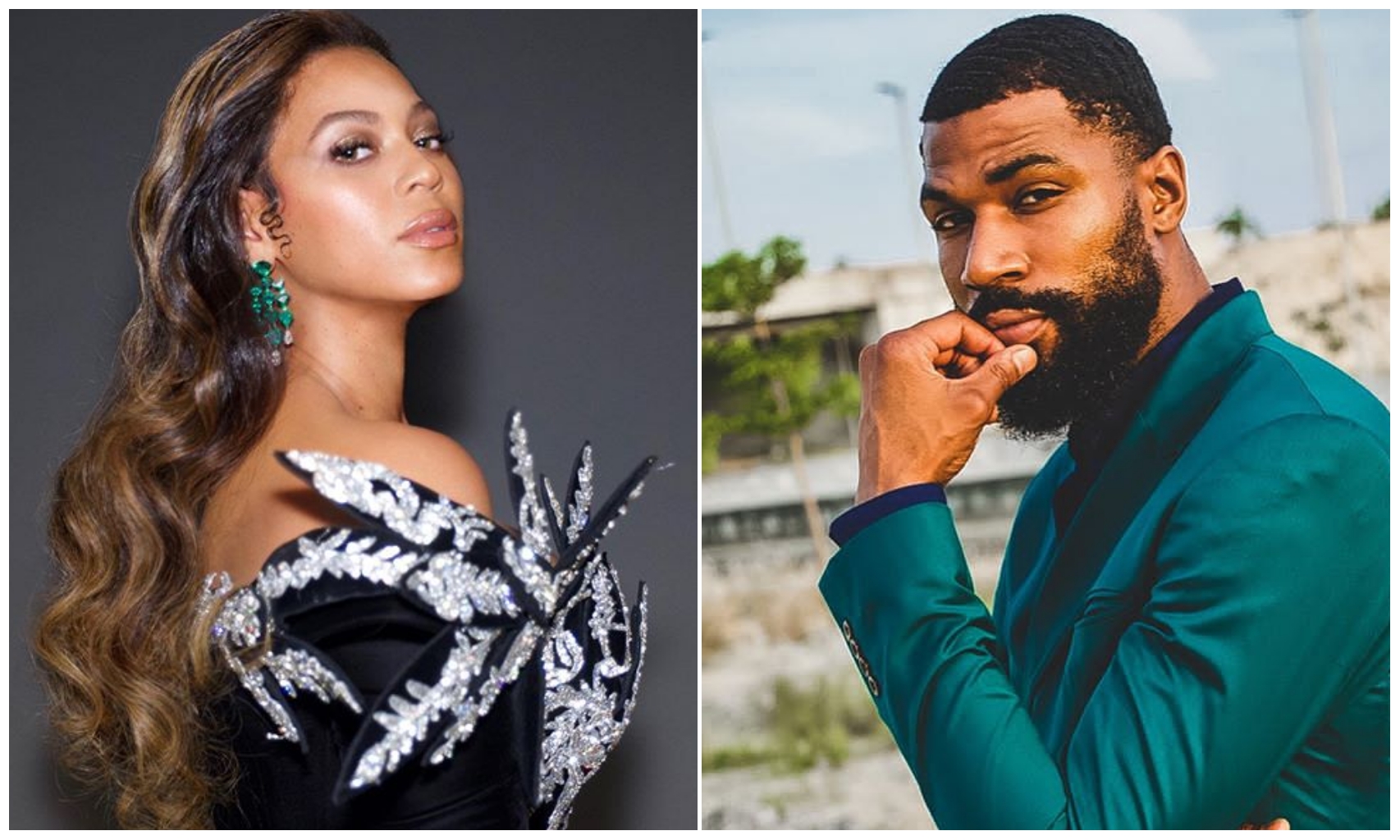 to voice out their frustrations.

Top personalities like Drake, TD Jakes, Roddy Ricch, Cardi B and a host of others

have all joined the movement.

However, Beyonce who have one of the greatest fans base on Africa and Nigeria

have failed to join the movement despite pleas from top personalities in Nigeria.

Award winning singer and songwriter, Tiwa Savage some days ago called on Beyonce

to speak out on the EndSars movement but that has not been coming.

Not too delighted with her behaviors,Ike who rose to fame after participating at the

should move on and concentrate on the task ahead of them. 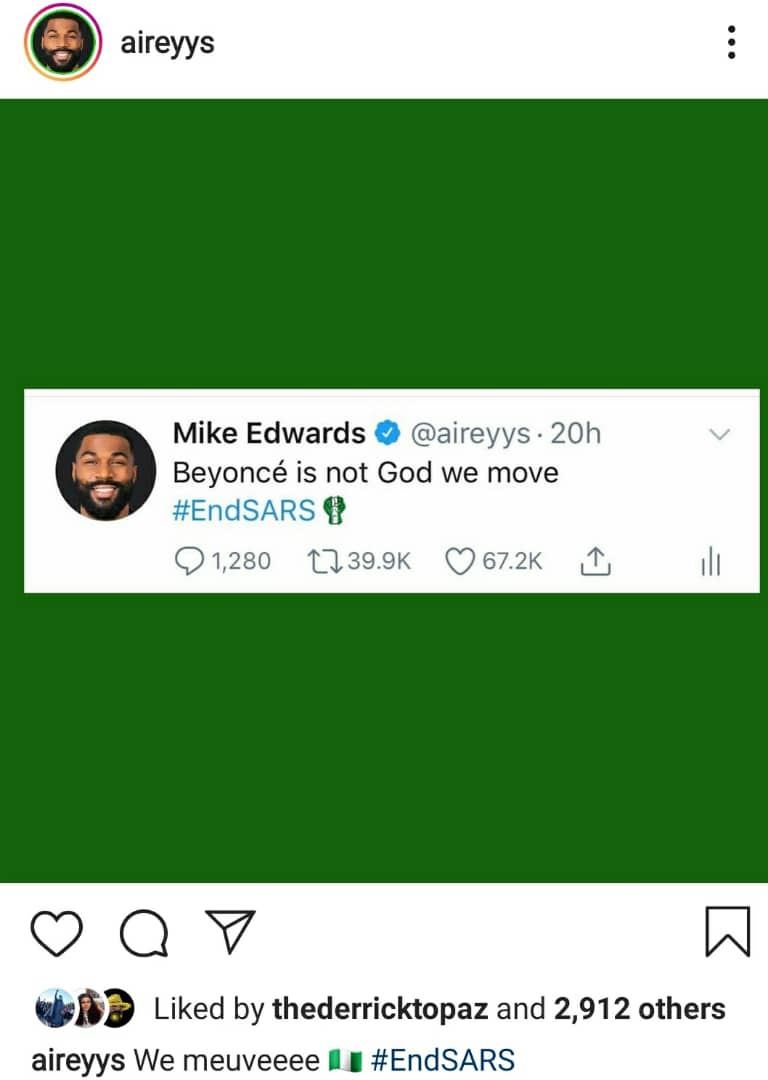 as they were joined by some Nigerians who are living in the city.

The EndSars protest have continued across states in Nigeria and it’s left to see if Beyonce will finally succumb to pressure and join the movement.