Home Entertainment “I don’t compete with rats, I own my crown” – Bobrisky shades...

Idris Okuneye popularly known as Bobrisky took to his Instagram page to fire some warning shots at her copy cats cross dresser, letting them know they cant compete.

crown as she reminds her other cross dresser competitors  Jay Boogie and James Brown that they wished to compete but their Account balance cant.

him as they always run into millions.

The 26 year old cross dresser revealed yesterday that thank God he changed his gender to female as all men are born to suffer to impress or keep a woman. 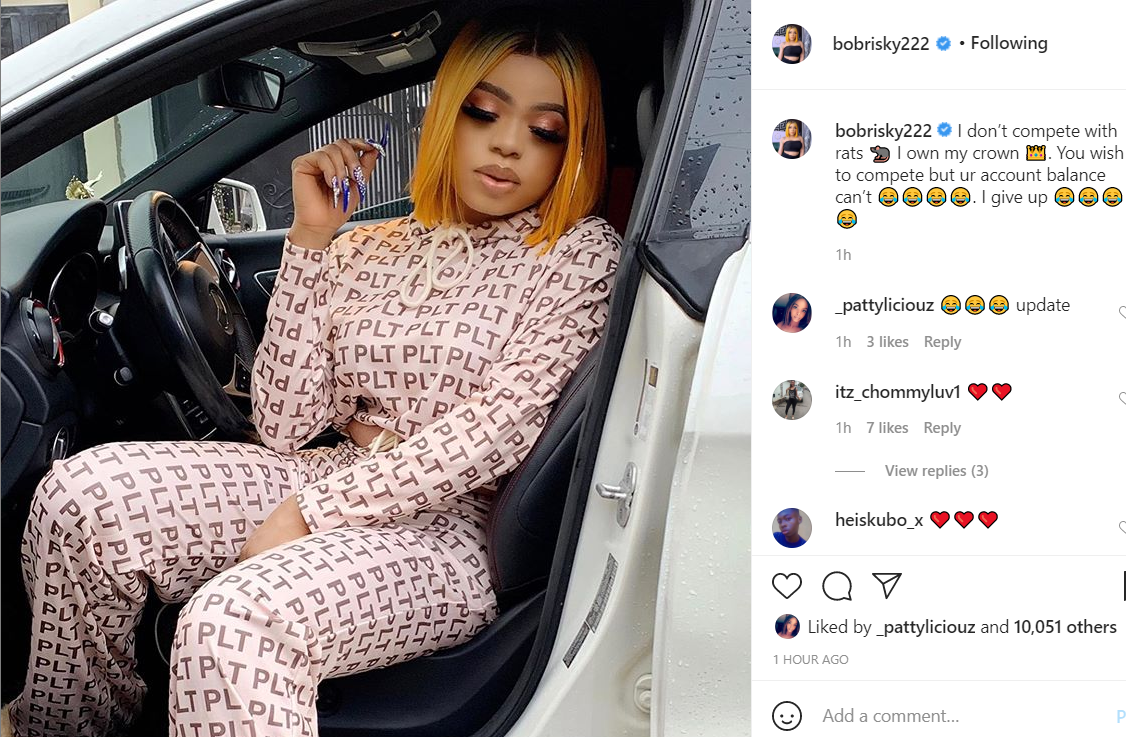 Bobrisky is a graduate from the University of Lagos, during an interview with the producer

of the Skin Movie Documentary , He revealed that he was tired on Poverty and wanted to

and dressing as a woman.

How to know a man loves you – Relationship Expert, Blessing Okoro lectures the ladies

No iphone 11 pro max yet? as Simi Glows in another makeup-free Photo and She’s just beautiful