Home Entertainment Burna Boy called out as a hypocrite on Twitter, 3 years after...

It’s been three years since the Police declared Burna Boy wanted after some men arrested by the Lagos State Police Command for robbing artiste, Abiye Jumbo, aka Mr. 2Kay, owned up to the crime. 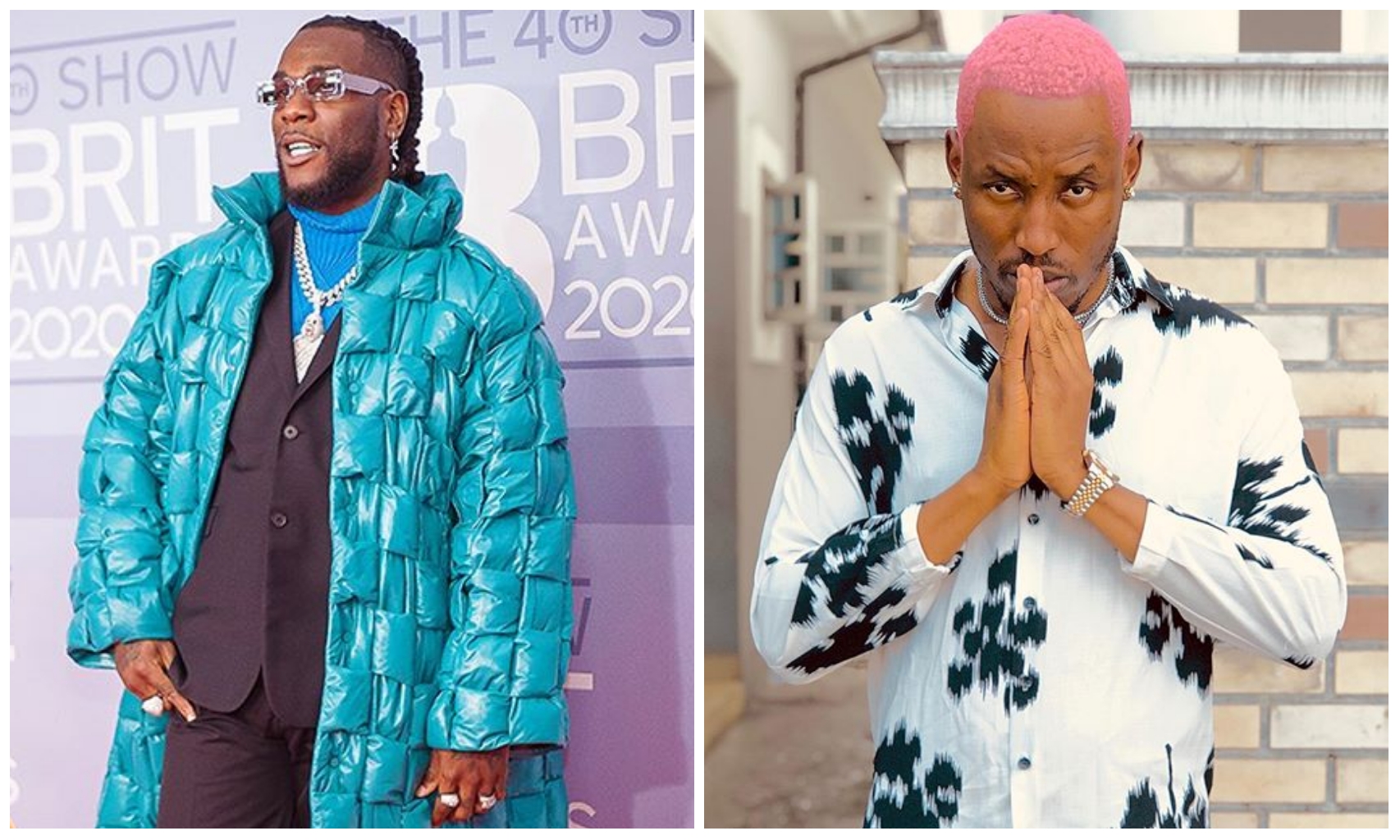 The men confessed that they carried out the operation on the orders of Mr. 2Kay’s

The men included Joel Kantiok, who claimed to be Burna Boy’s road manager. The

assailants had disguised as room service officials to gain entry into the singer’s room.

They were reported to have beaten him up and dispossessed him of a wristwatch, gold

jewellery, phones, among other valuables estimated at millions of naira, at gunpoint.

They were said to have tied him up and fled with their loot.

The state Acting Commissioner of Police, Edgal Imohimi, who paraded the suspects at

the command headquarters in Ikeja on Monday, said the police tracked down the

suspects through footage of Closed Circuit Television cameras installed in the hotel.

Imohimi, who gave a blow-by-blow account of the attack, said Burna Boy paid the gang a 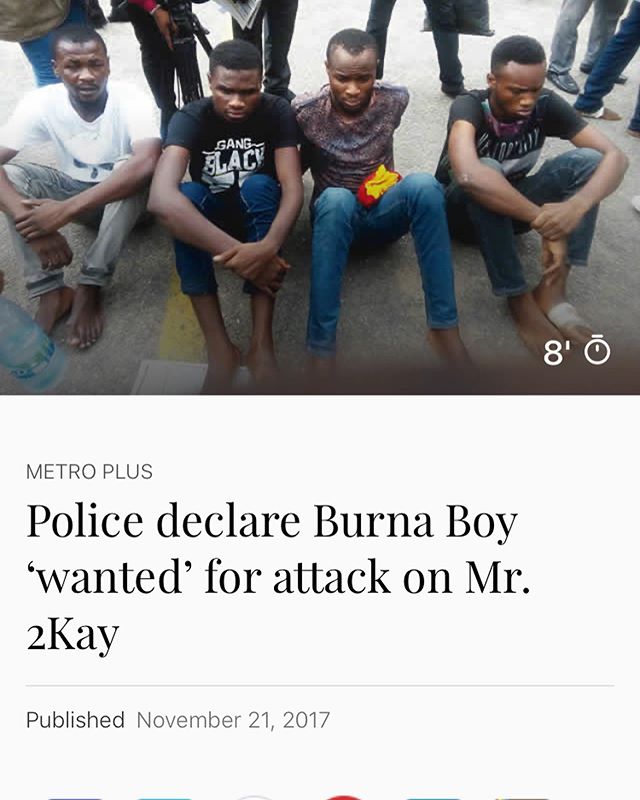 “At about 2am, someone knocked on the door of Mr. 2Kay’s room and introduced himself as a room service official from the reception.

Mr. 2Kay opened the door and four men entered with a gun. They robbed him of his

Burnaboy is now being called out on twitter as the reason the three men spent years in prison. 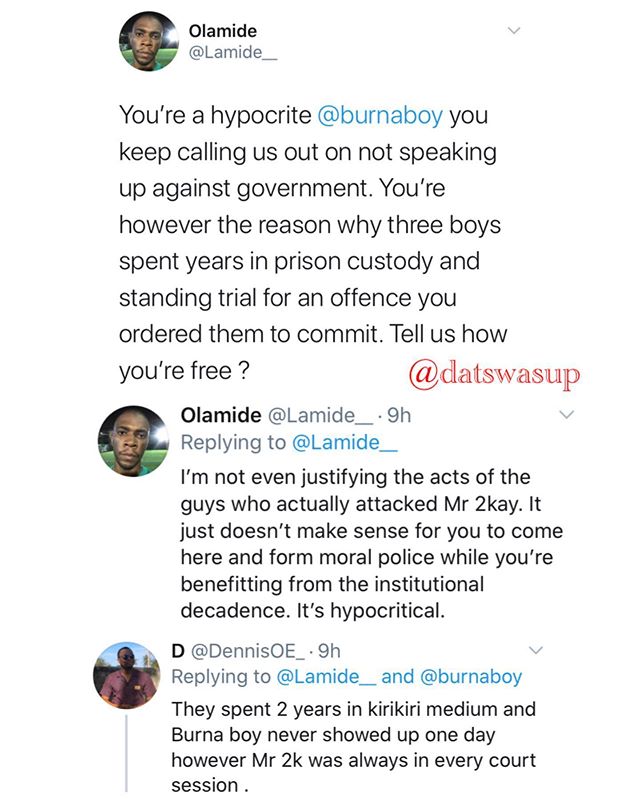