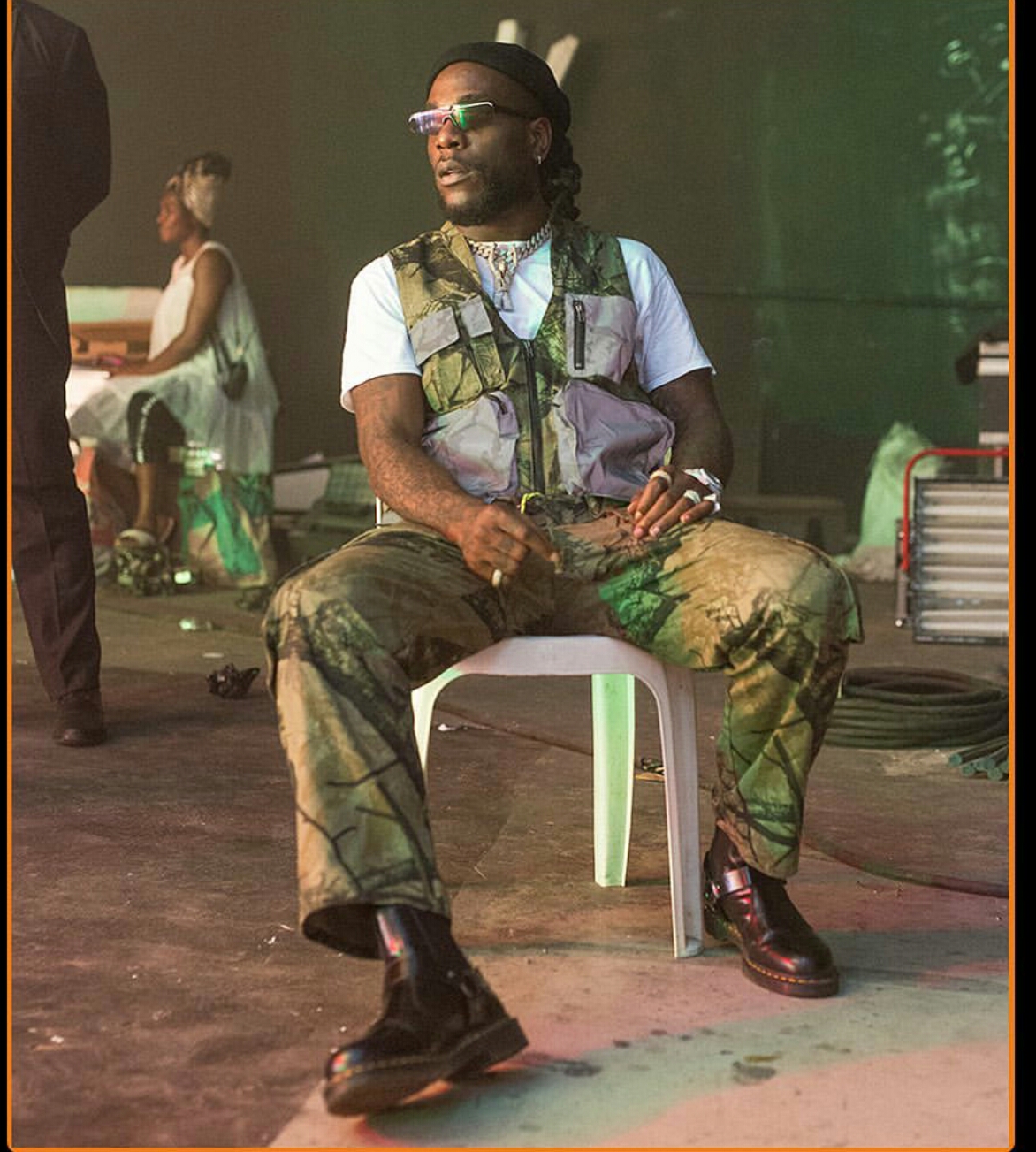 The “On the low” crooner, appeared one of the biggest TV shows in the US, the Daily Show with comedian and presenter, Trevor Noah.

Oluwa Burna as he sometimes addresses himself was on the show to discuss his latest album, African Giant.

One could feel the mood of excitement during the interview as both discussed the successes of Burna Boy whiles Trevor Noah described him as one of the biggest artistes coming from Africa. 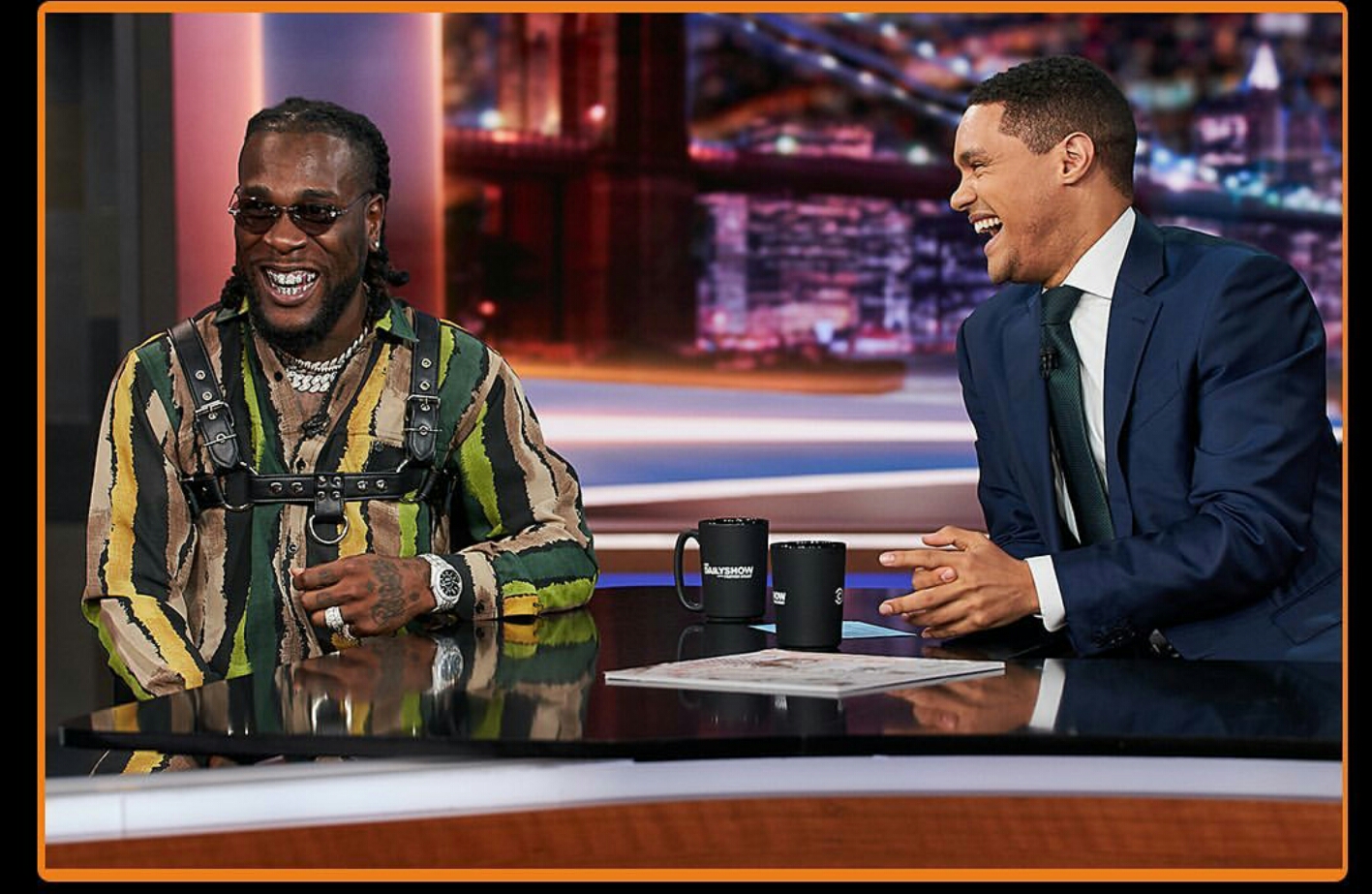 “The African Giant” who made the news recently by being featured by US Grammy award singer, Beyonce’s “Lion King: The Gift album” described his music as afrofusion. He likened it to a pizza explaining that all types of pizza have one basic element and that is the dough but are still made of other things. In the same vein, his music has the basic element of afrobeat but he fuses it with other genres such as dancehall to give a pleasing effect on his fans.

He explained that his album “African Giant” was inspired by the famous Coachella font incident where he lashed out at organizers of Coachella for using small fonts to indicate his and other African artiste’s name on the official flyer whiles some of European acts had their names indicated with big fonts.

The BET Award winner added that he learned the news while he was in the washroom and felt he had to say something about how his name appeared on the bill in order to represent for African artists. “I expressed myself, because everyone coming after me shouldn’t have to go through that,” he said. “It’s only right,” he added. To which Trevor responds: “I’m not going to lie, I feel like that was the Nigerian in you kicking in,” before going into his best Naija accent impression. 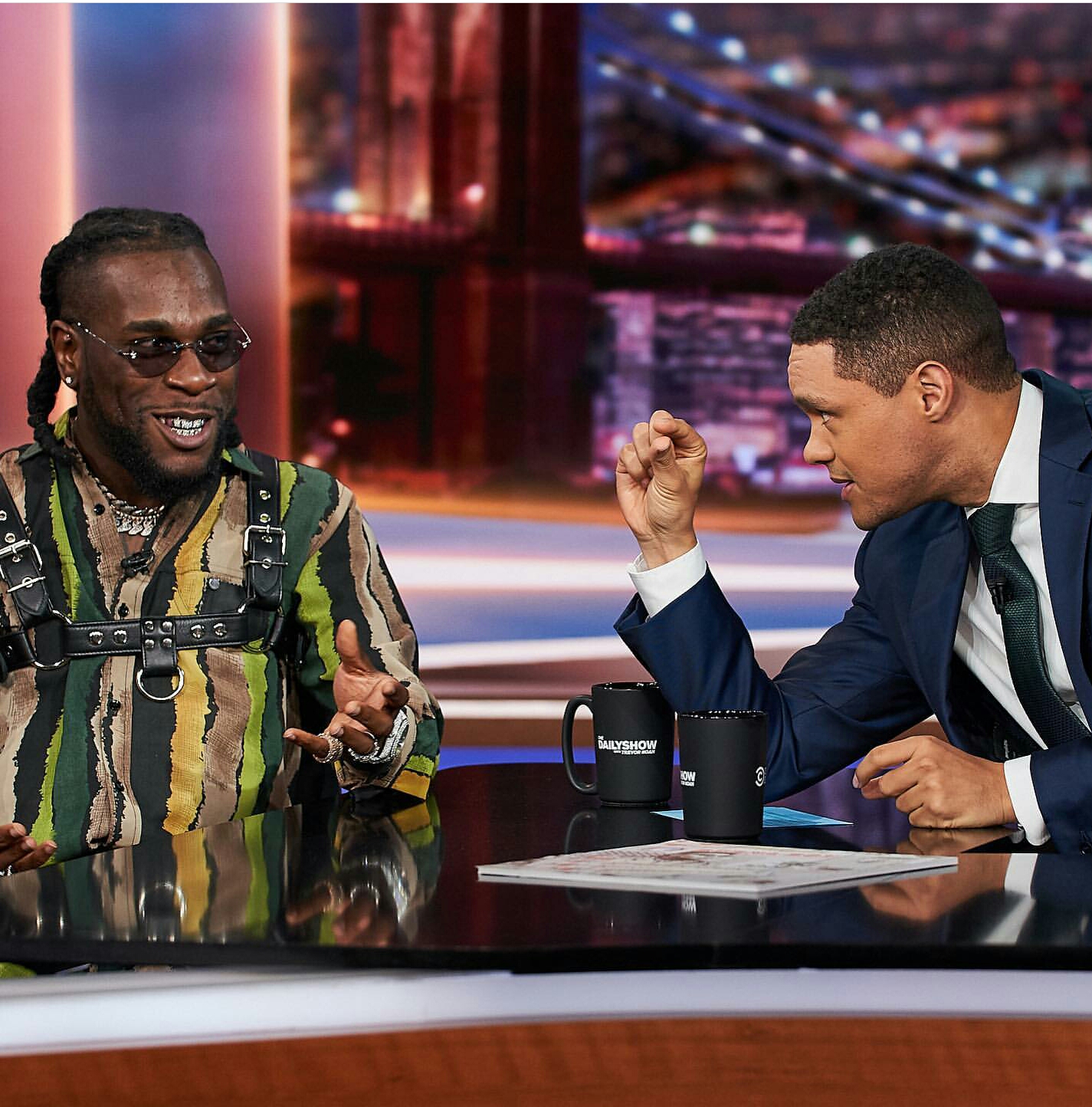 After the interesting nterview, the Burna Boy hit the stage to perform a medley of his hit singles “Ye” and “Anybody” 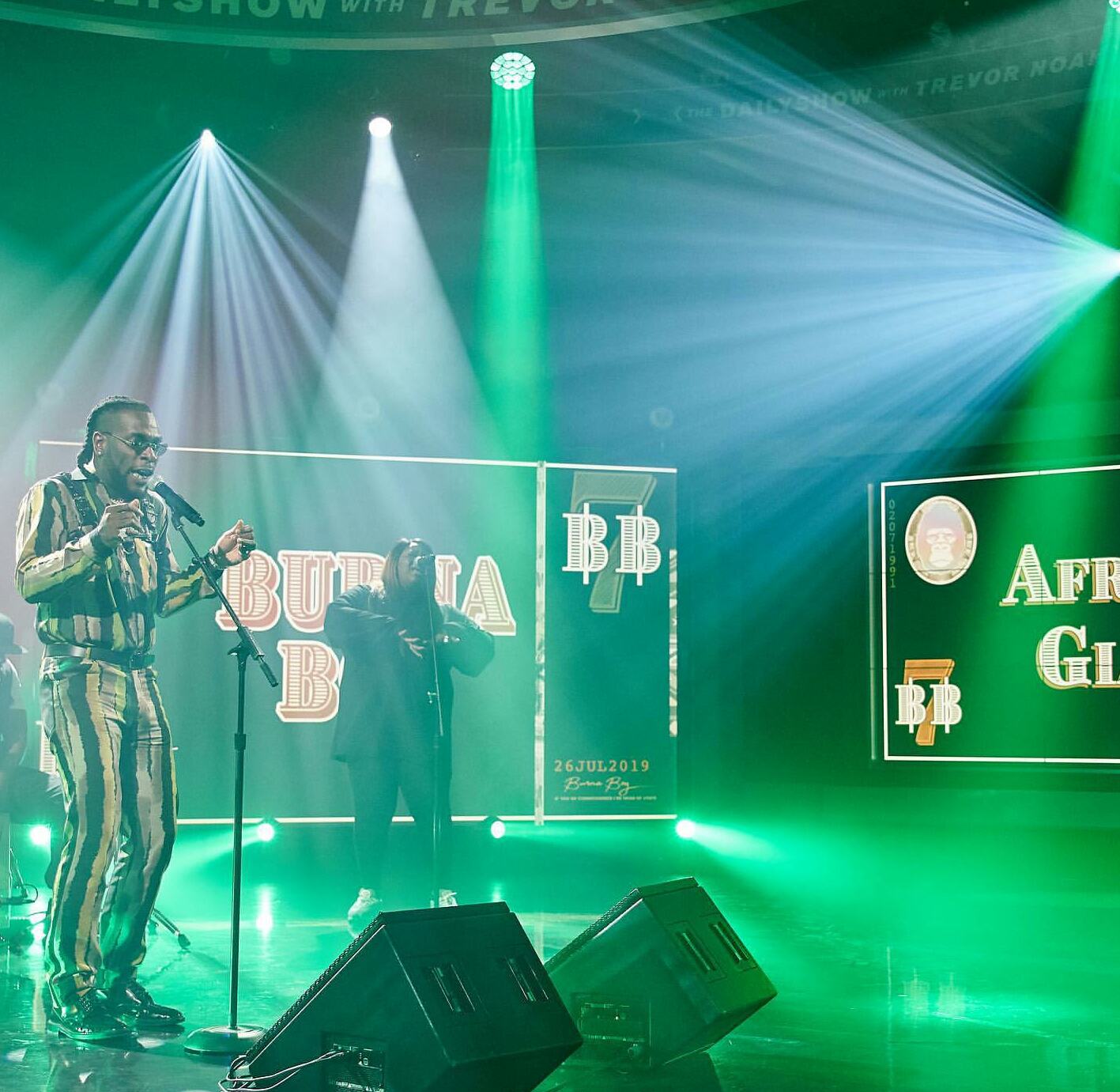 Damini Ebunoluwa Ogulu, known professionally as Burna Boy, is a Nigerian award winning  Afro-fusion singer and songwriter who has major features with a lot of top international acts from Africa and Europe. Earlier this year he went on tour where he performed in his shows which were mostly “sold out”.