On July 13, 2020, video-sharing social platform, Triller announced its partnership with Billboard for two weekly charts of the top US and global songs on Triller.⁣ 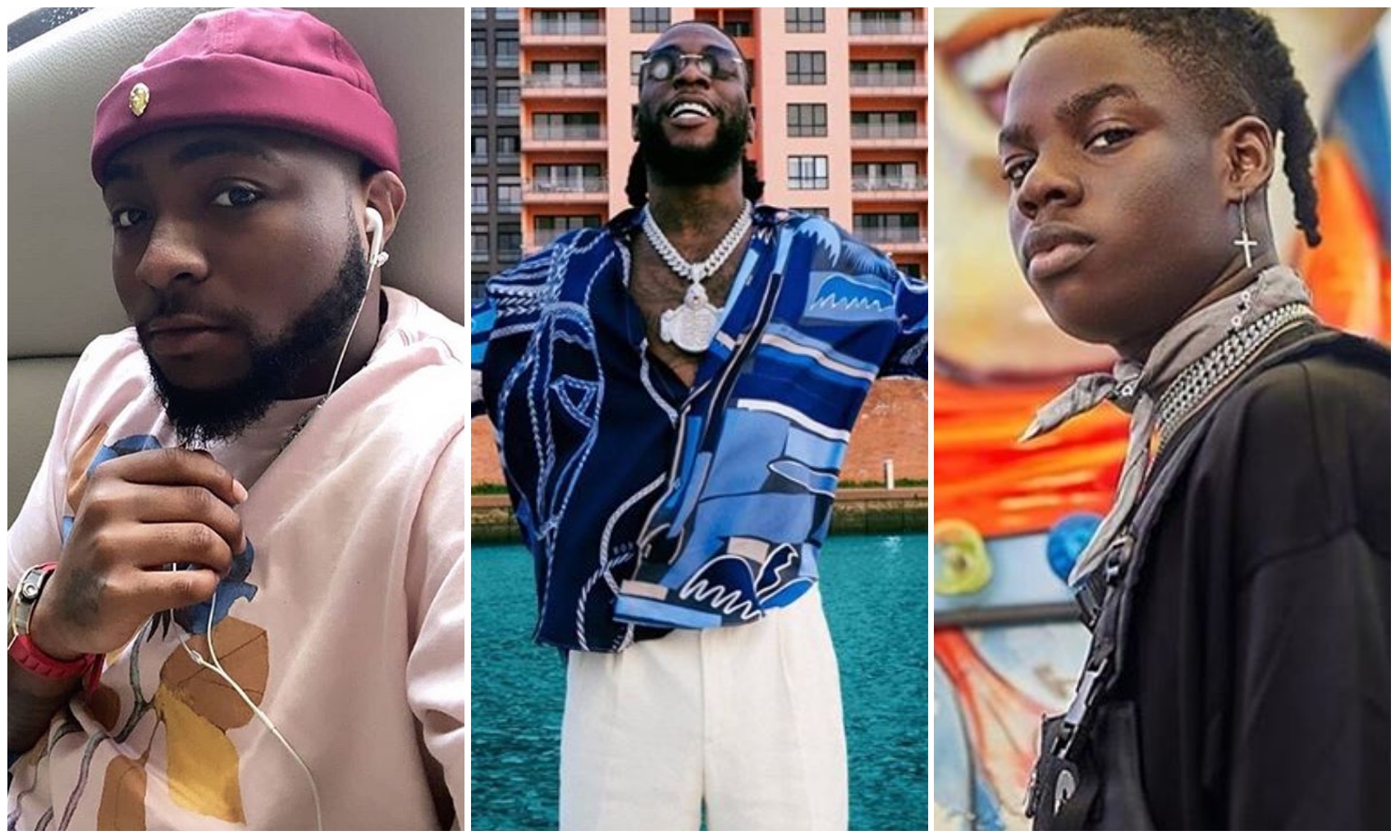 on the inaugural top 20 songs in the US on Triller.⁣

On the inaugural top 20 global songs on Triller, Burna Boy, Mayorkun, Rema and

Both inaugural lists are topped by Armaan Malik’s ‘Next 2 Me.’⁣

According to the Billboard, the charts decided the chart based on,

“A formula blending the amount of views of videos containing a respective songs, the

each song, according to Triller.⁣

“Data for the charts is represented on a Friday-Thursday tracking week, with the latest period running July 3-9.”⁣

The charts are planned as weekly installments and will concurrently highlight

some of the top-performing individual videos for the highest-ranking songs.

Triller and Billboard expect this to be the start of a fruitful partnership.⁣ 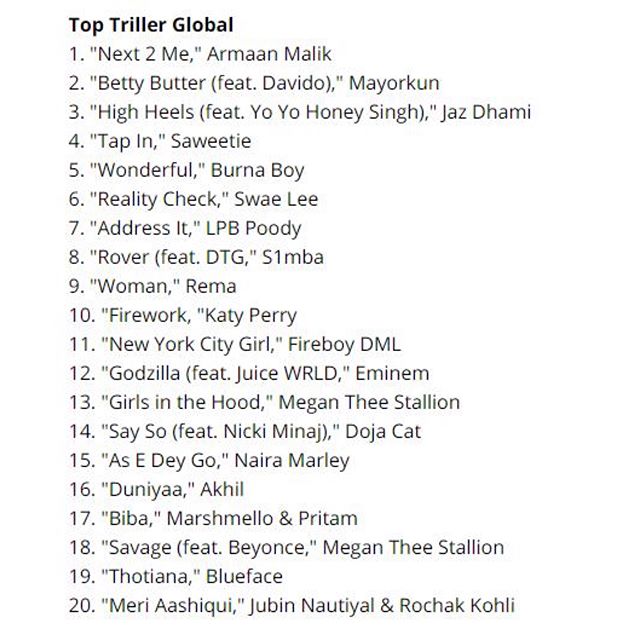 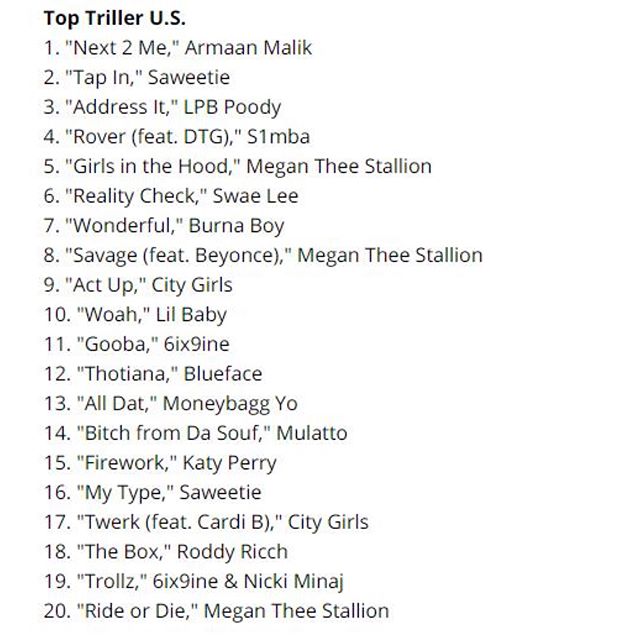