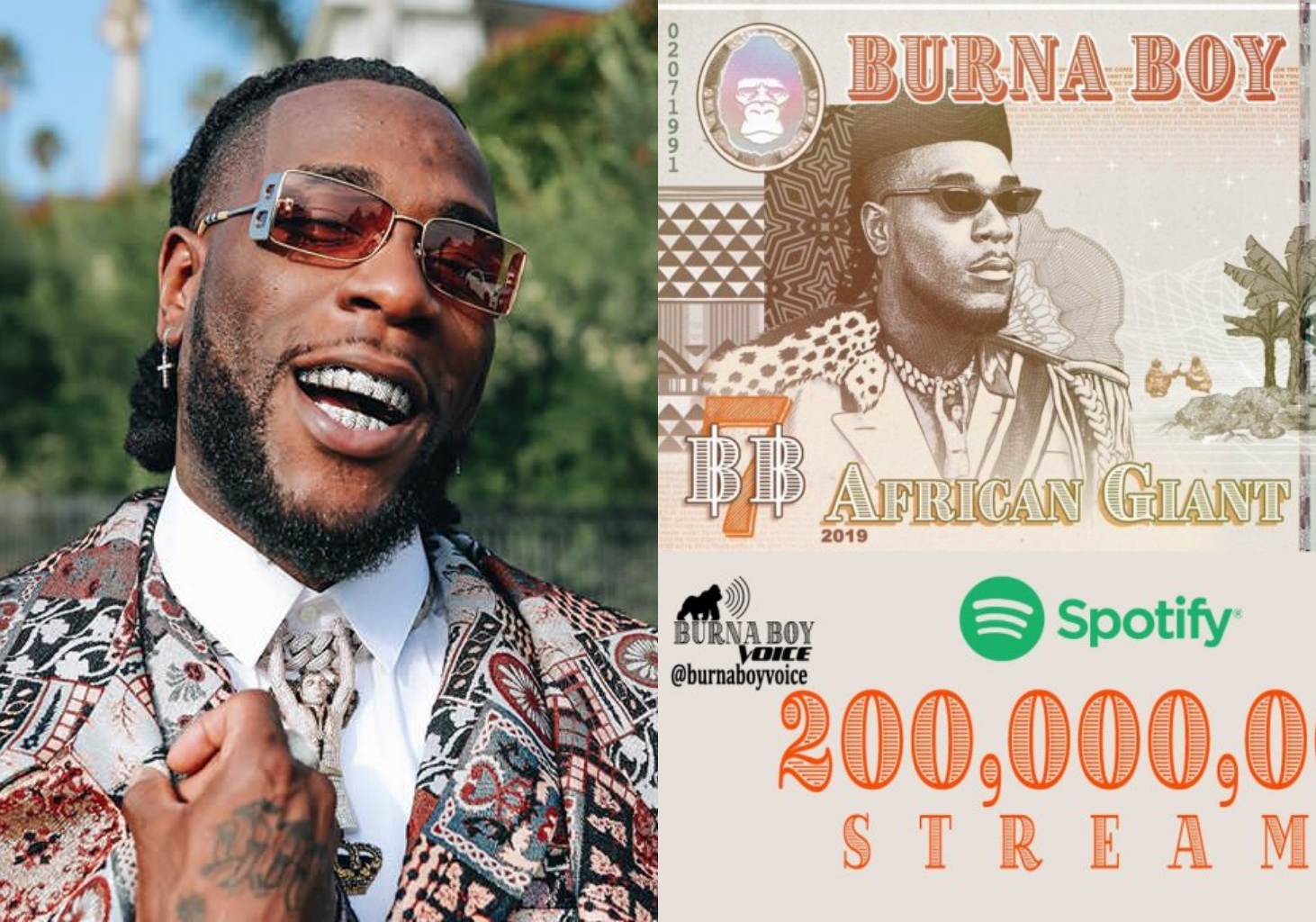 another huge record which will surely standout in his glittering career.

The “Gbona” crooner has created a new record on streaming platform, Spotify, a

record an African artiste has never done before. 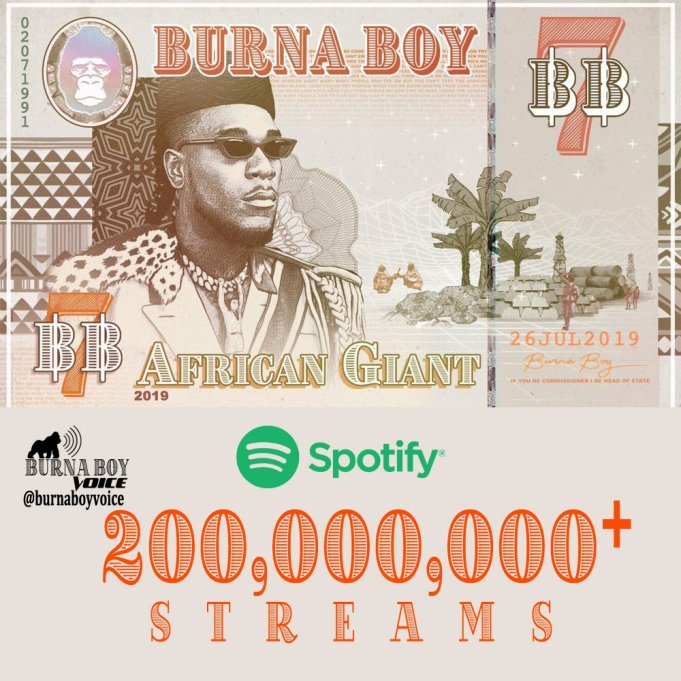 The album earned Burna Boy a nomination at the prestigious Grammy Award which was held earlier this year.

was hailed and acknowledged by the singer during her acceptance speech.

Angelique Kidjo during her speech appreciated the work and effort Burna Boy put in his album as she noted that the award is dedicated to him.

This move shocked fans and celebrities who couldn’t hide their feelings after the shown had ended.

the fourth studio album by the Nigerian sensational act..

It was released on July 26, 2019, by Spaceship Entertainment, Bad Habit, Atlantic Records and Warner Music.

The album is a mixture of Afro-fusion, Afrobeat, dancehall, pop and hip hop.

African Giant was well received by fans as soon as it was released, topping musical charts across the globe and it has also won Burna Boy some notable awards.