Home Entertainment Cardi B hits back at critics as she shows off her body...

American singer and songwriter, Cardi B has lashed out at critics claiming she photoshopped her body after she flaunted her new tattoo 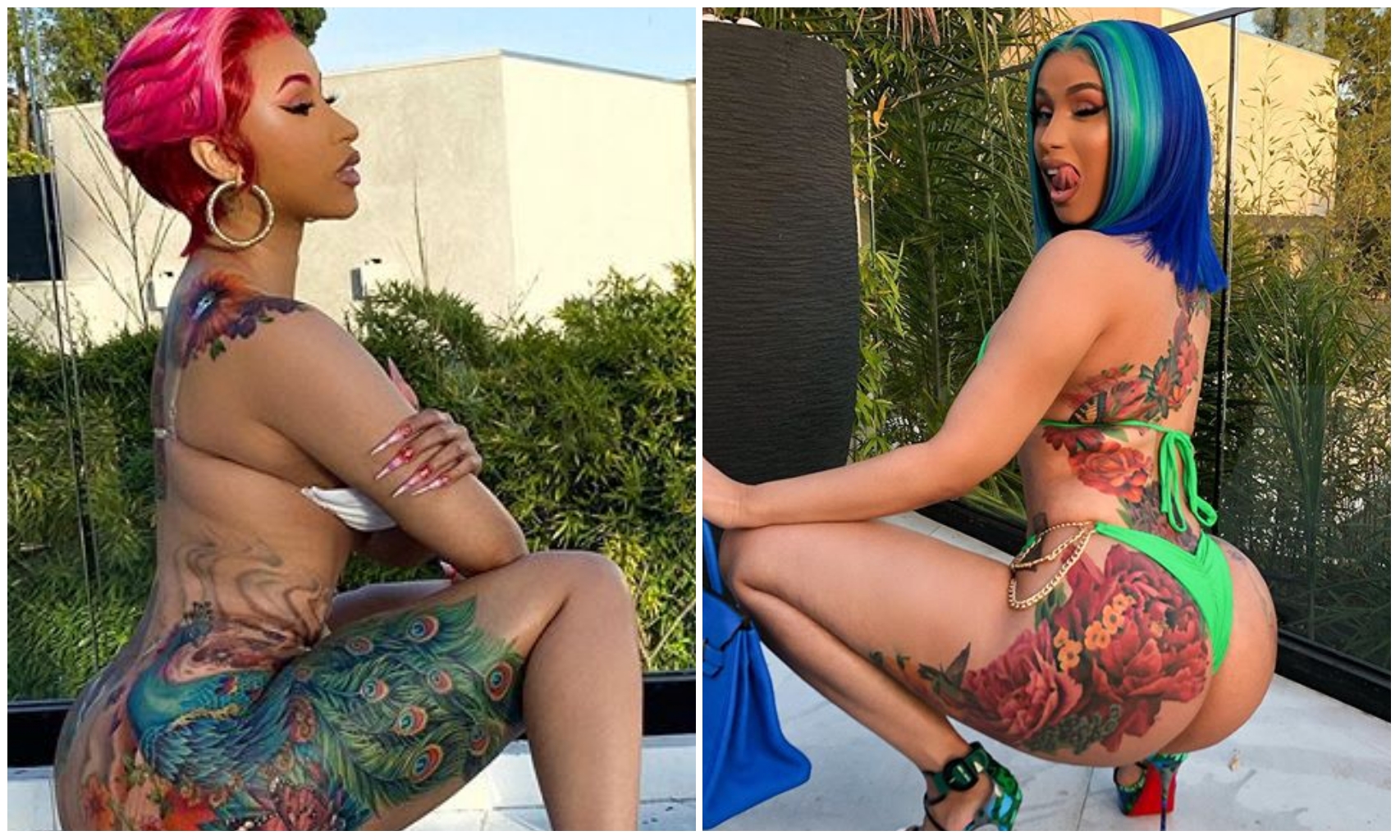 tattoo of the peacock she drew on her body ten years ago.

However, the tattoo was met with different opinions from fans and followers as some

claimed it’s photoshopped and she does not have such endowment not to talk of getting herself the new inks.

critics body shaming her as she noted that she’s added more weight can she has the money.

The beautiful mother of one could be heard saying:

“I know y’all ain’t bodyshaming! me. I know I gained a little weight…it doesn’t matter though. A bitch got lipo money.”