Controversial journalists, Kemi Olunloyo has surprised fans on social media by aiming a dig at Davido’s relationship with his engaged girlfriend, Chioma.

Kemi Olunloyo congratulating Davido on something especially marriage is not what

you see often and when you do then something is fishing.

The controversial journalists who is popularly known for comment on Davido

and his girlfriend, Chioma, surprised fans on social media as she congratulated the

couple on their wedding.

lovers as she claim their relationship will be sealed with a marriage soon.

certain she is that something great is about to happen. 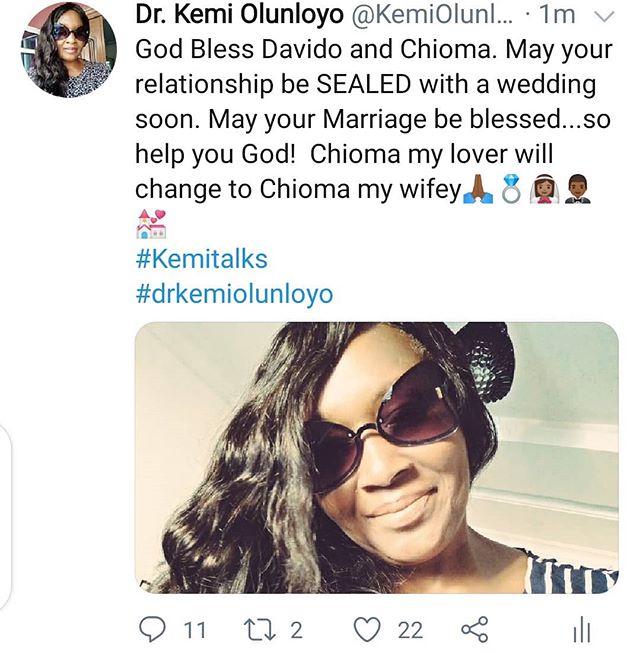 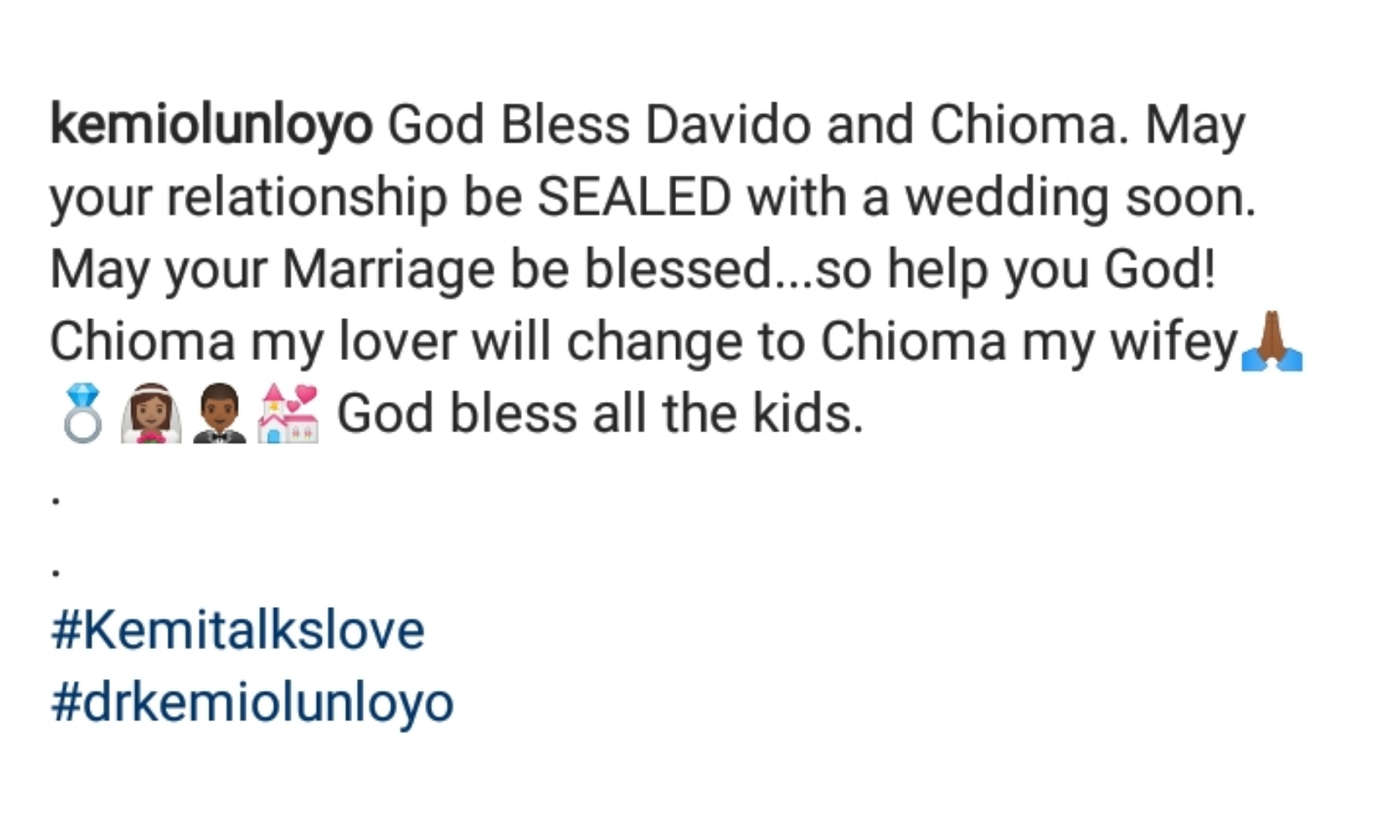 She also made the same statement about former big brother naija star, Tacha whom

Though Kemi Olunloyo send her blessings to Davido and Chioma, fans would not

believe her due to the past record she had with the singer.

including Chioma will be getting married to her anytime soon or its just Kemi in her usual self causing controversies.

“Any day I use juju, God should take my life” – Ehigozie Of Sayaveth Interiors reacts to voodoo claims (Video)