Home Entertainment Common confirms dating rumours; he and Angela Rye are back together!

American based rapper, Common has disclosed some shocking news regarding his personal life.

The rapper and actor has revealed that he is back in a relationship with American attorney, Angela Rye. 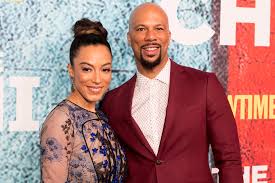 The two were rumoured to be in a relationship but the rumour had never been confirmed by the actor.

However, in an interview on “The Angie Martinez show” on Power 1051 radio, Common affirmed the dating rumours.

He explained in the interview that he and Angela Rye dated in the past but they split up because he had to get himself together.

Check out the interview below: