Home Entertainment Celebrities Cossy Orjiakor’s German boyfriend gets tattoos of her name and a poem...

Curvy and endowed Nollywood actress, Cossy Orjiakor seems to have finally find the right man as her German boyfriend tattoos her name on his back. 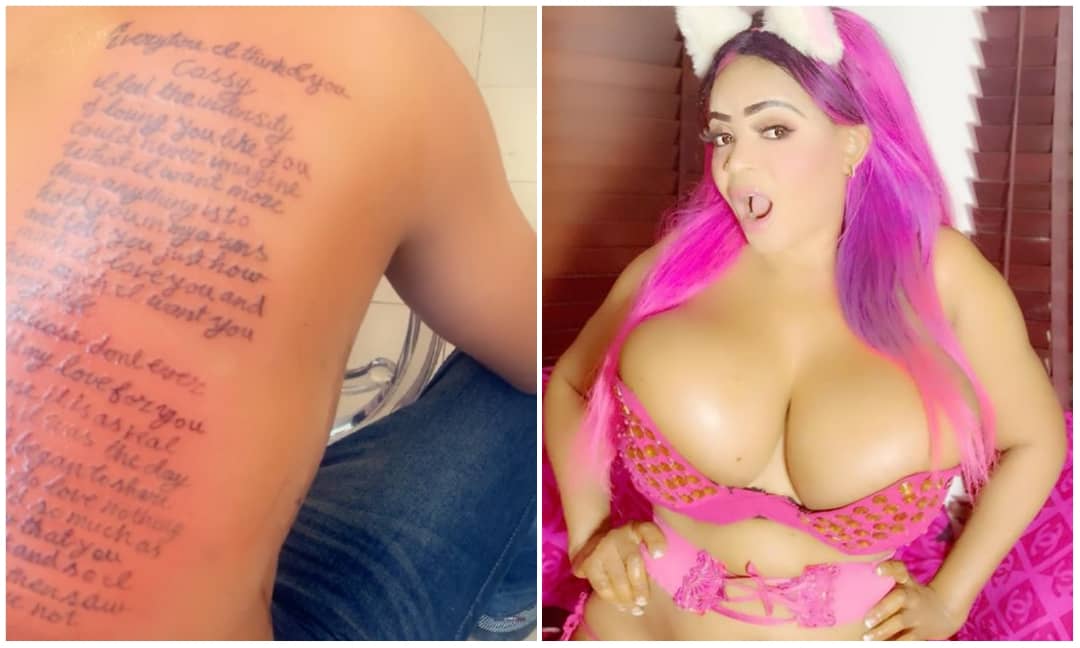 Ever wondered what it feels to be in love with the right one, you can do things

that people would never have thought of you.

her by getting a tattoo of her name on his back.

tattoo on his back as he went as far as penning a poem specially dedicated to her on his back.

someone that will go as far as getting a special tattoo on her behalf.

See video of Cossy Orjiakor’s German boyfriend getting his tattoo below:

My baby boo boo…. he didn’t just tattoo my name ….Cossybarbie….he inked a whole poem ….. Am so inlove with my German machine