Veteran Nigerian journalist, Kemi Olunloyo have stated a fact about the latest singles of afropop music stars, Davido and Wizkid as she noted that Davido’s ‘FEM’ have been well received than Wizkid’s ‘SMILE’. 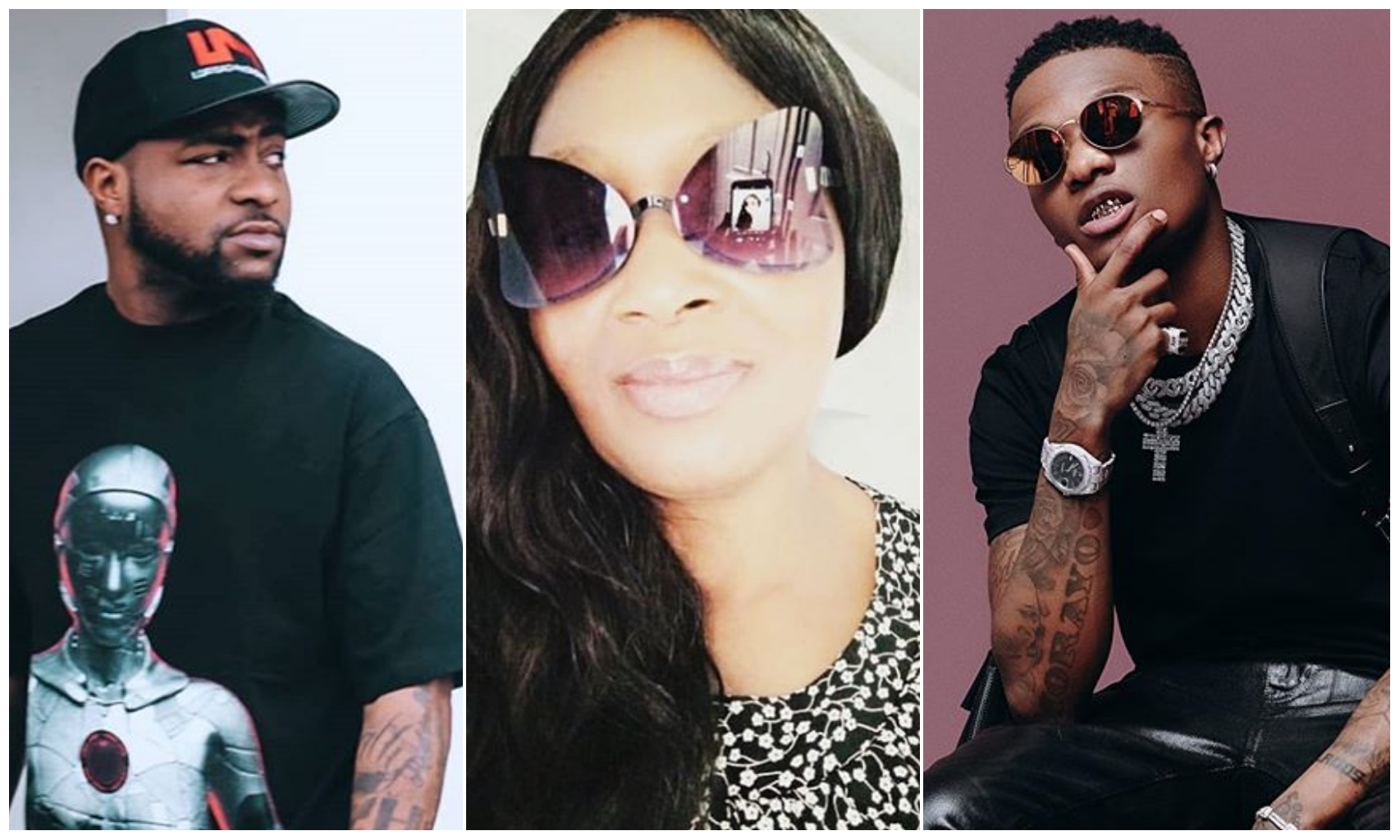 Talking of talents, Davido and Wizkid are undoubtedly two of the biggest artiste

going, both superstars will continue dishing out the best.

make numbers but to create a legacy of his own and he has not failed in doing that.

Wizkid on his part dished out ‘Smile’ some weeks ago, a single that’s off his yet to be

platforms and in the street.

The self acclaimed investigative journalist who seems sure of her findings took to.her 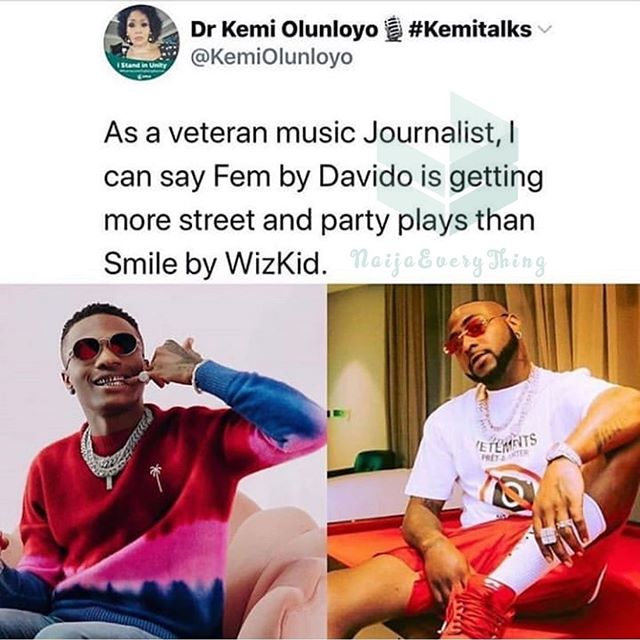 With fans and lovers of both stars known for fighting on who is the best among the duo, it’s left to see whether Kemi Olunloyo will be dragged for her lastest comment.

Moment Davido saved a protesters from the clutches of policemen (Video)