Home Entertainment Davido’s fiancé Chioma was denied US visa 8 times due to her... 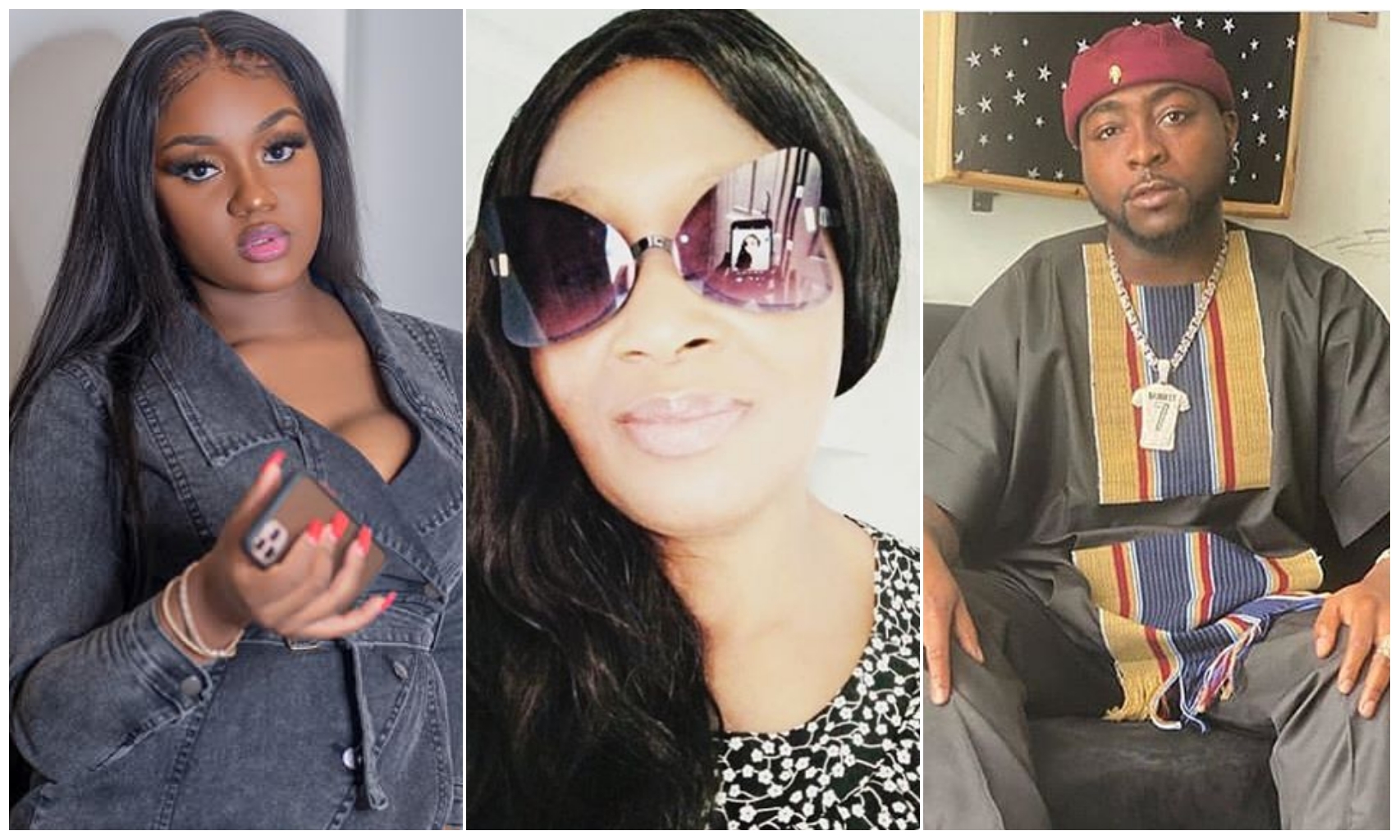 secret about the situation of things around the world.

Though some of her revelation do come to pass, fans are skeptical of some

statements by Kemi Olunloyo especially when it’s about Davido and his family.

treated her some years ago, Kemi Olunloyo have now launched a new attack on

Chioma who has a child with the award winning singer.

According to Kemi Olunloyo, Davido’s engaged girlfriend, Chioma, was denied the

which she failed to mention.

Davido’s fiancé Chioma has been denied a US visa 8 times due to her past criminal record. Only way to get into America is with a diplomatic passport when. Davido becomes a politician. 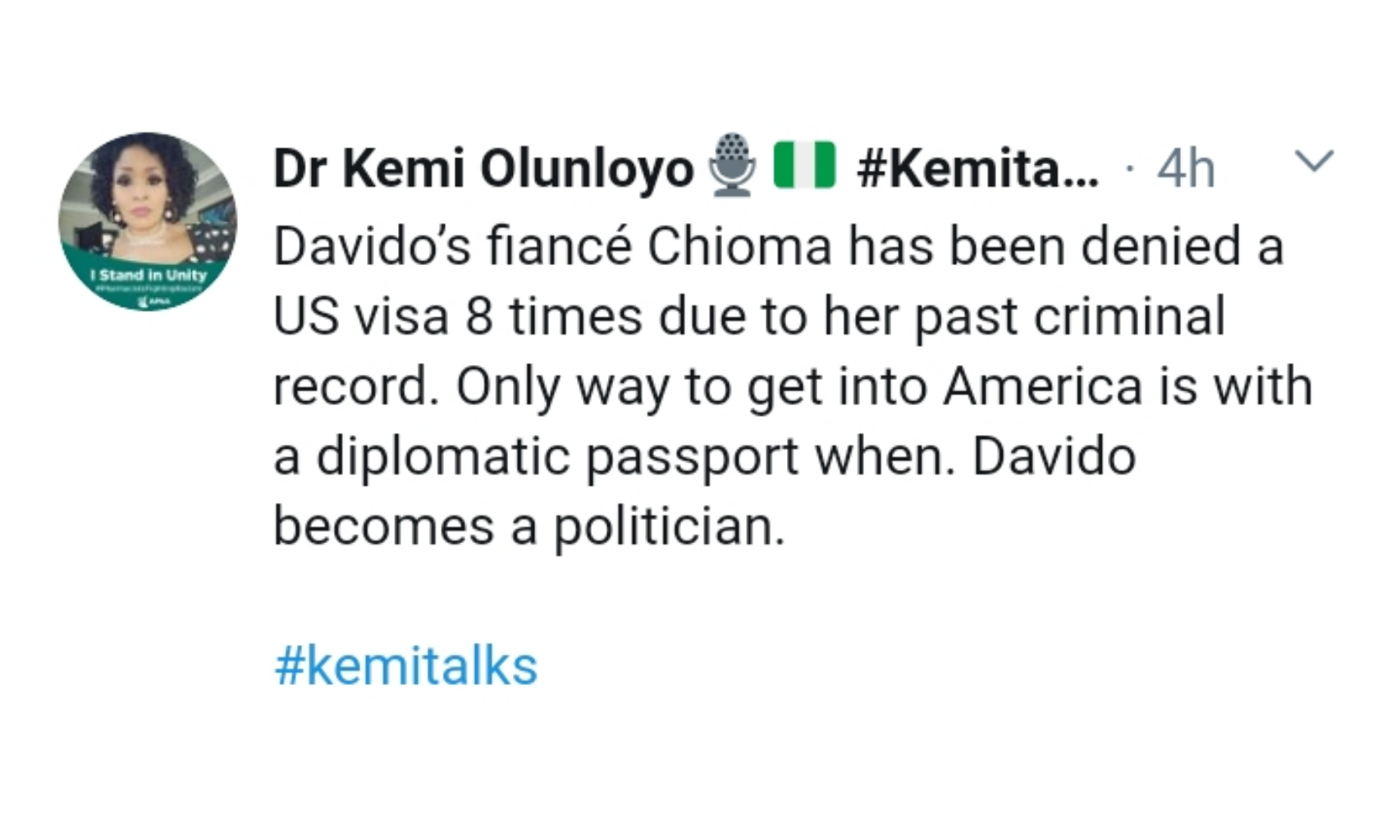 With Davido not used to replying Kemi Olunloyo, fans and followers of the singer have ensured that the media personality

have not been finding it easy on social media and it won’t be a suprisur if they come for her.