Asa Asika, the manager of popular singer and record label boss, Davido, has given an update about the condition of the talented singer and songwriter. 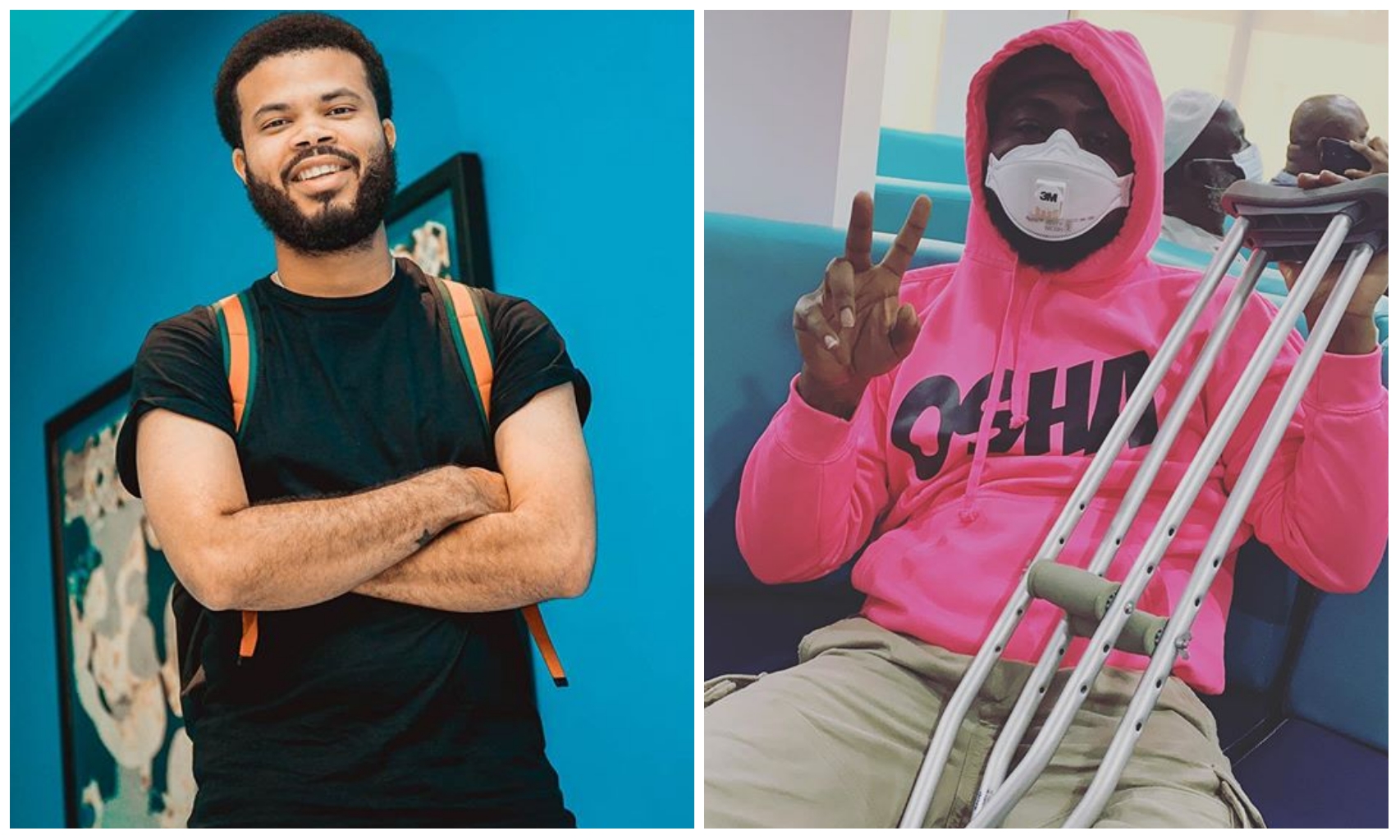 week and this got a lot of of his fans worried about his health and wished him quick recovery.

However, the- 27 -year -old father of three , who recently moved into his house in Banana

Island (Ikoyi , Lagos State ) did not disclose what happened to him.

Davido ’s manager, Asa Asika during an interview with Saturday Beats, have now

disclose that the ‘Fall ’ singer was fine and there was no cause for alarm.

According to Asika, Davido only sprained his legs and would be back on his feet .

‘’Davido is recuperating well. He ’s resting his legs and he ’ll be good . Nothing is broken. He just tripped; that ’s all, ’ he said.

platform, Instagram, the artiste has become quite popular for his extravagant giveaways .

edited his picture alongside Wizkid a sum of one million naira.

Davido, some days ago announced on Instagram that he was changing his phone

number because he wanted to do ‘some cleansing’ and take care of himself.

This comes after Peruzzi was involved in a rape scandal, a move he has denied and issue a public statement to apologise for his past tweet on rape.

#BBNaija: How to Audition for 2020 edition of Big Brother Naija Show

#BBNAIJA: Venita Says Omashola’s insecurities would make him uncomfortable around her, as they set to cohost a show in Lagos