Reality star and model, Alex Unusual has revealed some secrets and Nigerian men behaviors when it comes to relationship.

has built a great fans base for herself after she appeared at the big brother naija show.

According to Alex via a post on her social media platforms, most of Nigeria men

don’t know the basic of good relationship as she noted that they only run a boring relationship.

moments that include Surprise gifts, Star gazing, flowers and a host of others as

noted that there are just fond of the ‘will you come over” stuffs. 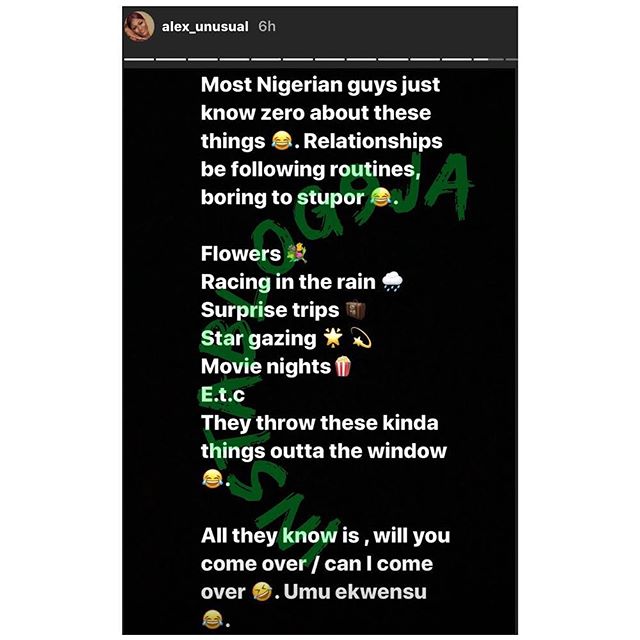 Alex Unusual in recent days have been taking her spare time to advise her fans on how to tackle some life problem.

knowledge in a different field.

social media handles as she has continue to show them how a real role model behave and this has got her many followers who have been supporting her career.

Blossom Chukwujekwu’s marriage with Maureen almost on its knees