Cameroonian singer and songwriter, Dencia have attacked Instagram socialite, Hushpuppi for asking those bleaching not to partake in black lives matters protest. 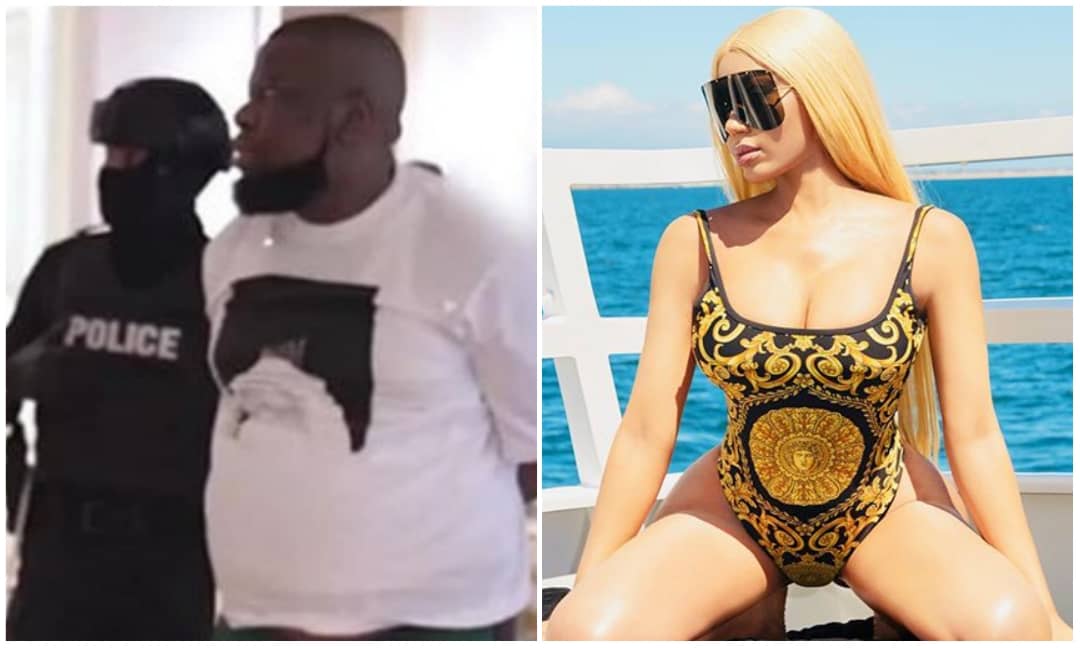 The death of George Floyd, a Black American man that was killed by a white police officer have sparked a lot of protest on and off social media.

not pleased with some tweets asked those who are bleaching not to join in the protest.

Weeks after Hushpuppi have stated this, Dencia have hit back at him claiming

he’s being childish despite his old age.

Hushpuppi over his arrest for allegedly involving in cyber crime.

According to Dencia, she’s glad her bleaching is legal and cannot be

arrested for it adding that Hushpuppi was doing illegal business and

still has the guts to attack those doing legal work.

She went as far as calling him dumb noting that he’s not smart but only social media smart. 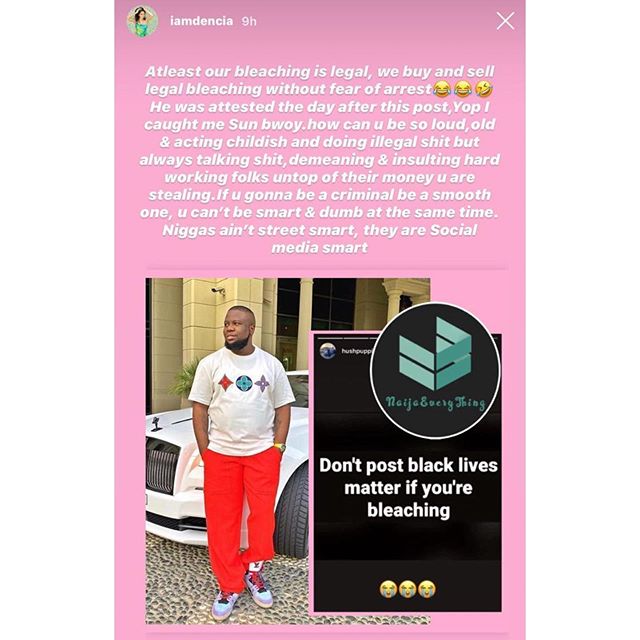 #BBNaija: ‘I dated a girl for 8 years and never had s*x with her – Brighto (Video)