Popular Nigerian singer and disk jockey DJ Cuppy have once again shown why she’s regarded as one of the most respected personality in the country as she features in new Manchester United jersey campaign ad. 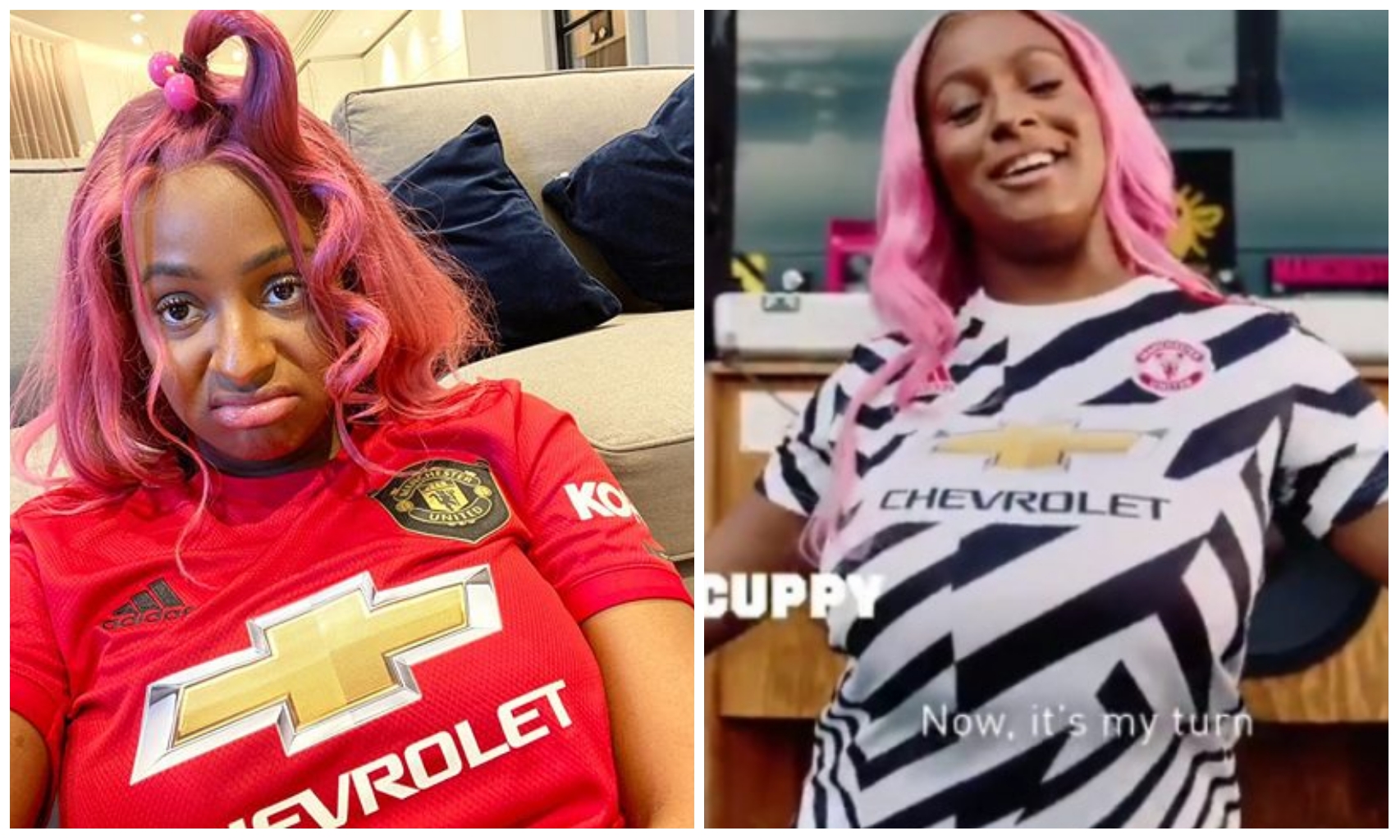 feasible as she continues to grow stronger.

Manchester United after a poor run of form.

She was welcomed to Manchester United by the clubs official site, a move that

showed how her personality have grown across the globe.

for next season, featuring alongside the likes of Victor Lindelof, Bruno Fernandez

and a host of top players in United.

See video of the ad below:

As @ManchesterUnited fan, I’m so PROUD to be a part of their official jersey campaign! ⚽️ READY FOR THE NOISE! #GGMU 🔊🔴 #ReadyForSport #CreatedWithAdidas

#EndSars: Broadcasting stations have not been reporting the truth – Omah Lay (Video)