Popular Nigerian female singer and disk jockey, DJ Cuppy have joined the list of top personalities in the entertainment industry to join the EndSars movement as she protest in her home. 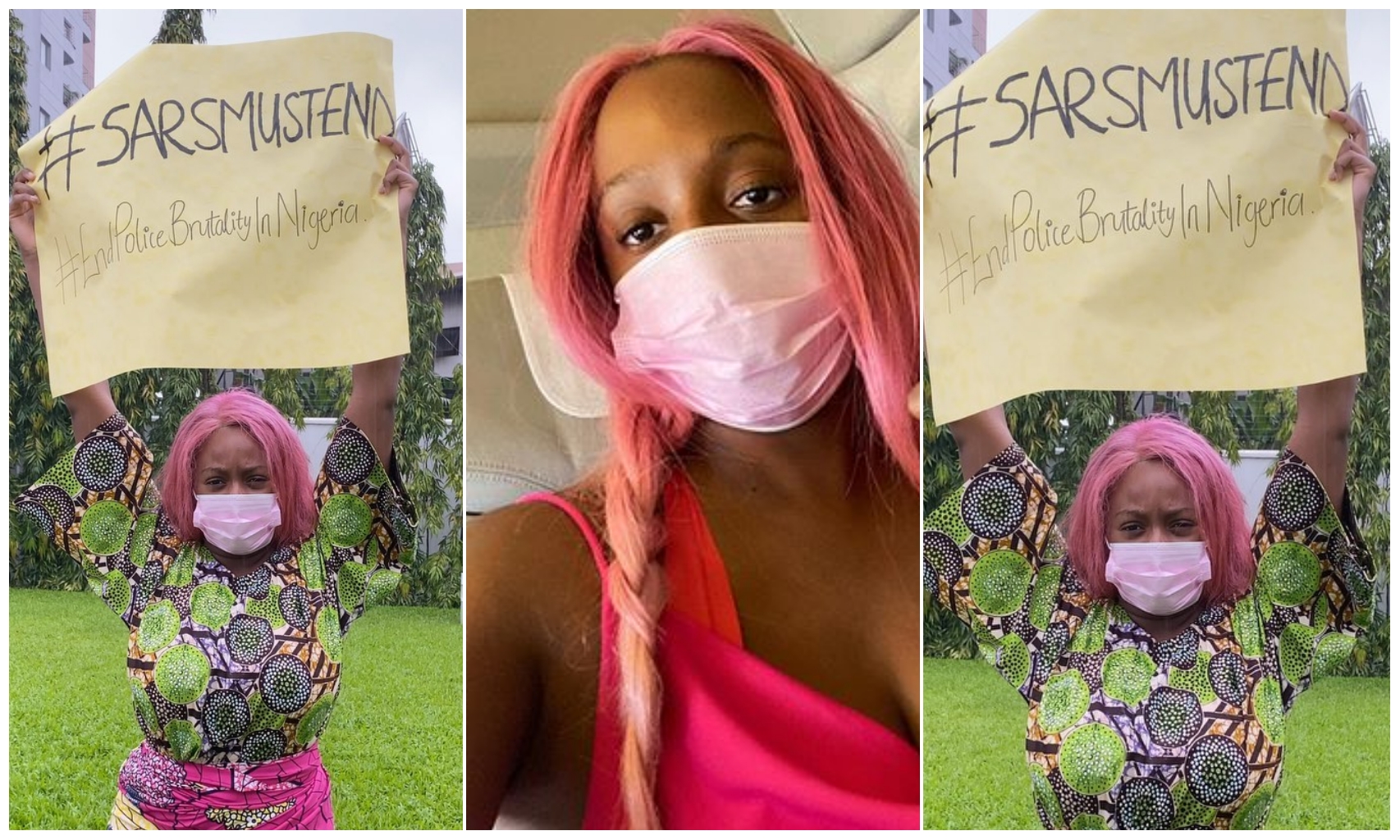 members of the police force.

to curb the spread of the pandemic Coronavirus.

Despite not being able to join youths in the street, DJ Cuppy took it upon herself

home will not stop her from protesting.

See video of DJ Cuppy protesting under the rain below:

DJ Cuppy is the daughter of billionaire business man, Femi Otedola, who is ranked among the richest man in Africa and her protest will go a long way.

The ‘Gelato’ crooner have been able to touch the hearts of million fans across the globe with her foundation, which is aimed at helping the less privileged.