Billionaire daughter, Florence Ifeoluwa Otedola popularly known as DJ Cuppy seems to have finally caught the eyes of a suitor who is ready to do marriage with her.

when it comes to man.

like Mr Eazi who is madly in love with her sister, Teni Otedola.

However, it seems her fortune are about to change as a mystery man who seems to

have fallen in love with her decided to shoot his shot in dramatic way.

marriage proposal via her email.

Surprised by this, DJ Cuppy took to her social media platforms to share the great

‘Just got a marriage proposal’.

undying love to DJ Cuppy who will be glad.

Eventually DJ Cuppy agrees to marry him, their marriage will surely be the talk of town as her father, Femi Otedola is one of the most respected personality. 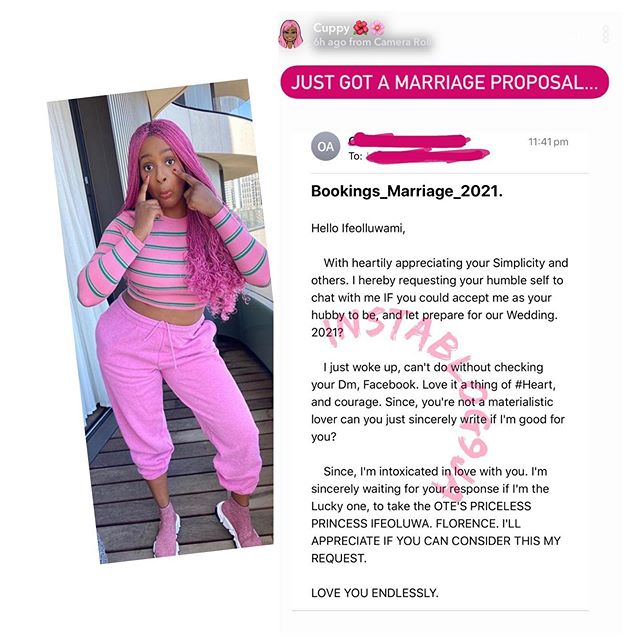