DJ Famzy have been announced as winner of the Pepsi Upcoming DJ Competition winning ahead of DJ Fixy in a well contested battle. 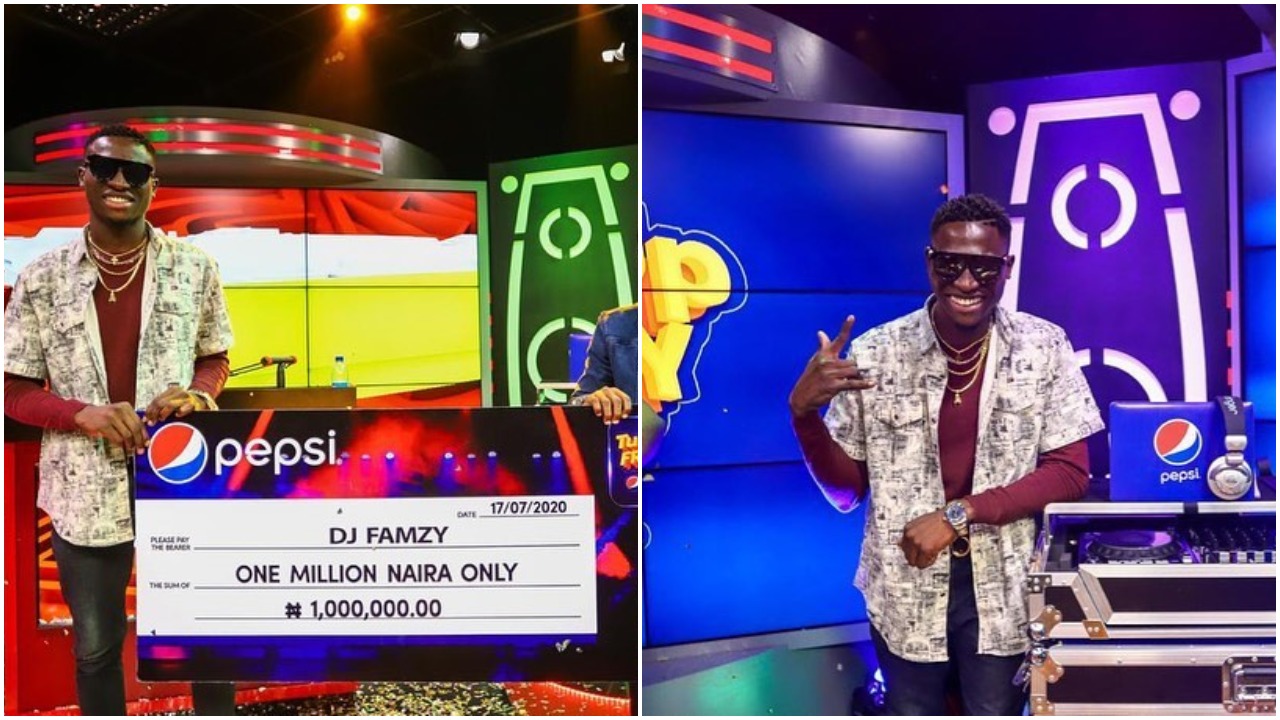 doing what he does best.

With Dotun and DJ Obi giving fans the very best of entertainment, it was the turn of

upcoming Disk Jockey to show how creative they are.

DJ Fixy and DJ Famzy showed fans their talents as they showed the likes of DJ Cuppy,

DJ Obi who were also part of the show how much they have to tighten up.

After three rounds of intense battle, DJ Famzy won with his creativity as he sent a some message about rape and molestation before each round.

As winner of the competition, DJ Famzy gets N1m and a full DJ Set (1000 SRT, MacBook Pro, DJ Stand, Headphones and Turntable Case) courtesy of Pepsi.

Swipe to see images from the grand finale below:

Annie Idibia reflects on her thoughts on “Fear”