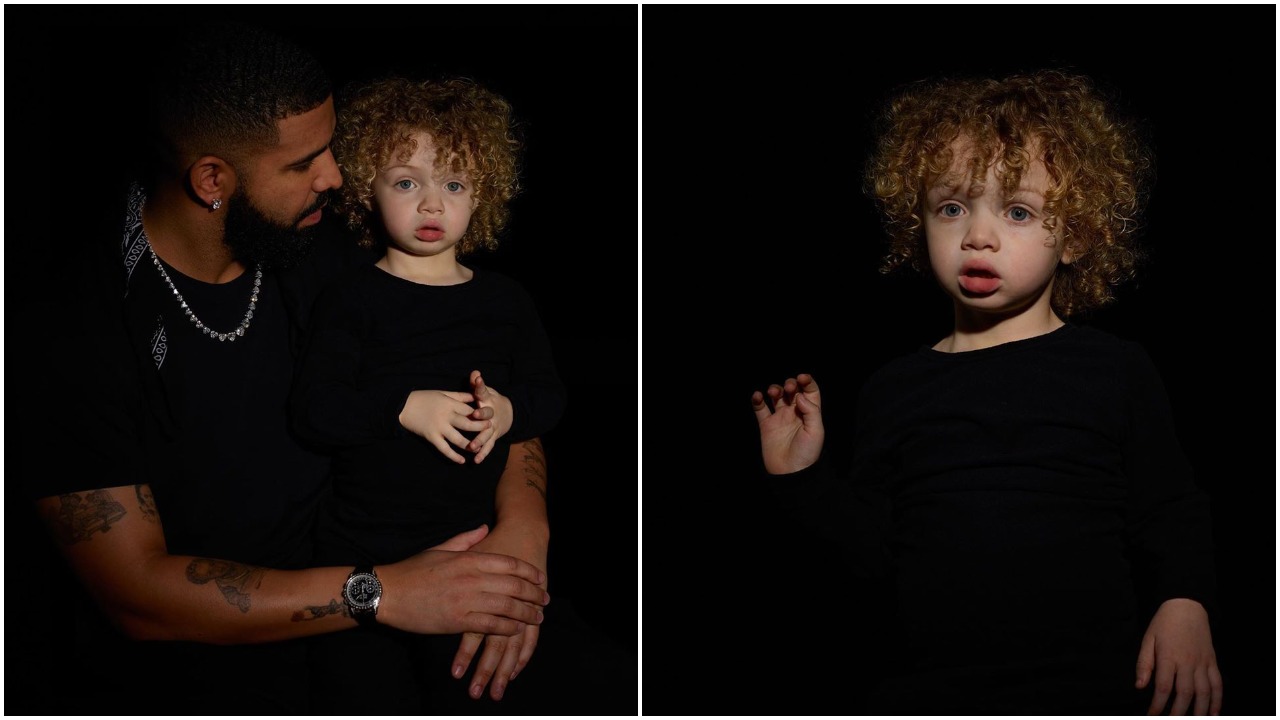 Aubrey Drake Graham who is a Canadian rapper, singer, songwriter, producer, actor, and

businessman was rocking a black designer outfit with Adonis Graham.

See photos of Drake son Adonis Graham picture leaked out on the internet below:

Drake was first rumored to be expecting a child from a super model some  2 years back , but he denied it.

Later on news and photos of Sophie Brussaux been pregnant went viral on the tabloids.

What is most important for you right now is to connect to your own inner light. This will create the biggest opening of all. Trust that you have all of the power within to make this happen, and in order to do that connect to the people and things that bring you a lot of joy. When the mind starts to move into overthinking or fear, shift your attention right away to something bright. It doesn’t matter what has happened in the past or what is happening around us now, you can always make the choice to break free of the wheel of suffering and panic and open up to your own light. We are powerful manifestors , so once you make the choice in the moment to shift your awareness to something good, it will show you in your reality. Be conscious, especially right now of fears coming in from others, and recognize that not everything should be held by you. Laughter is your best medicine, but tears can also be a powerful release. Let go of any judgment you may have around that. Remember that you are never alone, and if you need to be reminded of that ask for support and it will show up. Everything comes down to intention, and even though there are conflicting energies circling around us you must KNOW…It will rebuild. But in order for that to happen, you have to do exactly that. Trust. You have the biggest heart and that is your greatest gift. It’s impossible to always control your surroundings, but when you shift the focus to how you want to feel, everything will conspire to assist you. I love and miss my beautiful family and friends and I can’t wait for the joyful day when we are all able to reunite. Until then please keep your lights on. 🤍

Here are 3 things you didnt know about Sophie Brussaux

She Was Born & Raised In France

Brussaux was born on August 1, 1989, in Bordeaux, France, making her a French citizen. That also makes her a Leo that recently celebrated her 30th birthday.

She Currently Lives In New York

Brussaux moved to the U.S. to pursue a modelling career and currently lives in New York. And according to Ok! Magazine, she has also lived in Europe and the Middle East.

Brussaux has tagged herself in so many different locations on Instagram, it’s hard to keep

track. She’s definitely a world traveller — even after becoming a mother — and wrote on

her personal website that she’s spent “30 years travelling the world.” She’s been to Paris,

Milan, and Dubai, among tons more, and often travels to show off her art pieces. All that

on top of visiting Toronto to give her son time with his father, Drake. (narcityblog)

After 13 years in Nollywood, I started making Millions 4 years ago – Toyin Abraham