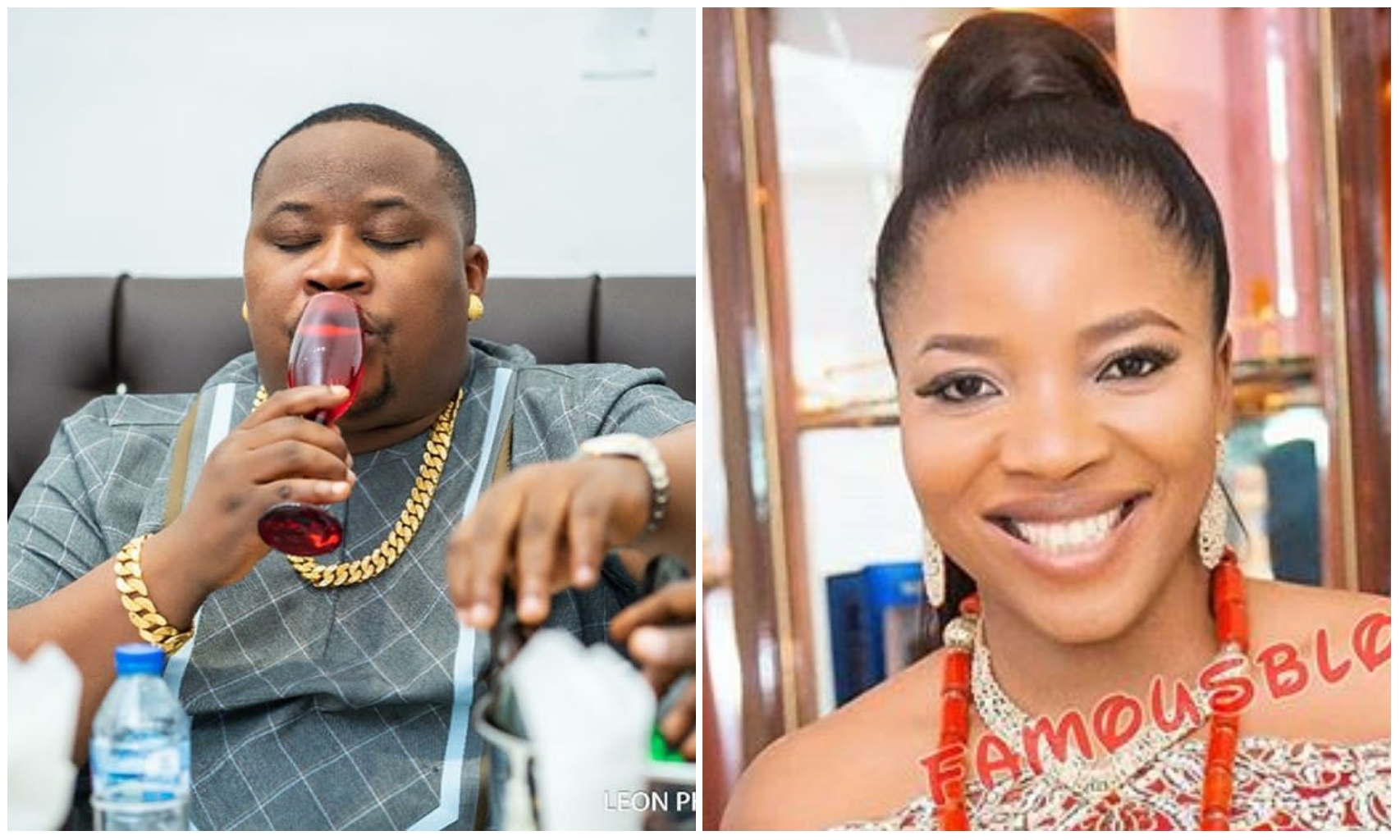 started in his drama on social media.

themselves on Instagram as they went as far as heaping abusive words on their family.

Instagram page and Sandra who seems not pleased with this commented.

Sandra made her opinion known by commenting that Cubana Chief Priest should just move.

her parents should move, a statement that saw Sandra heaping curse on his children and grandchildren. 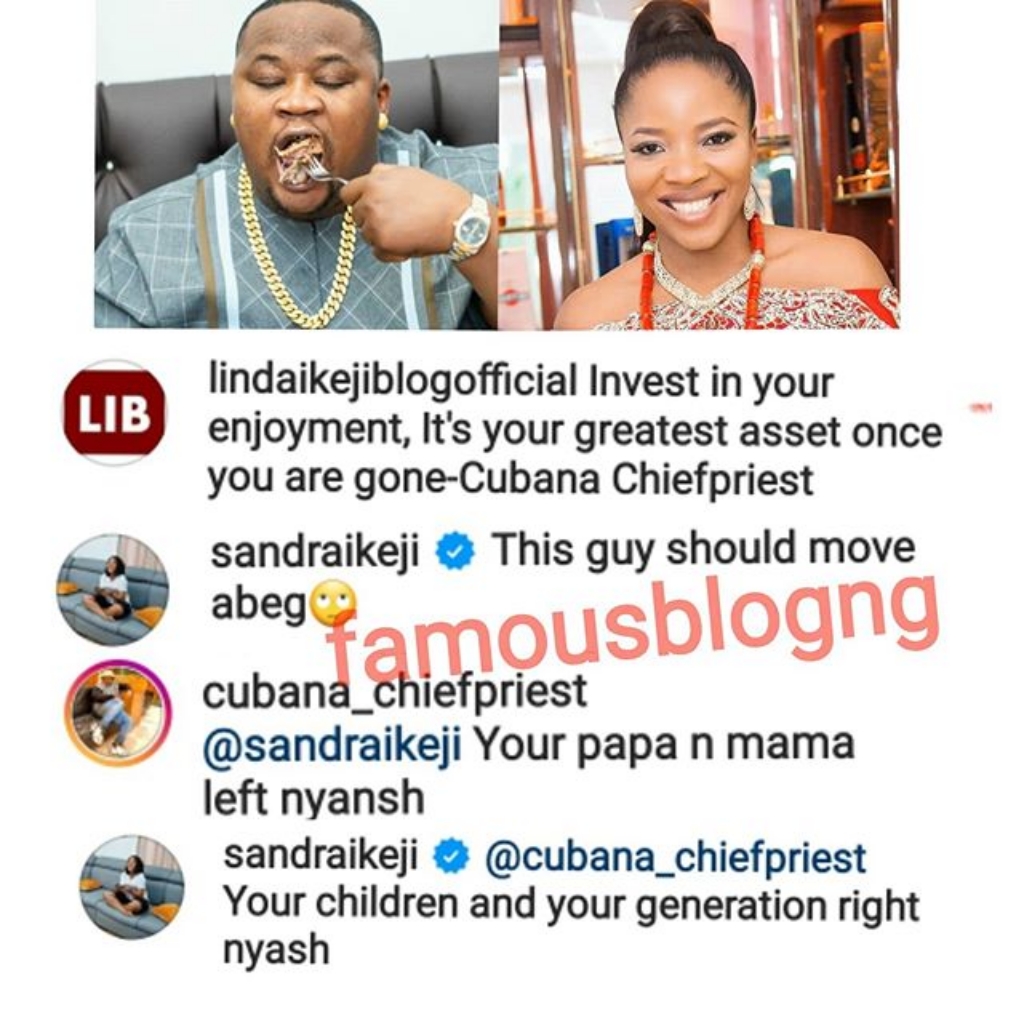 As if that was not enough, Cubana Chief Priest took to his Instagram Page to attack

Sandra by revealing how she begged him to attend her wedding.

husband drinking free at his bar.

Not pleased with this, Sandra also took to her Instagram Page to shade Cubana Chief Priest blasting him on his comment.

See their heated argument below: 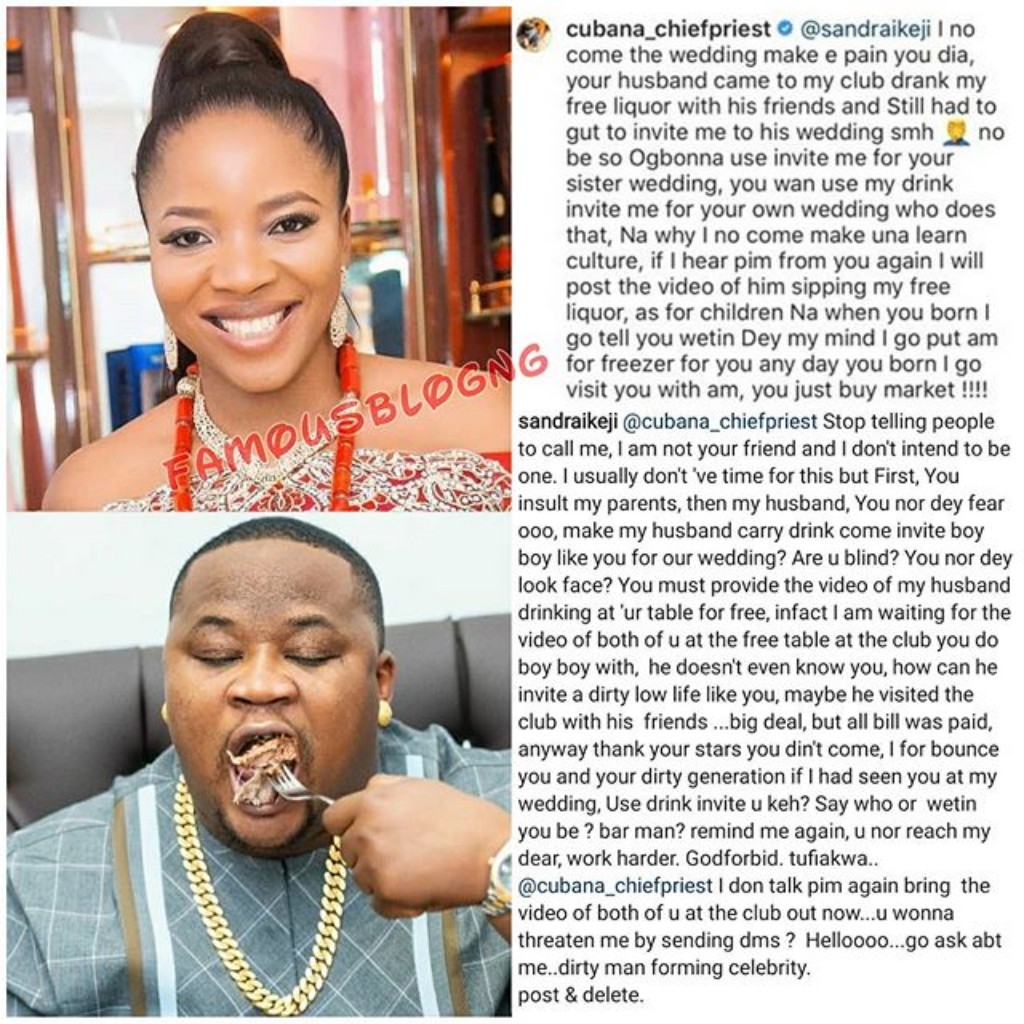