Controversial cross-dresser, Bobrisky have revealed his plans of feeding and clothing the the less privileged after the ongoing Lagos curfew is put on hold.

tollgate were dispersed by gunshots.

With some protesters reported dead while some sustaining severe injury, the Lagos

curfew on residence of the state.

attacking stores and looting valuable assets worth millions of naira.

will be helping some less privileged after the curfew.

are finding it hard to eat.

He added it’s time someone cloth and feed them, a move he will be taking up once the curfew is stopped.

Despite that he has been trolled on numerous occasions on social media,

All eyes will be on the cross-dresser if he will be fulfilling his promise once the curfew is raised by the state government. 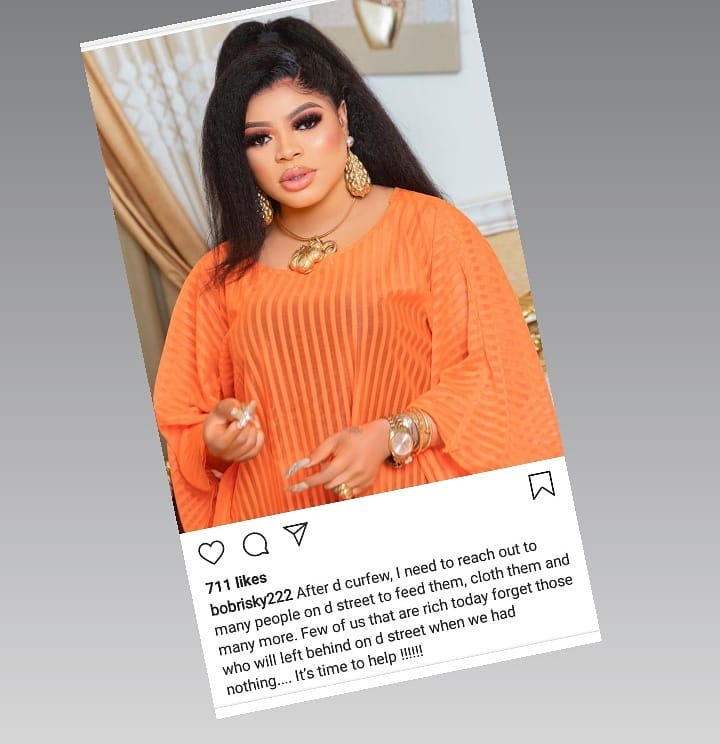