Nigerian Billionaire entrepreneur, Femi Otedola have shown to the world how much talent his embedded in him as he shows off his cooking skills alongside his son, Fewa. 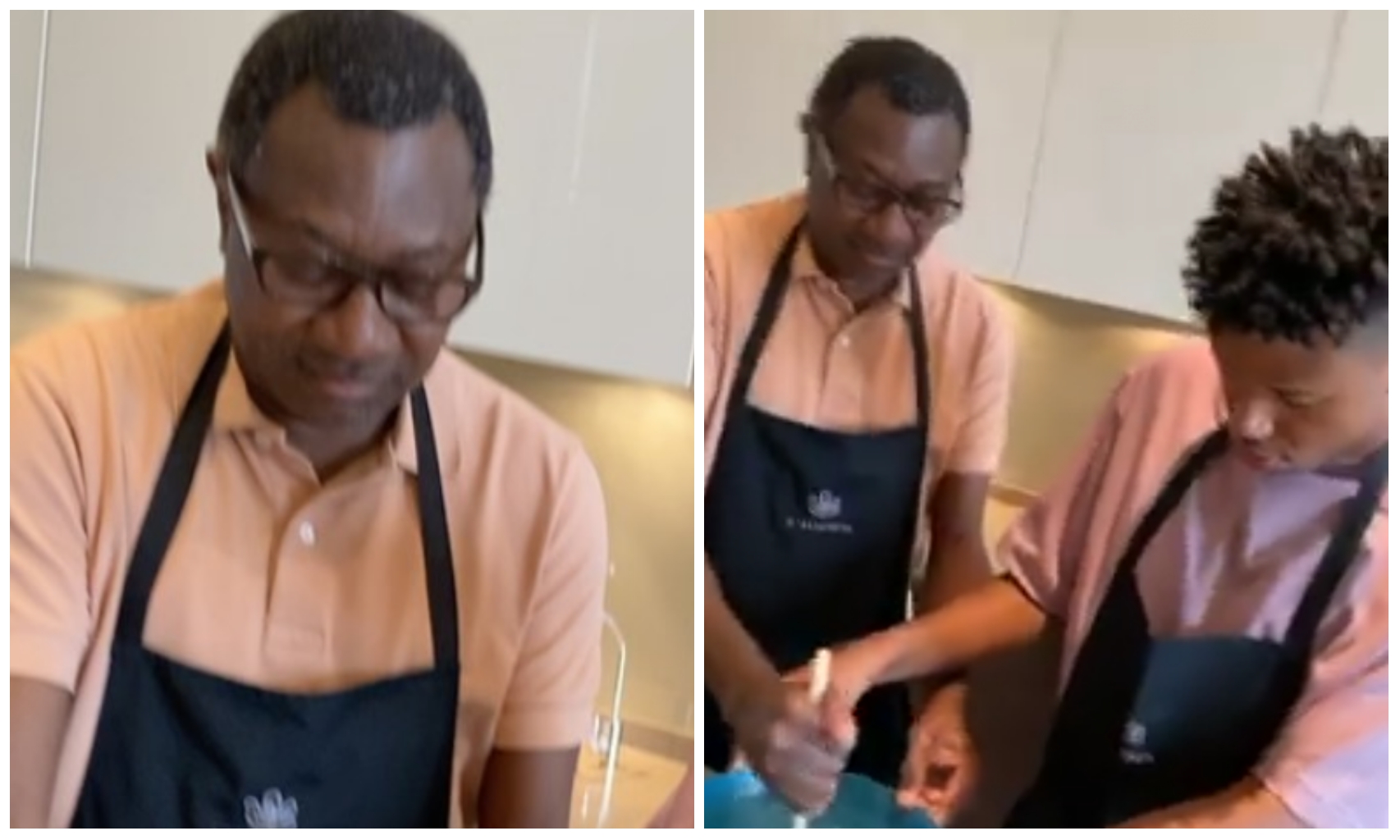 Regarded as one of the most respected personality in the world, Femi Otedola have

does not look like a trend that will stop in the next few days.

Femi Otedola some hours ago shared a video of himself cooking alongside his son,

Fewa whom he has not been shy of flaunting on social media.

The billionaire philanthropist could be seen in the video wearing an apron as he look like a man giving his son a cooking lesson.

Femi Otedola have become one of the greatest supporters his children have ever seen as he’s been consistent in showing how proud he his to have been blessed with them.