Tears of sadness has been shed and continues to be shed across the nation has news of the passing away of Pastor Ituah Ibidun‘s wife Ajayi Ibidun broke on major news platforms hours ago. 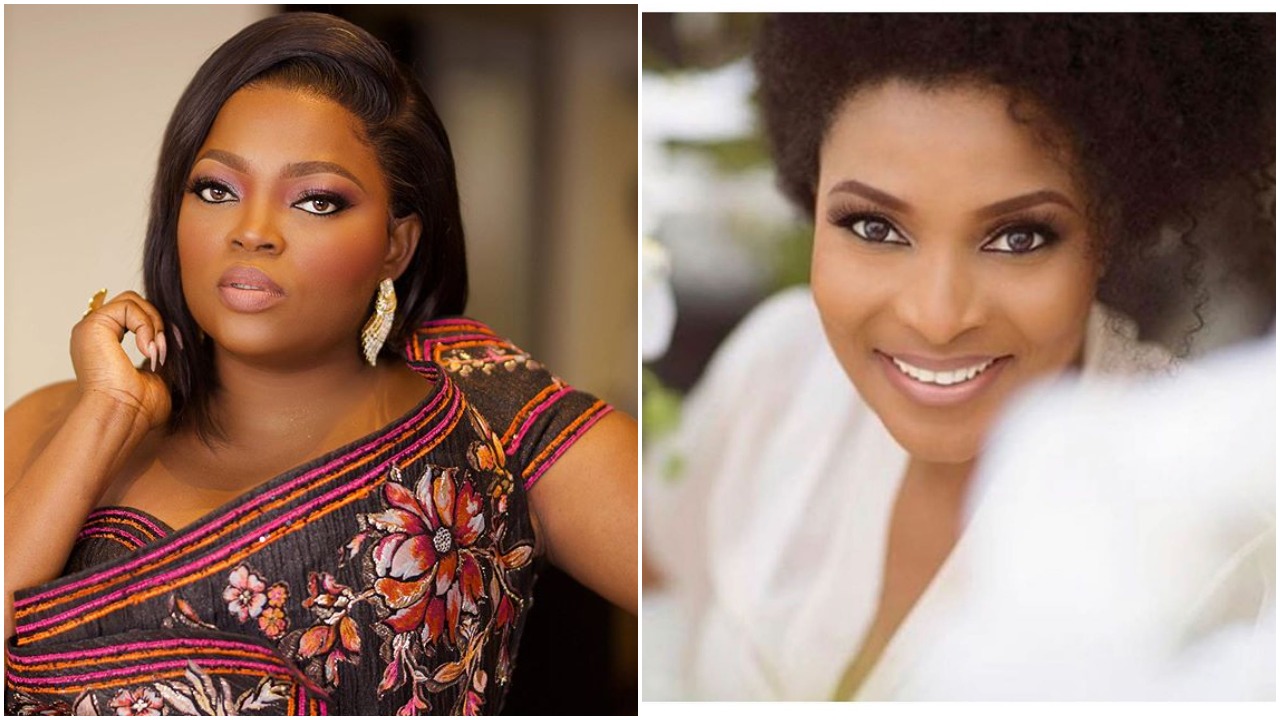 The whole nation is still mourning the murder of BBNaija former housemate Khafi’s brother whom was murdered in London on Friday.

Only to hear another heart shattering news of the death of another pastor wife this afternoon.

Reactions has been pouring in endlessly, many Nigerians whose life has been impacted by

the late Ajayi Ibidun took to major social media platforms to mourn her.

Celebrities have not been left behind, recall earlier today we broke the news of Toyin

READ
#BBNAIJA: Can you smell what Jackye is cooking as she paints the Sky Blue in Jumpsuit

lawani and actress Toyin Abraham whom where first to react to the news of passing.

Another Celebrity, Actress Funke Akindele has reacted to the news as she said she is so

confused and dont know what to write, while expressing her sadness she revealed that it

was the late Ajayi Ibidun that supported her career when she was really low,

and that the Jennifer Brand you see today was all her work.

Read her full statement below. 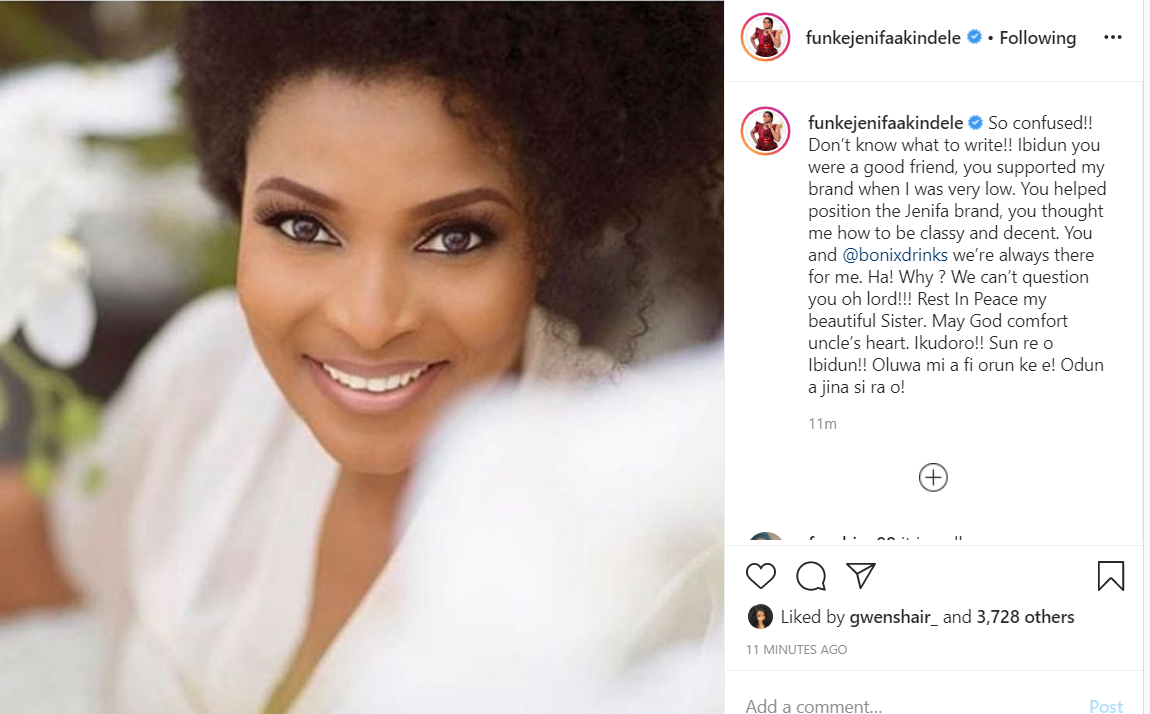