Home Entertainment ‘God will disgrace all of you’ – Nkechi Blessing send warning to...

Nollywood actress, Nkechi Blessing has sent a strong message to all haters who are criticising her activities on social media.

social media as she has continue to get herself in some dramatic scenes.

well as showing off her twerking skills that has got some fans attacking her.

smiling, Nkechi Blessing have been targeted by trolls who still mock her last

relationship which crashed months after she started flaunting her ex boyfriend.

thing about her as she noted that they all did her wrong but her God will surely revenge.

how she’s being treated by some people in her life. 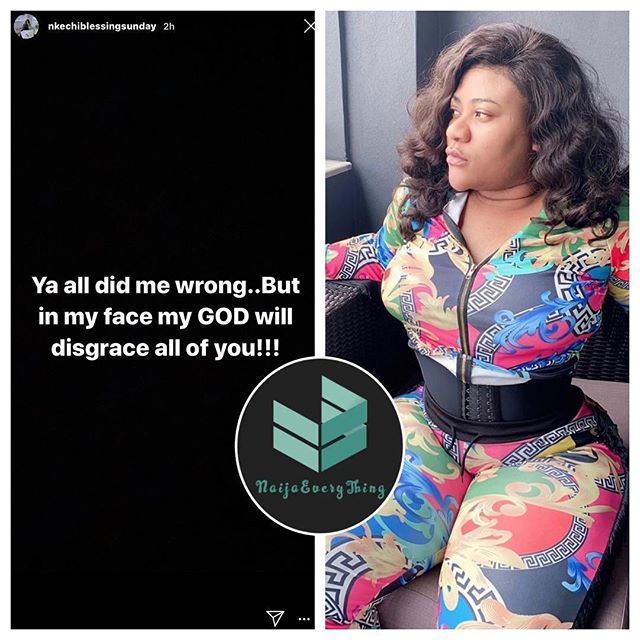 and it’s left to see if she can reveal the person.

Nkechi Blessing have been bagging endorsement deal ever since the year

began and was one of the most happiest person on Earth when lockdown rules was eased.

The talented actress stormed the street the next day to get some stuffs done having been hit by boredom for the weeks she has spent staying indoor.

I rep Industreet and not Industry – Singer, Portable reveals (video)