Home Entertainment If you do not want to feel tensioned unfollow me – DJ...

Billionaire daughter, DJ Cuppy have offered a piece of advice to her fans and followers across the globe as she urge them to unfollow her so as not to get pressured.

away as she does not look like one thinking about that.

father gave her the keys to the house, the sexy screen diva have updated fans on her

travel plans and she made sure her message was passed across well.

members and noted that it’s a girls trip to Monaco.

With the huge number of trolls on social media, DJ Cuppy urged those who might

from a man who seems to have grown fond of her.

down the aisle with her.

Its left to see whether the ‘Gelato’ crooner will be meeting the mystery man before the year runs out or everything will remain the same. 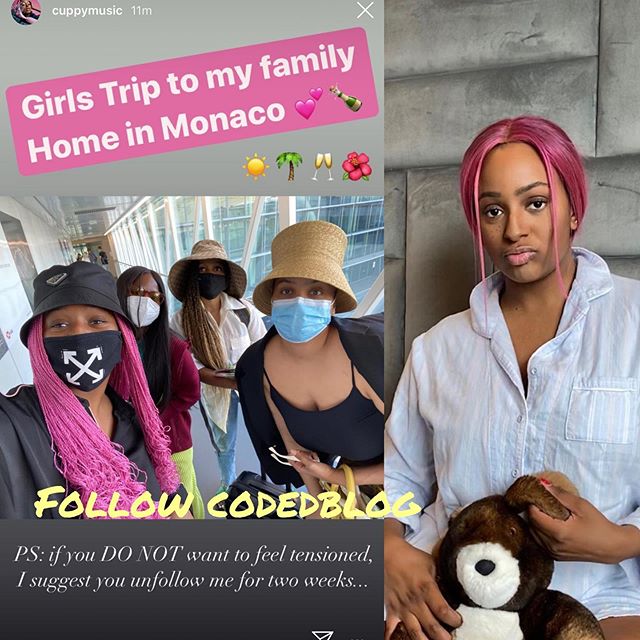 I want to Contest for Miss World Next year – Bobrisky