Home Entertainment BBNaija ‘Having beef with me doesn’t mean I have beef with you’ –...

Big Brother Naija season four winner Mercy Eke has a message to all those hating and shaming her as she note that she does not beef them. 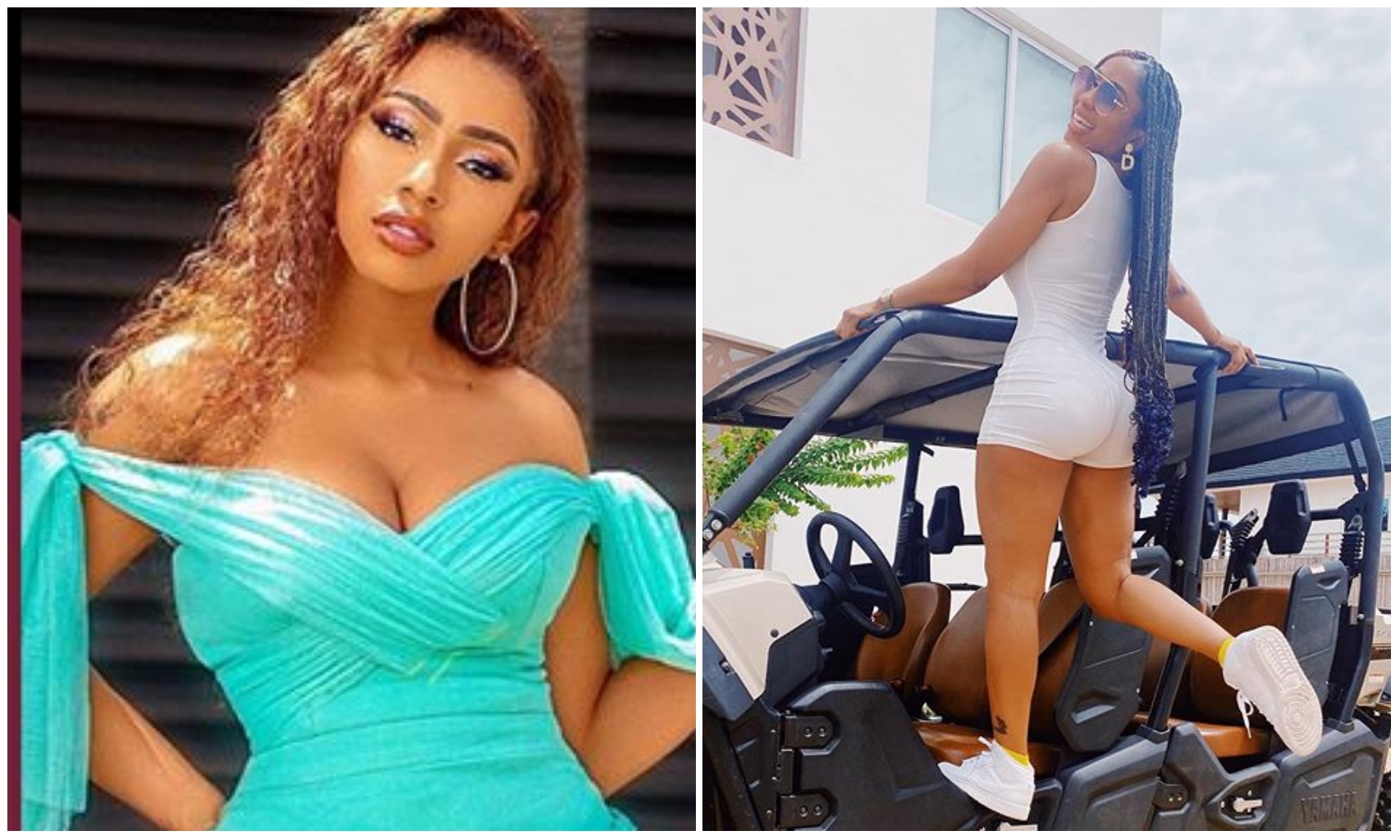 hating and beefing her.

The sexy screen diva have been trolled on numerous occasions and

not been yielding to her reactions as they’ve continue trolling her.

noted that she would not be beefing them even if they are beefing her.

her have time but she did not have such time beefing people.

talented celebrities as she has been investing in different brands.

estate business that have been receiving massive response from fans

READ
#BBNaijaReunion: Venita weeps profusely as she speaks about her divorce (Video)

continue their hatred as her fans would be glad she does not have time for such. 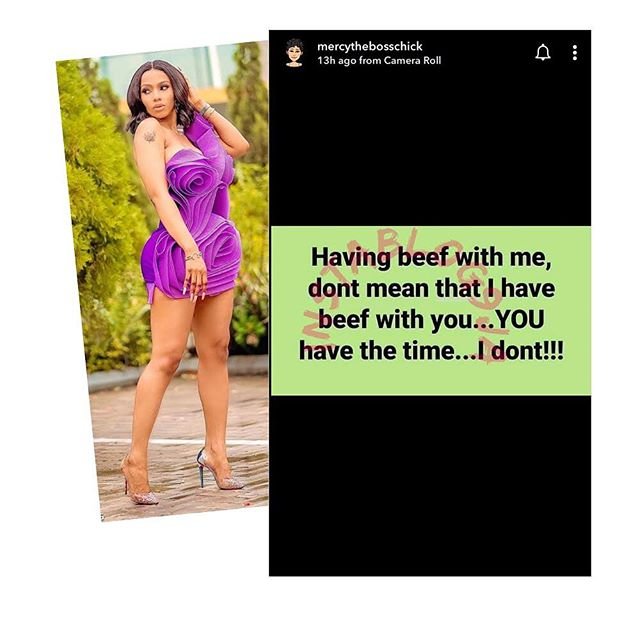 Violette Johnson - September 6, 2019 0
Sometimes I wonder if marriage is finally having a fantastic effect on her, as presumably she was seen as that serious minded lady before...

James Antwi - October 14, 2019 0
A daughter of one of the richest men in Africa has warmed up her followers to stunning new photos as she looks stylishly glowed...

Violette Johnson - August 30, 2019 0
Not bad a record who had previously goofed about making a whooping N5million every single day as a beauty entrepreneur...though she admitted latter that...

Violette Johnson - November 2, 2019 0
Reigning Nigeria actress nkechi blessing has cry out to fans and lover to come to her aim as she was threatened by some tout...

Violette Johnson - September 4, 2019 0
And the drama rolls on, the latest Nigerian celebrity to make his appearance known on the current xenophobic attacks on Nigerians in South Africa...