Home Entertainment I was inspired by the Holy Spirit to do a tribute for...

Talented Gospel singer, Tope Alabi has revealed how hard it was to compose a tribute for Ibidun Ighodalo noting that she was inspired by the holy spirit. 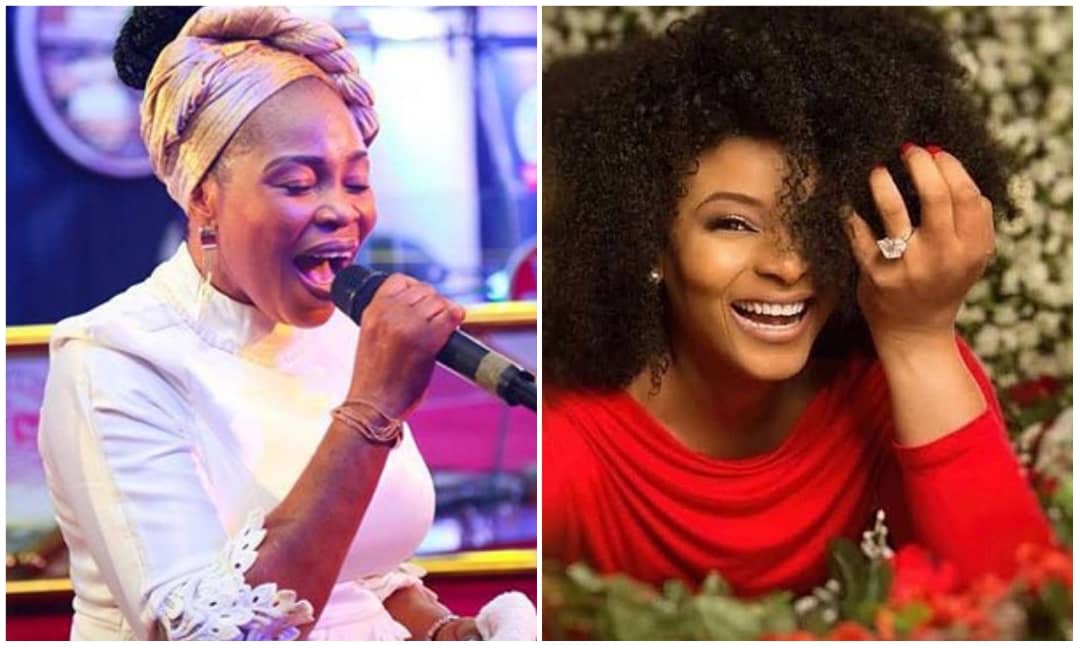 It would be recalled that Mrs Ibidunni Ighodalo, popular businesswoman and wife of the

have been pouring in on social media in honour of the former beauty queen.

Tope Alabi also released a song in her memory. The highly emotional song has been a topic

of discourse on social media.

In an interview with Saturday Beats , Alabi said she was divinely led to release the tribute

in honour of Ibidunni who she described as an angel .

She said;
“ The late Pastor Ibidunni Ighadalo was a very wonderful woman of God .

I met her at her husband ’s church and I hugged her and when I did that , I felt the spirit of God telling me that she’s an angel .

I never knew she was going to leave us soon but I just loved her spirit and have been going ( since then) to the church for ministration .

“ She was so respectful that you couldn’ t tell that she was such a ‘big ’ woman .

She was very humble . My fondest memory of the late Ibidunni was her beautiful and smiling face . From her face , you could see her beautiful heart.

‘’ When I heard that she had died, I was so down because I couldn’t hold down the emotions . For hours , I was devastated ; her death was a big blow . My husband had a headache throughout that day.”

“By the second day , I was inspired by the Holy Spirit to do a tribute for her. I asked myself whether people would like the idea and if she was not too young . Many questions ran through my mind . But because it was the Holy Spirit that gave me the directive , I couldn’t say no.”
“ I wondered how it would sound in the ears of people . The Holy Spirit brought the song to me while I was taking my bath ; he gave me the song as a whole .

I couldn’ t sit down to think about a song because I was still down.”

‘I thank God for giving me such a wonderful tribute in honour of her. I know the tribute was not a mistake at all . I believe so strongly that what God told me when I met her was the truth .
She was an angel ; God doesn ’t make mistakes . It is not the physical things that we see that matter. His ways are not our ways .”

The singer further said that the death of Ibidunni was a reminder that everyone should live a fulfilled life.

our purpose on earth .

If there is something that you haven’ t done and still dilly-dallying about it , you should sit down , pray and ask for direction.

No matter how young or old you are one should leave a trademark on earth , she added .

“I am not disturbing you oo!” – Tuface Idibia’s daughter Isabella cheekily replies her mom, Annie