Award winning female disk jockey, DJ Cuppy has assured trolls on her social media platforms by claiming she does not believes in blocking fans.

seen some going as fast as blocking them so as to avoid future occurrence.

exploit his or her weakness.

However, DJ Cuppy is not in the mood for blocking any trolls on her page as she

noted that she has never never and would not be starting soon.

I don’t believe in blocking people; I have never blocked a single person on social media in my life ? 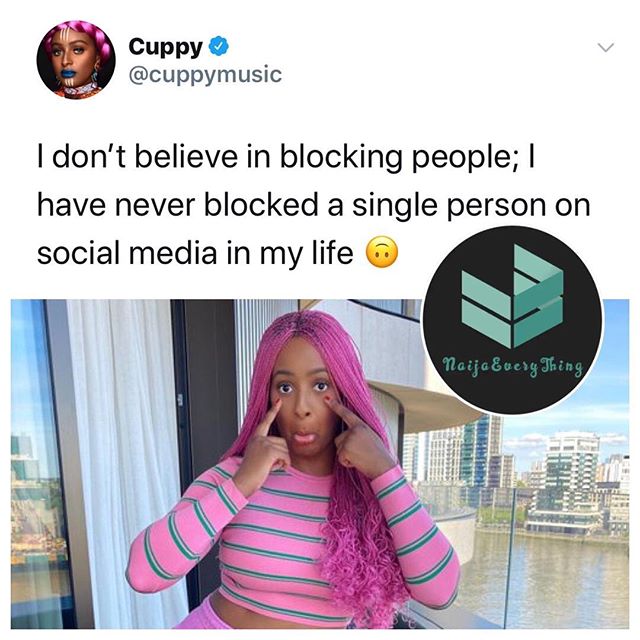 DJ Cuppy have grown a huge fans base on social media and she has had her share of trolling in the past few years.

Just some days ago, DJ Cuppy was dragged by his fans and followers over his relationship with British boxer, Anthony Joshua.

DJ Cuppy who had earlier mocked all her ex boyfriends could be seen on Anthony Joshua’s timeline trying to flirt with him.

However fans who were not pleased with her action trolled her as they noted that Anthony Joshua is no more interested in her.

Bobrisky shows love to Mompha, congratulates him on being freed by EFCC