Billionaire daughter and disk jockey, DJ Cuppy has updated fans about her day to day routine as she brags about driving past Chelsea Football Club home ground. 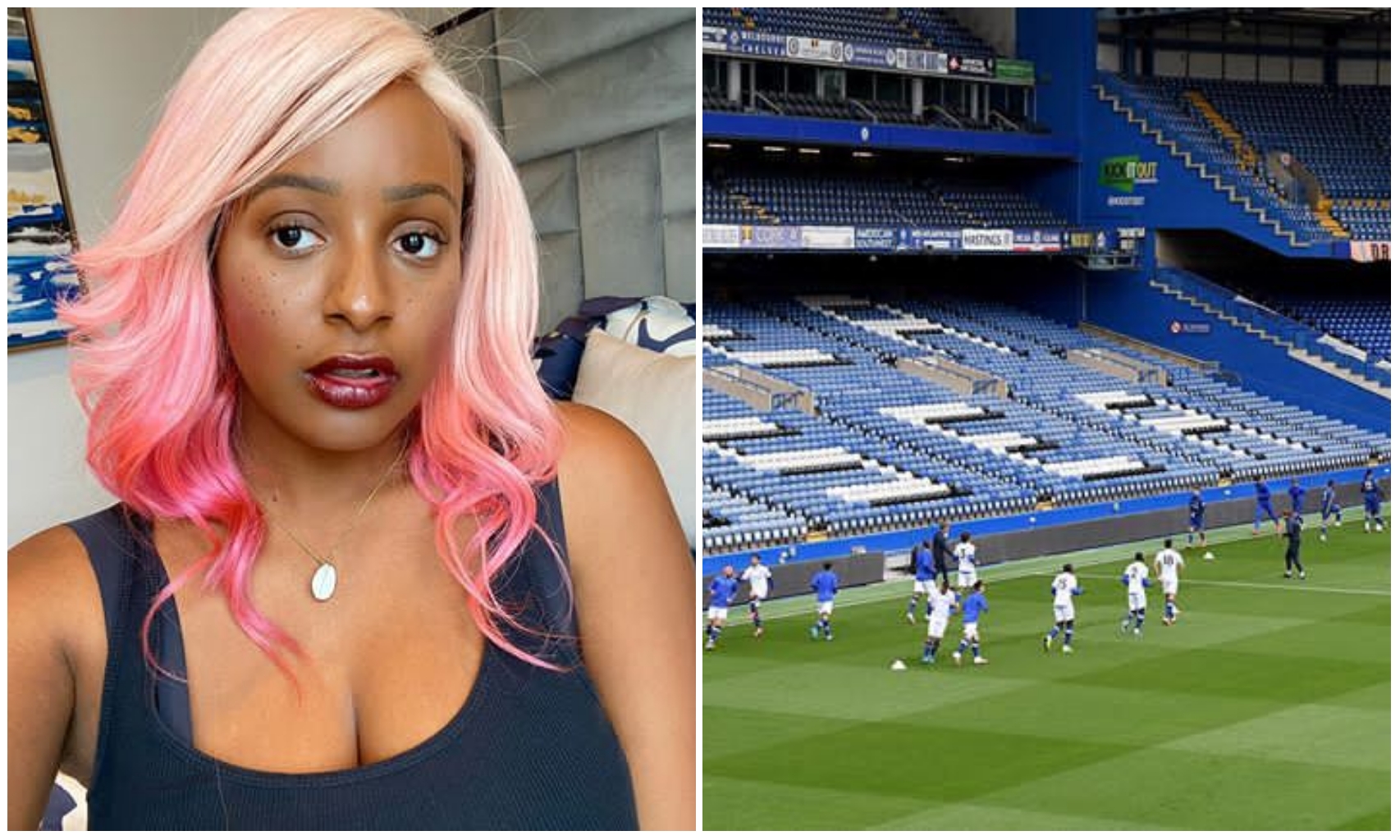 getting the chance to see the home ground where their club play every week.

Despite not being a football fanatics, DJ Cuppy have the priveledge of seeing the

home ground of London club, Chelseafc as she claims she drive past it everyday.

to day activities and that does not look like one that will be stopping anytime soon.

can have the opportunity of seeing Frank Lampard’s team train every day. 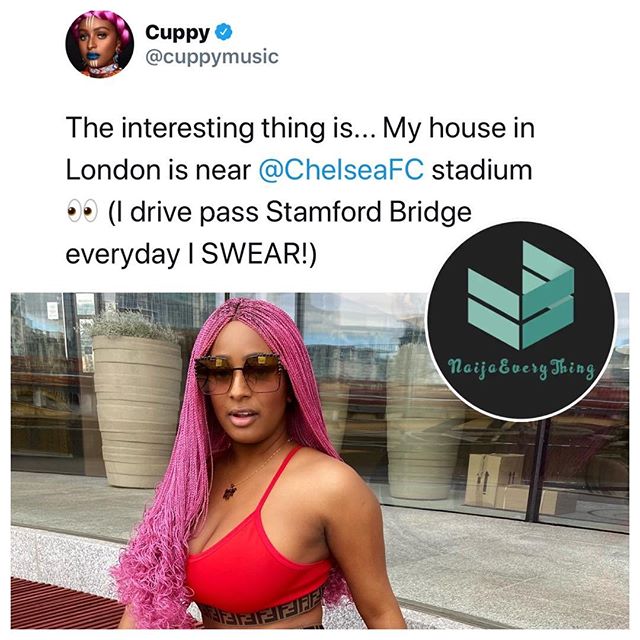 but it’s left to see whether she will be attacked for bragging about her routine.

her chances of seeing Chelsea play live will surely be delayed as matches are being played behind closed doors.

We Are All Beggars On Earth!!! – Actress Toyin Abraham As She Shares Cute Pics In Her New Ride