Nollywood actress, Mide Martins have shared her opinion on mother-in-law drama as she insist she won’t take rubbish from anyone. 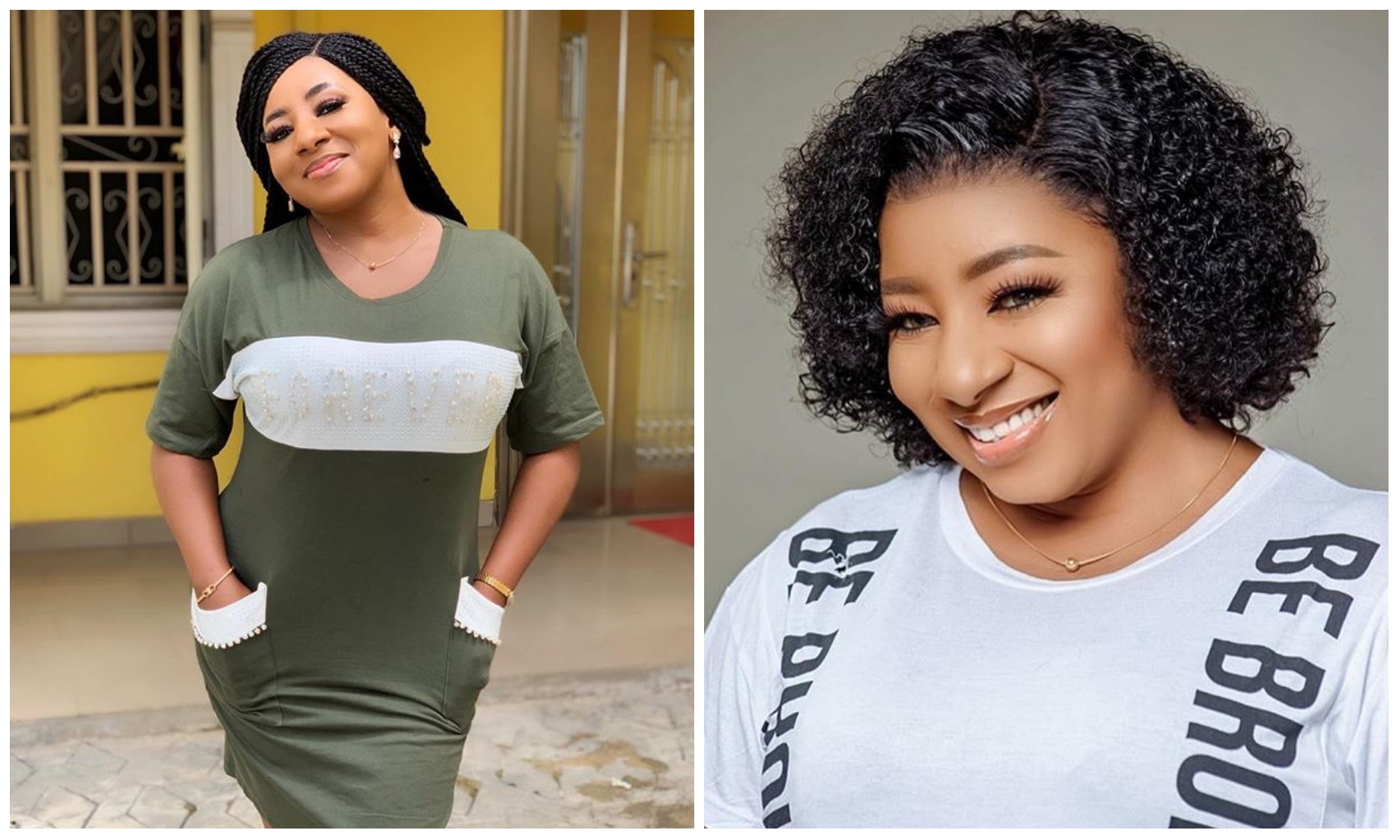 don’t want a mother-in-law in their marriage.

This now seems to be the case of Nollywood actress, Mide Martins who

in a mother-in-law drama.

With know your legend challenge still trending on social media, a fans who

the first woman in history to engage her mother-in-law in a physical combat.

Reacting to this, Mide Martins noted that the message was well composed as she

will not take any rubbish from her in-law.

Reacting to the picture, she wrote:

Whoever Composed This You’re
Doing Well O. Continue God Dey ???
Me Sha Will Not Take Any Rubbish From
Any Yeye Mother-In-Law. If She Pass Her Boundary
I Will Put Her Back In Her Place Chikenah!!!
Emi o ma raye robo-rebe awon iya oko yen
But naa inside film ooooooo ???? 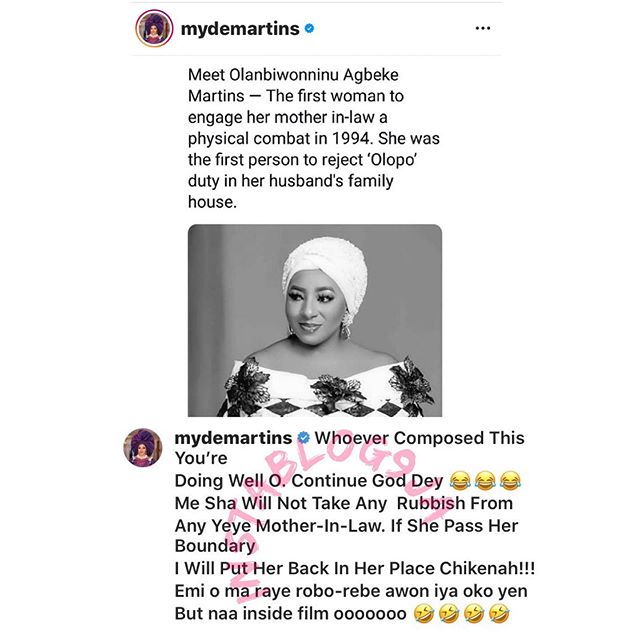 Mide Martins is married to Nollywood actor and filmmaker Afeez Owo and both lovers have not been shy in displaying their love and affection to each other.