Home Entertainment ‘I would go with a pot belly man than a broke six...

Controversial male barbie, Idris Okuneye popularly known as Bobrisky is back on social media with his drama as he explains the kind of man he would go for.

social media with their pictures, Bobrisky remain the number one cross-dresser

in the industry and he does not look like someone that’s resting on his laurels.

Bobrisky who have become famous for showcasing his expensive lifestyle

on the Gram have now disclose how far he can go for money.

With ladies across the country always dreaming of a man with six packs and beard, Bobrisky is not interested in all that but money.

pot bellied man than a man who has six packs, beards and other lovely attributes. 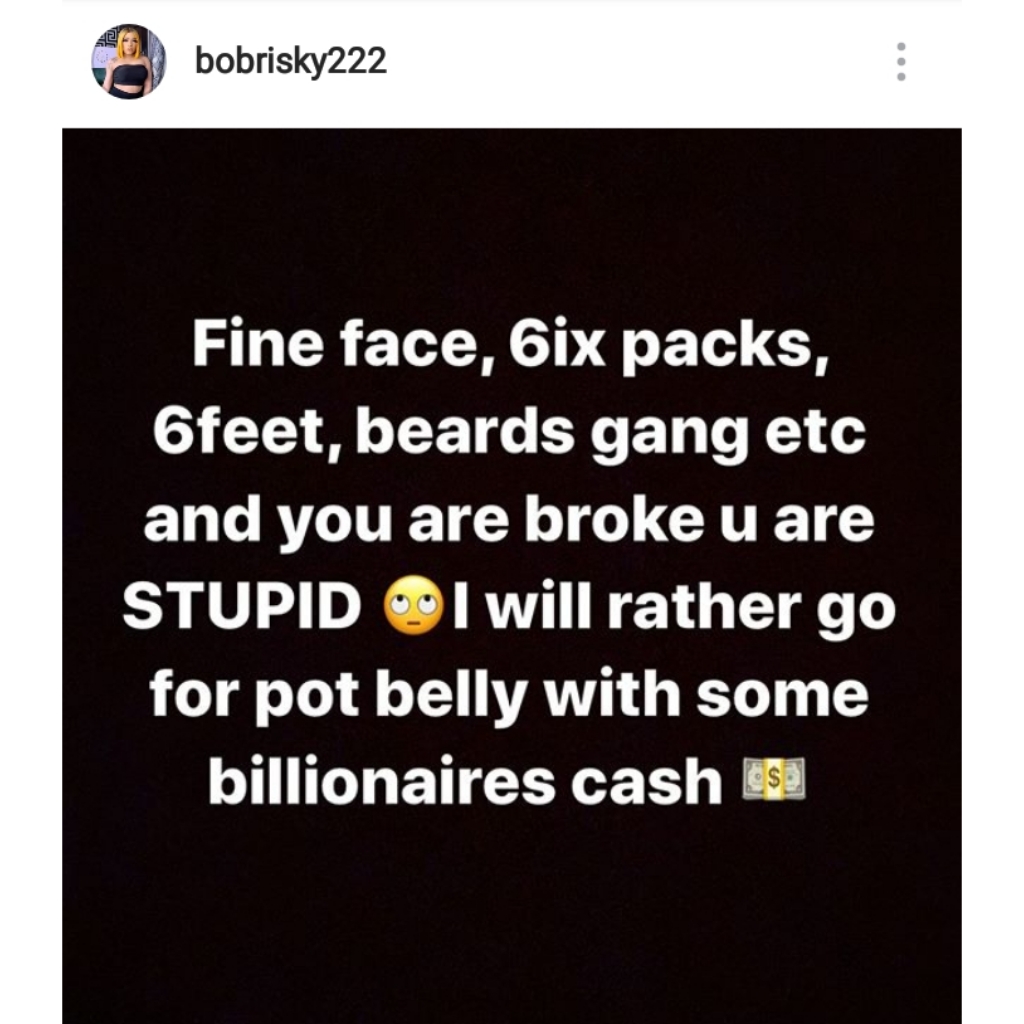 Though some top celebrities in the industry have been shading Hushpuppi

ever since he was arrested by the FBI, Hushpuppi stood by him by blasting those celebrities.

He will however be hoping fans do not attack for the kind of man  he has choosen to date because of money.