A military plane has crashed into a residential area near the city of Rawalpindi, Pakistan, killing at  least 18 people and leaving several others injured. 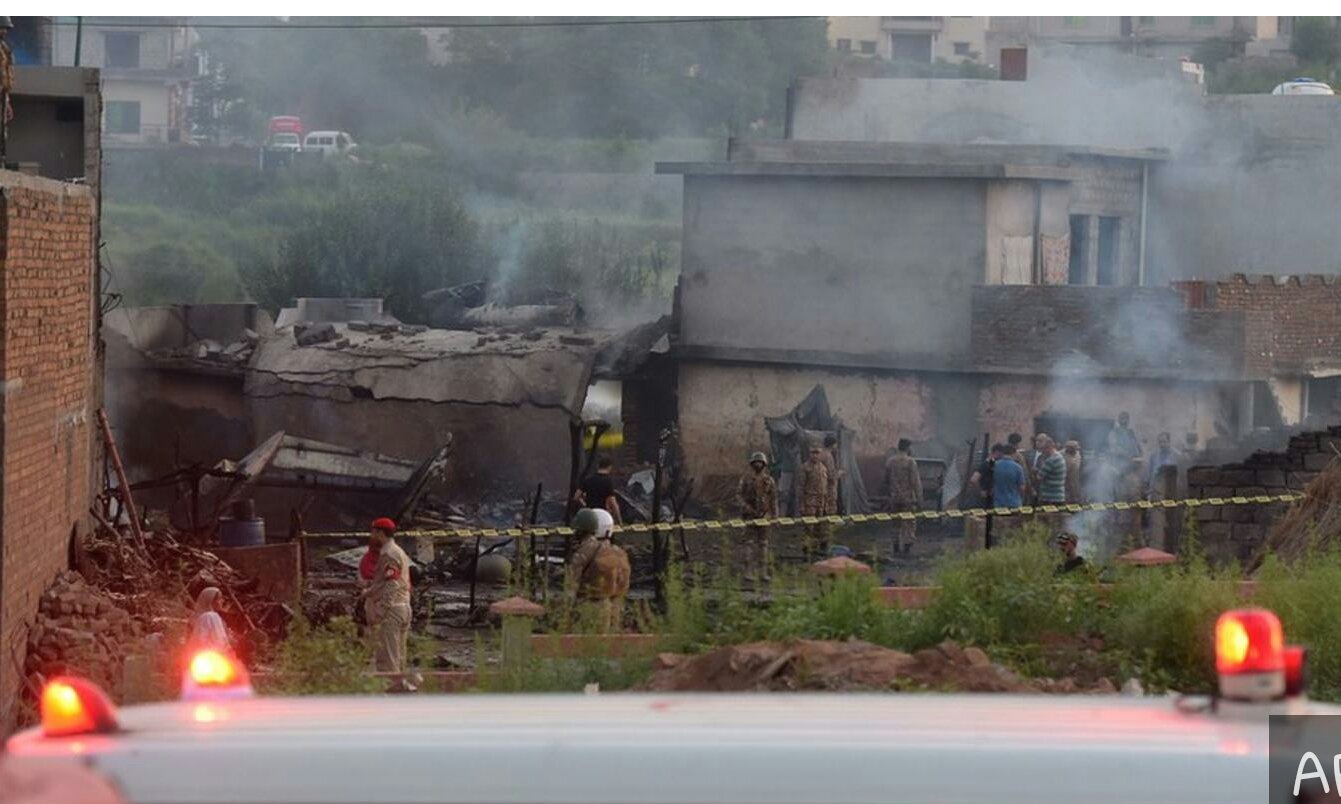 Included in the death list are  five crew members and 13 civilians.

The King Air 350 turboprop crashed when it was on a training flight and set off a fire across the nearby homes. Rescue services said that the Aircraft took a steep turn near its destination airport before coming down.

According to a witness, the plane was already ablaze before the crash.Another witness further stated that the Aircraft crashed into a  family home in the residential area around 02:00 local time (7:00GMT)

In addition, Yasir Baloch, also a witness at the scene, 7said, “The tail of the plane was on fire and it took barely two to three seconds and it crashed four houses away from my house and burnt to ashes.

Pakistani’s emergency rescue services said that the injured victims have been rushed to the hosputal whiles identification of the dead bodies were to be carried out as well.

Furthermore,  the aircraft belongs to the Pakistani Army’s  Aviation Unit.

Rawalpindi, located close to Pakistani’s capital,  Islamabad is where the Pakistani  army has its headquarters.